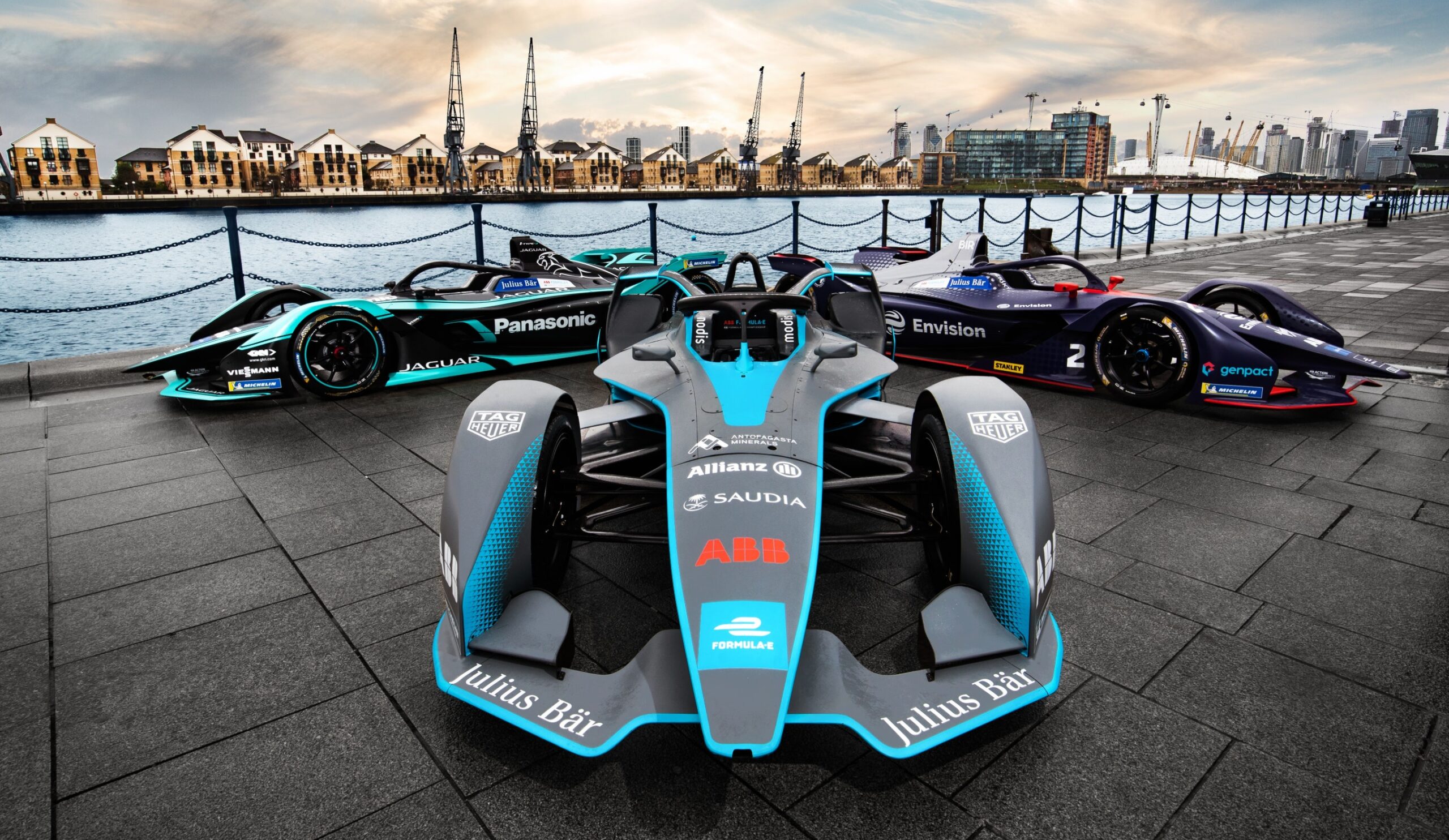 While over at Formula 1 they are lamenting the loss of the roaring V10 engine sound, now replaced by a muted hybrid, here at the Formula E garage, they are making the race cars noisier. In the first place, an FE race car can fly by you at 175mph and still emit no more than a tiny sharp whistle, which comes from the gearbox. For diehard racing fans, this is one of the key reasons that FE is less than exciting.

The 2022/2023 season, however, will see a new 3rd-generation race car with massive changes that will improve performance, sustainability, as well as how the electric race cars will sound. And before you think that they will sound anything like their F1 cousins, we’ll tell you now that they don’t.

Instead, depending on which team’s car, they sound very much like a mix of a fighter jet, aeroplane and even an aircraft or two from movie science fiction. Season 8 of Formula E will give the feels of Top Gun meets Days of Thunder meets a little bit of Star Wars.

Listen to the 11 new cars when they took to the track for the first time for pre-season testing in Valencia. Out of the 11 teams, which one’s your favourite sound (and new livery)?

Another improvement to the Gen3, according to the FIA, is that at least 40% of the energy used within a race will come from regenerative braking during the race, making it the most efficient racing car in the world; the Gen3 will be lighter and smaller than its predecessor, making it faster and more agile; and the electric motor capable of delivering up to 350kw of power has a power-to-weight ratio twice that of a 470BHP internal combustion engine.

The 2021/2022 season of Formula E will take place in Diriyah, Saudi Arabia on 28 and 29 January. We’ll find out then how these cars will really sound against a city environment.