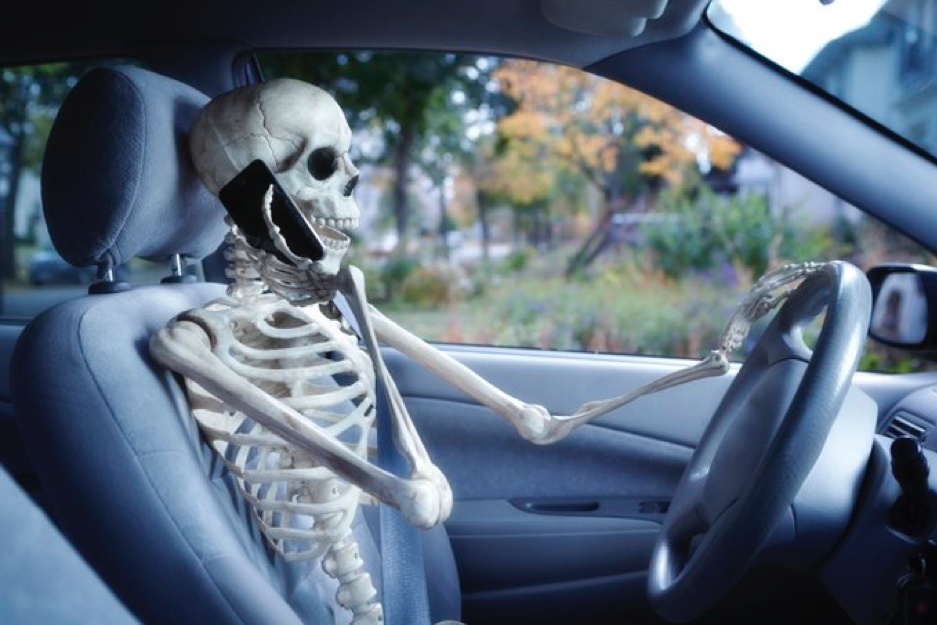 Most of USA’s congested areas have car-sharing or High Occupancy Vehicle lanes, colloquially known as HOVs. The basic idea is that if you are sharing your car with others, you can use the lane which is supposed to be less congested and thus have a faster journey to work.

The lengths that some people will go to beat the system are extraordinary. This includes dressing a skeleton up and strapping it to the passenger seat in what proved to be a forlorn attempt to trick the local Traffic Police. Okay, it wasn’t a real skeleton, just a Halloween-style dummy wearing a bucket hat, but the attempt was very real.

The Arizona Department of Public Safety published an image of the Halloween dummy still strapped into the passenger seat on their Twitter Account:

Think you can use the HOV lane with Skeletor riding shotgun? You’re dead wrong! ☠︎ One of our motor troopers cited the 62-year-old male driver for HOV & window tint violations on SR-101 near Apache Blvd this morning. #NiceTry #YoureNotHeMan #AZTroopers pic.twitter.com/wQYY831mNY

The unnamed motorist who was apparently 62 years old was given a ticket, according to the authorities. According to the report, he had used the dummy because he wanted to get to work on time—of course, leaving the house on time would be another way of getting to work on time, but not anywhere near as inventive. He now joins the 7,000 other people that will contribute to the State by paying fines for violating the HOV on an annual basis. One good thing, though—at least Skeltor was not on the phone…

More in whysoserious
Miniature Bus Takes to the Streets of London
August 4, 2018