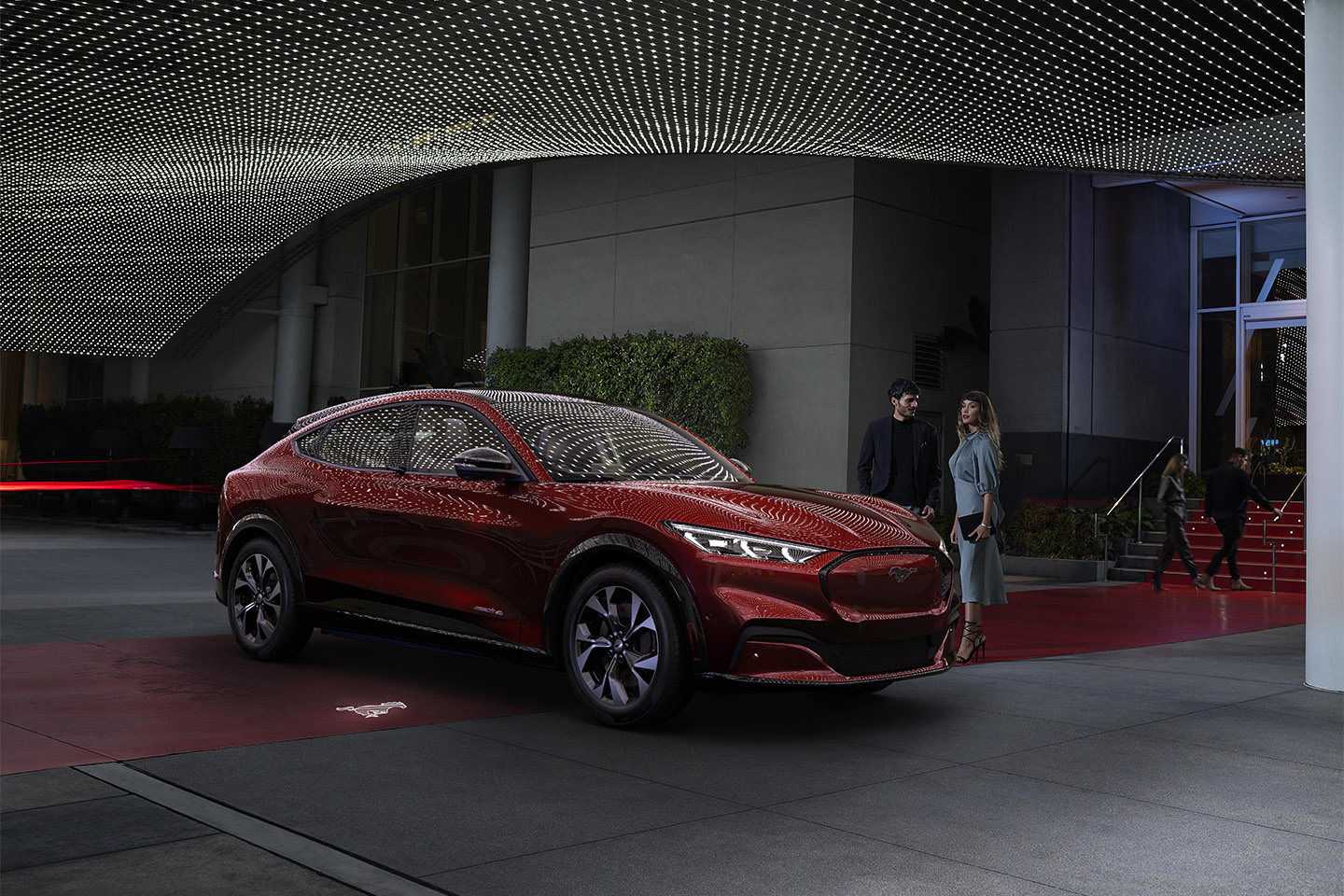 A few weeks ago, Ford announced that they would be developing an all-electric version of the Mustang. To put it simply, this was possibly the most controversial Ford of any generation, even more scandalous than the Edsel. Judging by the mutterings of the petrolhead netizens, the move was tantamount to heresy: how could Ford mess with one of THE icons of muscle cars?

The very name Mustang almost epitomises fuel-guzzling muscle cars with V-8 engines. It is a much-loved and somewhat emotive name. So then, how could it possibly ever be associated with a high-sided road-going vehicle that does not run on fossil fuel? Was this a bold move or an attempt to sully the good name of a piece of automotive history (well, at least in North Americaland). Rumour has it that there was much wringing of hands within the company, with many believing that the name should have just been the Ford Mach-E. 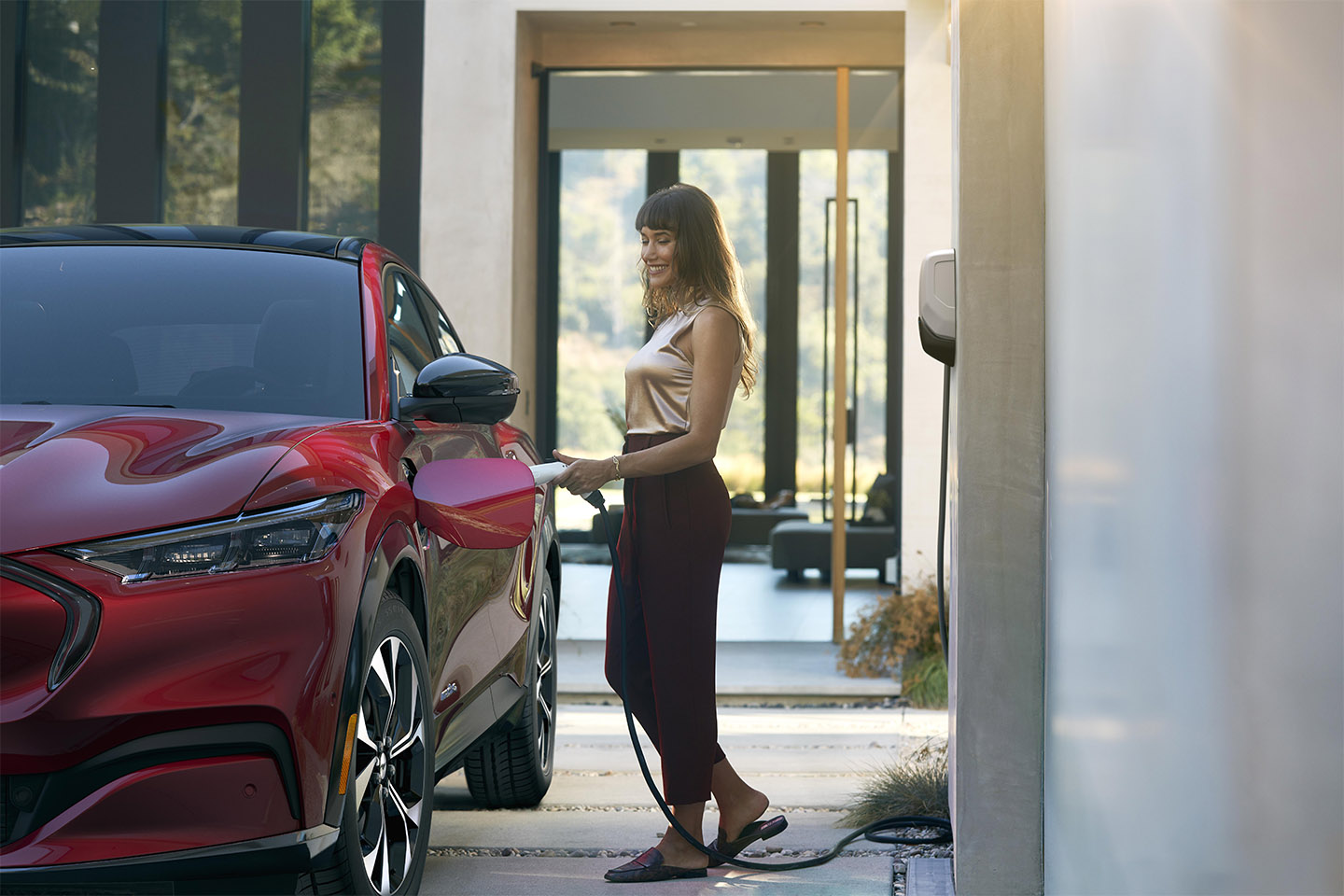 Well, perhaps there was a bit of method to their collective madness, with the news that the Big Blue has a number of performance cars up their sleeves, all of which will carry the pony badge logo and raising the tantalizing notion that the Mustang will become a performance car sub-brand. The Mustang Mach-E electric SUV, which is Ford’s first bespoke EV, is also the first time in 55 years that the Mustang logo has been applied to anything other than, well, a Mustang.

It may be a big leap to presume that this is the start of a performance sub-brand, but whilst the Mustang Mach-E is officially a Ford and duly listed on their website, you sort of need to take a closer look. You will not find one blue oval anywhere on the exterior of the car—just the trotting pony logo on its nose and tail just as you would find on the original Mustangs. 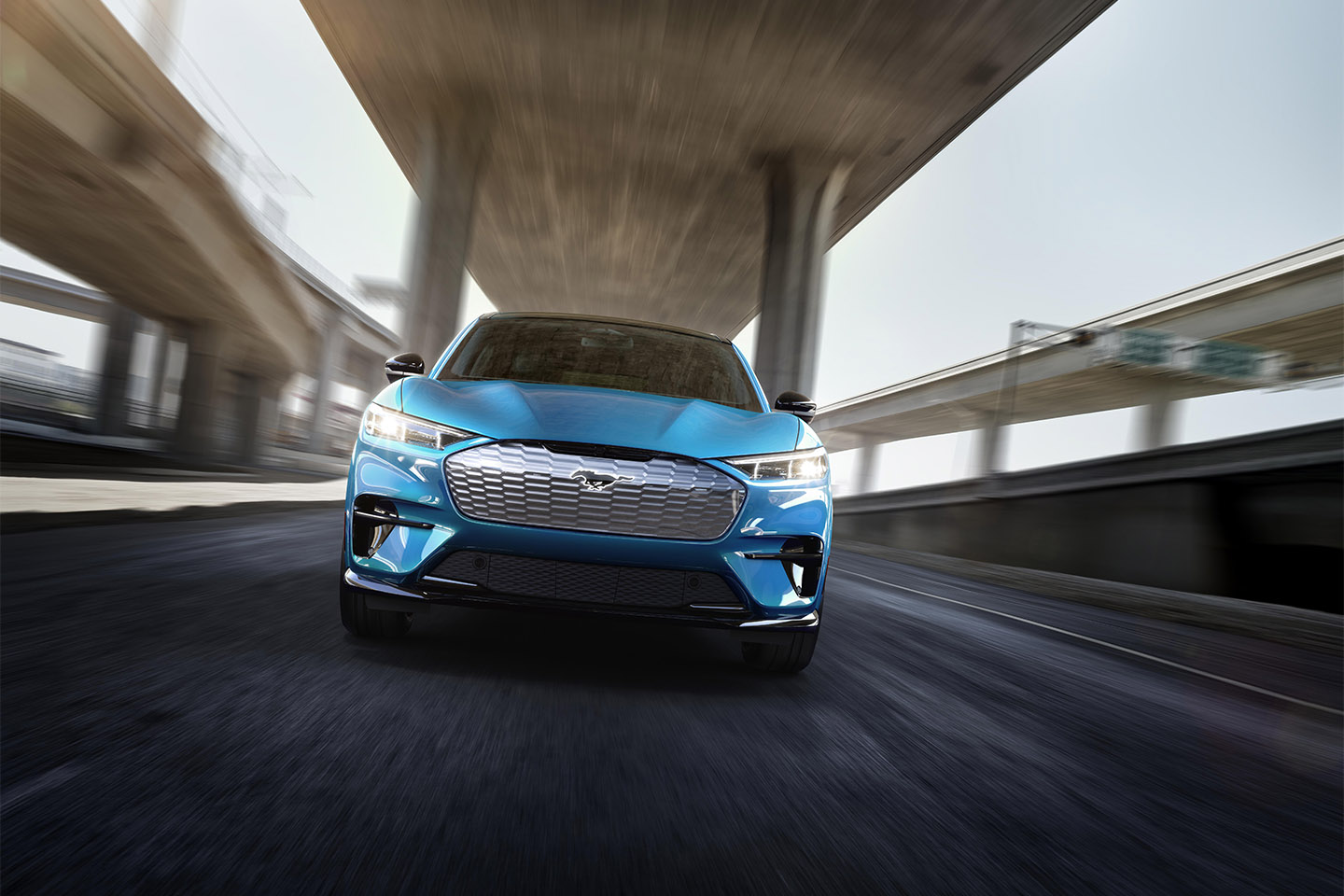 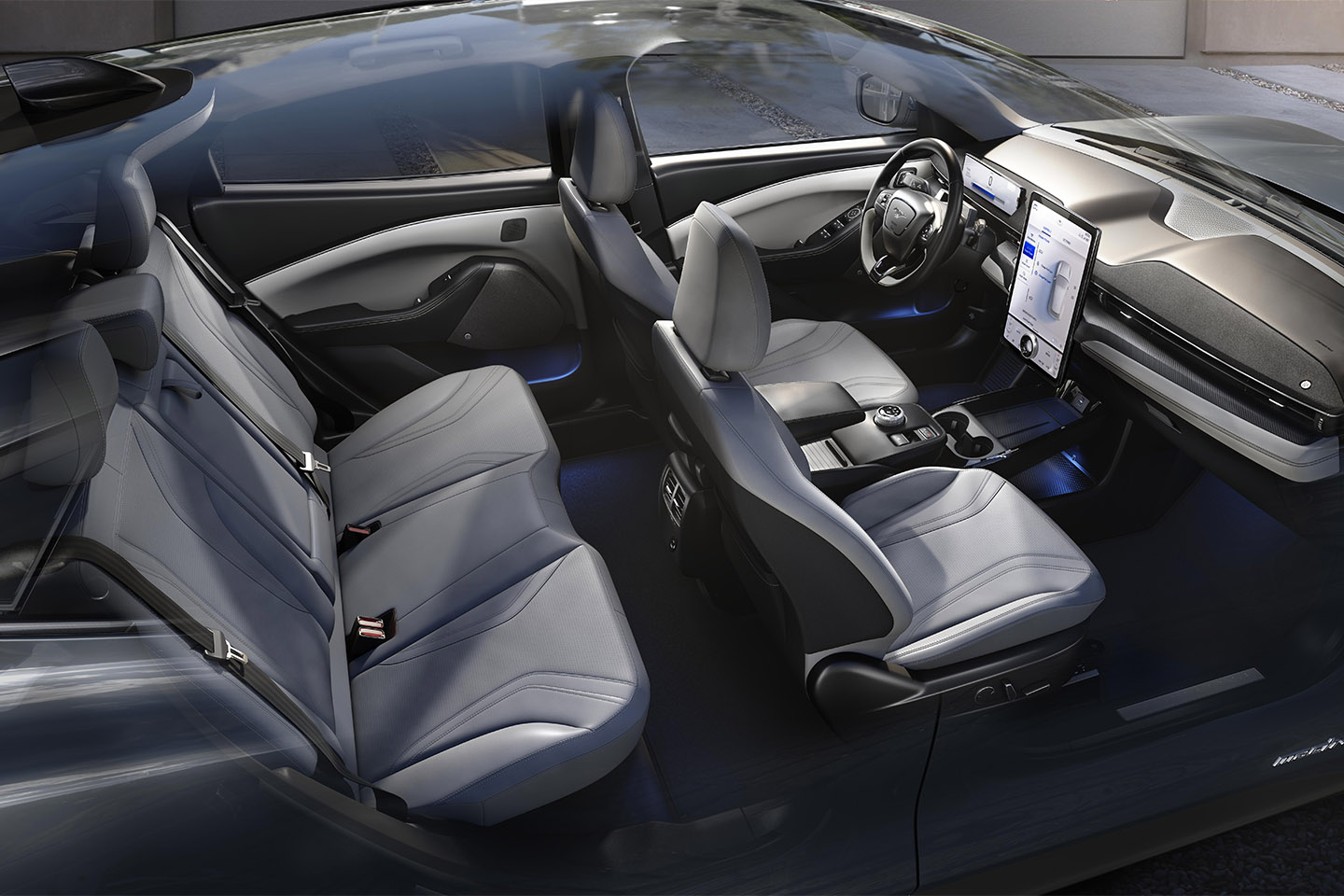 This may, of course, be a way to take on the Tesla-dominated EV market, at least in the US of A. Of course, Tesla is not the only EV available—oh no, this is not a one-horse town. There is the Volvo XC40 P8 recharge along with the Jaguar I-Pace as well cluttering up the marketplace. It is a sad fact that most EV buyers tend to be at the premium end of the market and buyers tend to look for an aspirational badge on the hood. Sorry to say, Ford is not aspirational as the marketing guys probably know all too well.

So, Ford’s marketing guys were probably wondering how they could compete at the upper end of the market. Their answer: sell a Ford that is not a Ford, of course, and once you have started, don’t stop and thus create a whole new raft of aspirational vehicles for the middle classes. QED really. 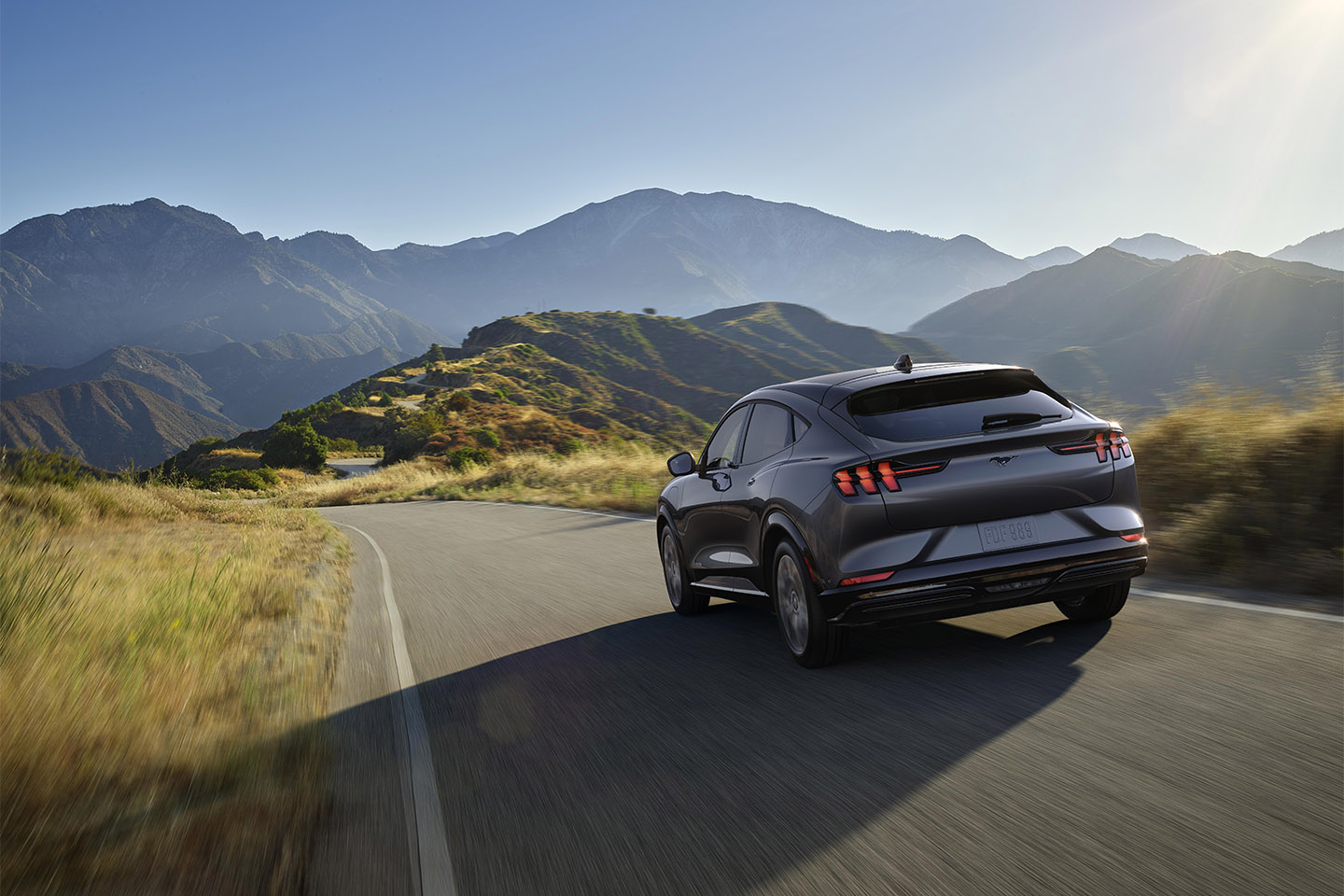 Elon Smashes His Own Cybertruck-Blade-Runner-Thingy, But Buyers Don’t Care