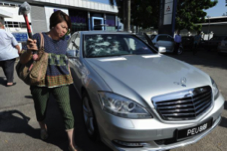 In a IPSOS survey that sought the opinion of 5800 respondants from Japan, China, Hong Kong, India, Indonesia and Australia have showed that consumers are less than happy with customer service and standards. 50% of the respondents have experienced frustration due to, among others, rude personnel, sluggish service and red tape.

Even the Centre for International Trade Studies at the Thai Chamber of Commerce has cautioned that tourists are not receiving the warm smiles that the Thais are renowned for. Instead, Thais in the service industry have been looking particularly discontented.

“With more economic stability and growth, consumers are moving from a subsistence focus, to ones of reward and enjoyment. Having worked so hard for so long, Asian consumers also want to enjoy themselves — so they want to be treated well,” Wilson Chin, Verint’s Marketing VP for Asia Pacific, said.

However, Asian companies have not yet learnt the fundamental aspects of good customer service – politeness, efficiency and flexibility. This has lead to some rather extraordinary reactions from customers. For instance, a Malaysian woman became so mad when the service centre continuously failed to fix the problems with her Mercedes S300, serving her only various excuses, that she smashed her own car in protest! In China, a disgruntled owner, who believed that Maserati had fixed a used part as replacement in his car, paid three men to wreck a Maserati Quattroporte during the Qingdao International Auto Show.

What do customers have to do to get companies to buck up their customer service? Smash more luxury cars?