Car Keys Will Soon Become Redundant…Thanks to the Smartphone 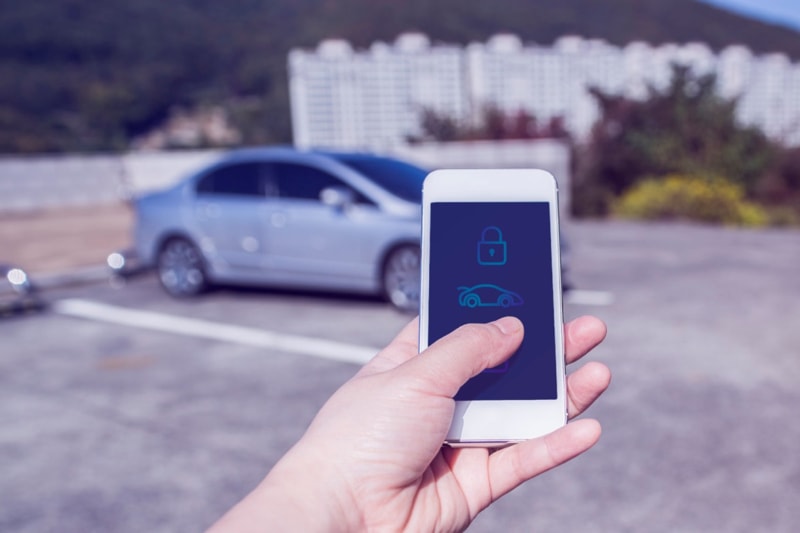 Automakers are making cars that are able to do things that car manufacturers of yesterday would have thought was magic. Innovation in whatever shape or form benefits mankind. From the first cars to today’s autonomous driving vehicles, innovative applications have been at the core of its development.

During the infancy of the automobile industry, innovation helped create convenience for Man who wanted to travel a distance. It created connectivity between small towns and big cities. Today, there is an abundance of innovations that make the journey safer, easier and more comfortable—innovations that help reduce accidents and deaths, created a plethora of driver’s aids, such ABS, lane assist, hill assist, etc, and provide information and entertainment.

It is the same with the smartphone—convenience and connectivity have created a richer experience in our lives. (This is not to say that gazing at your mobile the whole day won’t bring about some disruptive characteristics.)

So, smartphone manufacturers and car companies are collaborating to make life, well, better. The Car Connectivity Consortium has 75 plus members, including the likes of industry titans Audi, BMW, GM, Hyundai, and Volkswagen, as well as smartphone manufacturers like Apple, Samsung, LG and Panasonic. Alps Electric, Continental Automotive GmbH, DENSO, Gemalto, NXP, and Qualcomm Incorporated are also some of the companies on the list. And they are collaborating to remove a thing that you have to carry around most of the time or while on the move – car keys.

They want to make it convenient for you by using another device that we always got on you — your phone — to unlock and drive your car.

The Digital Key 1.0 specification provides a secure way for a user to “download” a digital key onto the phone, which then uses NFC communication to unlock, lock and even start a car. The technology uses a “Trusted Security Manager” system to guarantee the security of the digital keys on each user’s device. These are the guys who gave you MirrorLink. Yup, some of you already have it in your cars. Convenient, no?

The Consortium is standardising rules and processes for using phones as replacements for car keys. This essentially provides some ground rules, or a “robust ecosystem” as it is described, of what needs to be implemented with the Digital Key, such as a smart device being able to lock and unlock the vehicle when in the proximity, as well as start the engine once inside. There will need to be user authentication, provisioning, revocation and the ability to share peer-to-peer.

These guidelines are not only for vehicle manufacturers to know what features to offer their customers but also other industries that are involved or affected. Device vendors will need to work alongside car brands, while integrated solutions for smart home and transportation apps are also part of the ecosystem. Rental companies and car-sharing services will have new ways to manage vehicles, opening up opportunities as well as potential problems to solve.

Lincoln, Mercedes-Benz, Volvo and Tesla have also joined the bandwagon, although Tesla already has a similar function in its cars.

Well, the redundancy of the car key could the be start of the next phase of ‘disruptive innovation’. Probably in the next millennia, there won’t even be cars. We will get to where we want to by saying: “Beam me up, Scottie” or “Energise”.

For now, though…*Takes out the smartphone and orders food*…20 minutes later…*Food is magically delivered*

Ten Must-Have Tools for Every Motorcyclist