Is This Tesla Cybertruck Made In The Philippines? 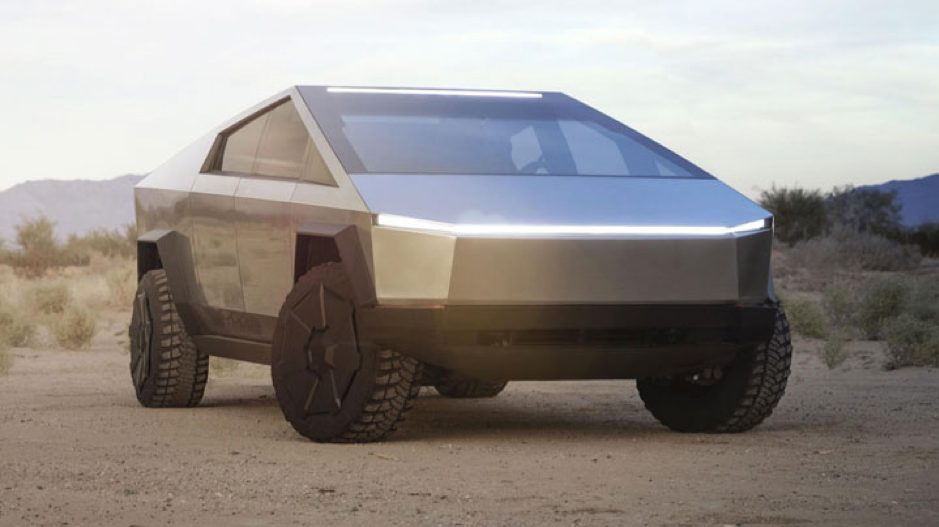 Philipine Automologist, Harold, would like to drive this “Cybertruck” around town.

Is this a Tesla Cybertruck? Nope, it isn’t. It’s actually a Ford F-150 Raptor converted into a Cybertruck. So, can it be called a replica? Not really, because it is powered by a petrol engine under its hood. And, is this made in the Philippines? No, not yet.

This unique piece of automotive art was built by the Bosnian company, Stark Solutions. The entire process took eight months, from disassembling the F-150 to adding the finishing touches to the copycat.

Mario Coric, the company manager, told Reuters that the truck attracted quite a bit of attention when it was first driven around the streets of Mostar. “Everybody was watching and half of them thought we made a tank, because people don’t know what the Cybertruck is. One girl even stopped and asked if this is the place where they are producing Tesla Cybertruck,” Coric said.

This truck was actually built for Stark Solutions’ owner, Igor Krezic, an avid fan of both Tesla and Ford. He just couldn’t wait until 2021 to see Tesla finally roll out the Cybertruck, so he figured he could just build his own.

This Chinese SUV Is A Ford Bronco Rip-Off.

“This one uses gasoline and Tesla uses electricity. We tried to copy as much as possible but our car is not the same size as the Cybertruck,” Coric added. The problem, however, is because of the truck’s sharp edges and unorthodox design, Bosnian authorities actually banned its use, so its makers are now having a hard time getting it registered to be driven on public roads.

Now, some backyard jeepney assemblers and vehicle-body builders in the Philippines, particularly in the provinces of Laguna and Cavite, are thinking of making a Philippine version of this Cybertruck, powered by surplus Toyota Land Cruiser engines. These automotive copycats can make a Hummer lookalike, so replicating the Cybertruck isn’t rocket science to them.

The question is: Can this Philippine version survive Manila floods, go Pinatubo “volcanic-ash bashing” or survive tricky off-road terrains like the real F-150 Raptor? Well, we don’t even know if it will be given a vehicle registration by the Land Transportation Office. And would Tesla not sue the builders for patent infringement? What do you think?