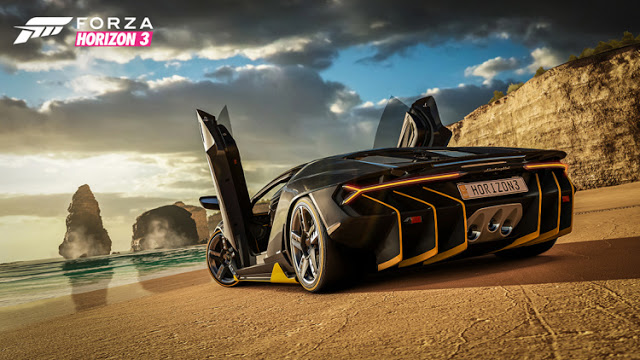 For the common folks like most of us, video games is the only way to experience rare and exotic supercars without owning it. That’s why game developers are so eager to work with supercar brands to deliver the freshest and most exciting cars to gamers.

Recently, it has been leaked that the racing game Forza Horizon 3 will feature a new model from Lamborghini called Bellissima. A Reddit user discovered this secret from an unencrypted update of Forza Horizon 3, which was released accidentally. This update included a list of car models currently available for players as well as some fresh models that are coming soon.

From the screenshot taken by the Reddit user, we can deduce the car models – Lam is for Lamborghini, followed by the model’s name and year.

We have heard of Lamborghini Diablo, Gallardo, Huracan and Veneno at least once or twice. But Lamborghini Bellissima? No. This is the first time that the name has reached my ears.

I don’t think that we can expect answers from Lamborghini or Forza Horizon. For now, let’s just assume it is a new model from Lamborghini and look forward to it this new year. There is a possibility that Bellissima is just an existing car named differently, but the “17” at the end is a giveaway that it is an entirely new model.

Next Generation of Kids will Never Drive a Car

More in featured
Ferrari Launches the Ferrari SF90 Stradale – the Most Powerful V8 Yet
September 23, 2020