Behind the Names of the Roads of KL 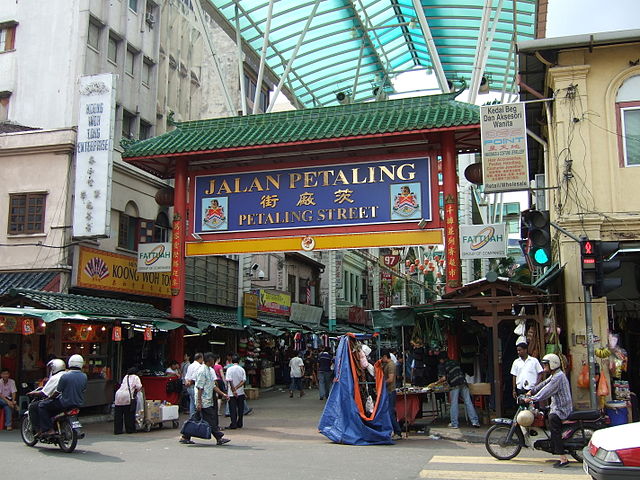 You’ve probably gone through Jalan Loke Yew a dozen times to get to the city centre, been to Petaling Street to buy designer bag knock-offs and curse your way through Jalan Tun Razak during peak and even non-peak hour traffic (it’s just perpetually congested!). But do you know the origins of the names of these roads? Here’s a bit of road trivia and food for thought the next time you drive through these famous roads in Kuala Lumpur:-

In the heyday of tin mining in Malaya, roads were built to connect Kuala Lumpur to the mines and they took the names of the destinations. Petaling Street led to the tin mines in Petaling and got its name from Kampung Petaling, which in turn could have gotten its name from the Petaling Tree. The tree’s unique termite-resistant quality led to the species’ local demise because they were cut down to make house posts.

Back then, Yap Ah Loy, the third Chinese Kapitan of KL, the chief of the Chinese ethnic community during British colonial rule, played a pivotal role in the development of Kuala Lumpur and owned a tapioca factory here; thus, until today, the Chinese refer to Petaling Street as “chee cheong kai” (茨廠街), which translates to “tapioca mill road”.

Named after a man of many hats – Loke Chow Kit was a miner, public official and owned the largest department store in Kuala Lumpur at one time, the Chow Kit & Co.

This often “blocked” artery was designed to loop around Kuala Lumpur, which explains its original name, Jalan Pekeliling (Circular Road). Today, it takes the name of our second Prime Minister, Tun Abdul Razak, also known as the father of our current Prime Minister, Najib Razak.

Tun Dr Ismail Abdul Rahman is most well-known for returning the country from chaos, in his role as Home Minister, after the 1969 race riots. After the incident which forced Prime Minister Tunku Abdul Rahman to resign and be replaced by Tun Abdul Razak, Tun Ismail stepped up to the role of Deputy Prime Minister. Unfortunately, he suffered a fatal heart attack three years later while his wife was recovering in the hospital.

On the site of the now-demolished Pudu Prison, a map dated 1889 shows that it was the location of Pudu Village; a short distance away, the land dipped into a muddy valley, which is why the Chinese call Pudu “pun san pa” (半山芭), which means “half jungle”.

The quite recent discovery of a photo circa 1910 (below) confounded researchers as it showed a lake with anglers where the present Pudu bus station stands. They would later discover that it was a dam. Water flowed from Bukit Bintang to this lake – which some recall it being called Lotus Lake by their grandparents – and then towards Central Market before merging with the Klang River. The British built a railway along this stream, and later track gave way to tar, giving us Jalan Tun Tan Cheng Lok and Jalan Pudu.

Jalan Doraisamy is popular for the stretch of century-old buildings, which today house upmarket cafes, restaurants and bars. Its eponym was a tin miner and contractor, R. Doraisamy Pilay, who also provided funds to establish the Kuala Lumpur Methodist Boy’s School (MBSKL).

Formerly known as Damansara Road, named so after the Damansara River, Jalan Travers got its current name from Dr Ernest Aston Otho Travers who served as the State Surgeon of Selangor from 1891 to 1897. Travers deservedly has his name immortalised in Malaysia for his service to the sick and needy: he reformed the treatment of leprosy and was pivotal in the establishment of the Sungai Buloh leprosy settlement; he established the first opium addict treatment clinic in Klang; he was the Acting Protector of Indian Immigrants in 1890, and cared for the poor and rich regardless of their circumstance, often treating the former for free.

Yap Kwan Seng was the last Chinese Kapitan of Kuala Lumpur and held the position until his death in 1902. He came to Malaya from the Canton province of China when he was only 18 years old to work in the tin mines and, being the shrewd businessman that he is, soon amassed fortune and power. Yap was also known for his philanthropy, establishing and financing Pooi Shin Thong, which dispensed free Chinese traditional medicine and care to the needy; the hospital is today the renowned Tung Shin Hospital. Yap also strongly supported education and co-founded Victoria Institution.

Another thoroughfare that is well-known for traffic congestion, this road is the namesake of Loke Yew, a Chinese businessman who was regarded as the richest and one of the most generous philanthropist in British Malaya. He was also one of the co-founders of Victoria Institution.

The road could very well have been Jalan Wong Yew, which was his birth name. He possibly changed his name for good luck when he arrived in Malaya or when he was sold by his peasant family to a wealthy Loke family. He left his birthplace of Guangdong and arrived in Singapore in 1860, when he was only 11 years old.

Now an affluent suburb about 2 and a half miles from the city centre, Bangsar was formerly a rubber tree plantation owned by Antwerp merchants, Edward Bunge and Alfred Gisar. It was known as the Bunge-Gisar Rubber Estate or the shortened version, the Bung-Sar Estate. No surprise that the road leading to this estate was called Bung-Sar Road. Later, confusion by the authorities attributed the name to the Malay word “bangsal” (barn) and changed the spelling to Bangsar.

Jalan Maharajalela got its name from a murderer (“Ooooo”) or hero, depending on which side you are on. Datuk Maharaja Lela orchestrated the assassination of JWW Birch, the first Resident of Perak, because the Brit supposedly encroached on the powers of the Sultan and disregarded local customs. OR, he abolished slavery, which angered Maharaja Lela Pandak Lam who earned a pretty penny from slave trade…again, depends on who is writing history.

You might think that the locals who lauded Maharaja Lela as a martyr (he was hanged) and hero of the Malays changed the name of Birch Road to that of the eponym’s assassin instead, but the original name of the road was actually after the well-liked Sir Ernest Woodford Birch, who became the Resident of Perak decades after the death of his predecessor.