You Can Now Buy the Bloodhound Supersonic Car 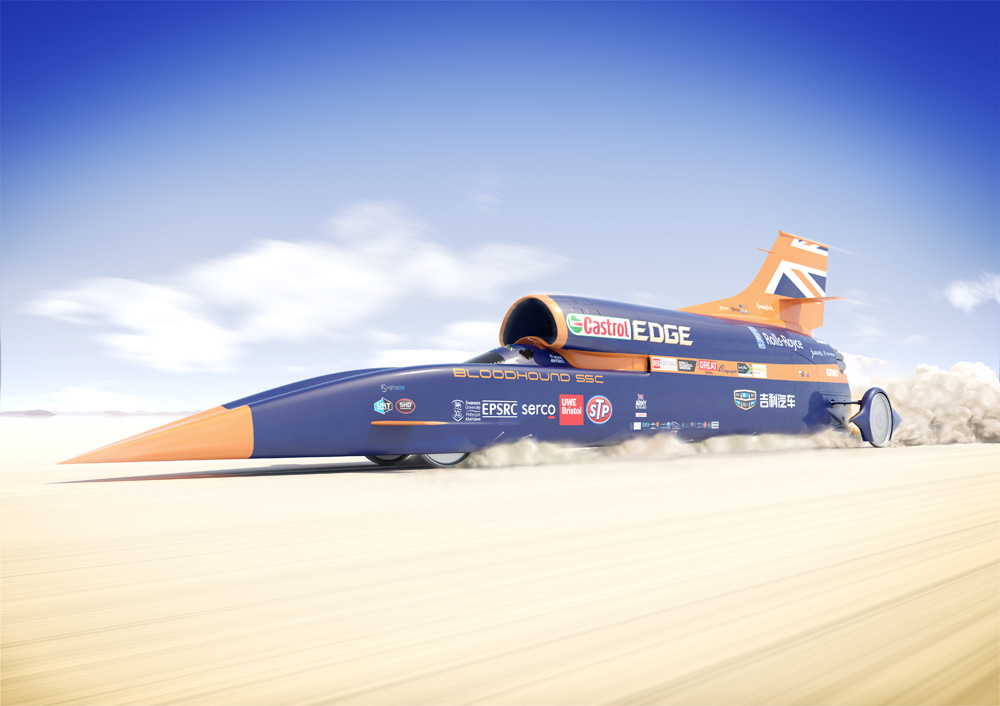 We brought you news that the quest to create a car capable of 1,000mph was hanging in limbo until it receives some much needed fresh funds to prevent its demise. Sadly, we now have to report that Project Bloodhound is dead.

The Bloodhound initiative set out to break the land speed record, presently at 763mph, and was supposed to attempt to hit speeds of 1000mph at a purpose-built 18km track at Hakskeen Pan in the Northern Cape of South Africa. The car has only been tested to up to 200 mph and plans to bring the prototype car to above 500mph was supposed to take place in 2018 before the actual record-breaking attempt in 2020 or 2021.

However, the project came into some money trouble despite having support from the likes of Rolls-Royce and Rolex; the car’s jet engines came from the UK’s Ministry of Defence; the provincial government in South Africa had shown support by clearing the test area of stones; and public support has translated into private donations. In spite of all that, the project entered into administration in October and the team scrambled to find the GBP25 million to continue the project.

This BLOODHOUND could break the land-speed record.

GBP25 million is not a lot of money, really.

Andrew Sheridan, one of the project’s joint administrators, told the BBC that despite overwhelming support and engagement with a wide range of potential investors, they have not been able to find any suitable party to keep the project running.

Moving forward, they will now work to dismantle the project. The third-party equipment will be returned and the company assets will be sold to maximise returns for creditors—this includes the almost-finished supersonic car, which will now go on sale for GBP250,000.

If you have a quarter of a million pounds lying around and wish to have a supersonic car in your garage, do give them a call.

These Glasses Cure Motion Sickness. But They Make You Look Like a Nutter

More in featured
Electric Car Owners in USA Could Choose Their Own Sound
September 18, 2019