X-1R Proves Itself with Coca-Cola Trucks in the Philippines 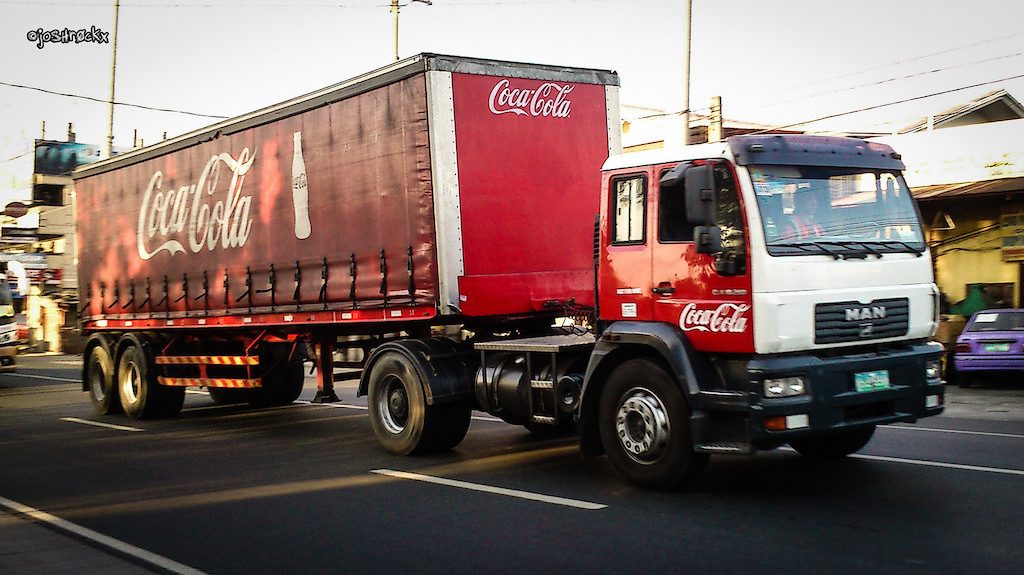 The engines of delivery trucks are subjected to some of the toughest driving conditions of any vehicle: constant stop-start driving; busy city streets; and heavy loads. Such an environment destroys the ability of the engine oil to function as an effective lubricant long before the service interval has been reached. This leads to untold damage and a dramatic shortening of the life of the vehicle.

Recently, Coca Cola Beverage Philippines Inc. (CCBPi) found that the oil in their 1,600 trucks became acidic, contaminated and lost its effective viscosity very much before the trucks were due for an oil change. The result was a decrease in fuel efficiency and an increase in breakdowns, largely due to overheating. For the customer, this meant late or non-existent deliveries—certainly not an ideal situation.

This was when the company’s National Transport Manager contacted our sponsor X-1R to see if the X-1R Engine Treatment could be used to ensure effective lubrication for the length of a service interval. X-1R Philippines designed a simple test programme: a number of Coca-Cola trucks would have the oil from their engines tested before and after the addition of X-1R and the impact of the product on the oil’s life would be measured.

Samples of oil were collected from each of the trucks and were sent for testing at the Philippine laboratory of international testing house, Intertek. The parameters tested included: Viscosity at 40 and 100 degrees centigrade; the Total Base Number (TBN); Water Content; and Wear Elements, such as iron or copper.

All of the vehicles in the test were recommended to have an oil change at 5,000km, but in the testing of the unadditized oil, it was apparent that the standard oil being used in the trucks was losing its viscosity at below 2,000km. Thus, it would not have been providing effective lubrication.

Every driver should know these.

After the oil in the vehicles was additized, a very different result was monitored by the engineer in charge of the tests. Fernando L Francisco, who is an Engineering Professor at a respected Philippine University, noted that the oil was still providing effective lubrication, even after the vehicles had exceeded their service interval by a considerable amount.

In fact, each of the vehicles in the test went past their service interval by at least 50%, with the oil still providing effective lubrication. This proves that with the addition of the X-1R Engine Treatment, you can effectively extend the life of any oil, even in the harshest environments, and have the confidence that the oil in your engine will provide effective protection for the entire service interval.

So, for the sake of our readers in the Philippines, we hope that X-1R becomes part of Coca-Cola’s regular truck maintenance, so they’ll never have to go without their fizzy soft drink on a hot day again.

We Can't Wait For This Cool Retro Jimny!