X-1R On The Road To Myanmar 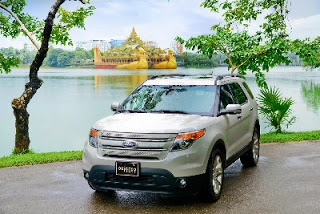 Myanmar is opening up. You would have to be living under a rock to not know this. Back in 1962, the country became a 1 party state after an army-led coupe d’etat took the reins of power and installed the Union Revolutionary Council as the single allowed political party. Internal strife and external pressure have now transformed Myanmar into one of the world’s newest democracies and the world is coming.

The opportunities are big. Myanmar is the largest country on the mainland of South East Asia and due to the isolation of the territory, it is hungry for international trade, western consumer products and, in particular, cars. Most vehicles in Myanmar are of the 2-wheel variety. The 4-wheel market is dominated by secondhand imports due largely to low standards of living and an international trade embargo. Furthermore, the lack of available credit has also dampened demand in the market. This month, Frost and Sullivan has announced that the car market is likely to see a growth rate of about 7.8% to reach about 95 000 units per year by 2019, with the usual collection of Japanese marques dominating the market.

The good news for the Myanmar market is that you can now get X-1R there as X-1R has entered into a partnership with a large Japanese trading house, and X-1R is now proud to be playing its part in the development of the vehicle market there. The vision of X-1R is to provide quality products, to meet customer satisfaction and improve the quality of life. It was also the reason why NASA had started their partnership with X-1R in year 2000 by inducting X-1R into the NASA Hall of Fame and awarding the “Certified Space Technology” status to its product range. In fact, NASA acknowledges X-1R works to improve the everyday life for all humans. Now in the same manner, X-1R is bringing its quality into the land of Myanmar.

007s And Their Aston Martins