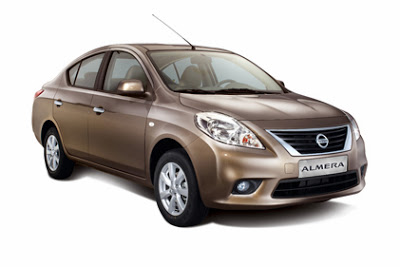 Automology’s Philippines correspondent, HAROLD, takes a closer look at what once was the leading car brand in the country.

Nissan is a leading brand in many major markets around the world. It is the number 1 Japanese Brand in China with a projected 1.2 million vehicle sale this year (Toyota will get 900k). It is among the top selling brands in the USA. It used to be number 1 in the Philippines for passenger car sales (Nissan Sentra) and low end sedans (Nissan Exalta) in the 90s. Today, Nissan is at the bottom of the list of Top 10 Car Brands Sold in the Philippines. It has been overtaken by Mitsubishi, Hyundai, Honda, Isuzu and Ford (Toyota being the consistent number 1). What happened? And will it be able to regain its lost glory in the Philippines?

The reason for Nissan’s decline can in part be attributed to distributorship structure. It has 2 ‘exclusive’ distributors (a laughing stock in the Nissan circles worldwide). The first is Nissan Motors Philippines Inc (NMPI) controlled by the Taiwan based Yulon Group and the second is Universal Motors Corporation (UMC) owned by Richard Lee’s Group, a Filipino conglomerate, which also owns the exclusive distributorships of Chevrolet, Hyundai and Volvo in the Philippines.

NMPI is the exclusive distributor for Nissan passenger cars but has only been selling Nissan Almera and X-Trail. On the other hand, UMC is the exclusive distributor of Nissan light trucks and utility vehicles, but its bestseller is still the 20 year old Nissan Urvan and augmented lately by the Nissan Navarra pickup. So, I wonder, who will sell the Cube, Altima, Maxima, Juke, XTerra and Pathfinder. Or will they ever sell the R35 GTR or 370Z sports cars?

Observers and people in the know said the real problem is that NMPI did not and does not have the energy to launch new and wider models of passenger cars. UMC, on the other end, did not have or doesn’t want to invest additional resources for manufacturing new models. The 2 have been in constant corporate intramurals and have been coexisting with an uneasy alliance. If it continues this way, Nissan will be in the garbage bin in the next few years.

So, comes the news of the merger of NMPI and UMC or, better said, the coming of Nissan Motors Ltd (the Japanese mother company), who will now run the show. So the industry is now excited. Will Carlos Ghosn, the Nissan and Renault ‘Big Boss’, also a veritable turnaround artist, be able to turnaround the dismal state of Nissan in the Philippines, back to its previous glory? Or better yet, reach greater heights? Will Nissan challenge the leadership of Toyota, Mitsubishi and Hyundai? Can it even surpass Honda?

By way of information, X-1R Engine Treatment, X-1R Petrol and Diesel Treatments are carried by all Nissan outlets and offered as part of their Preventive Maintenance Service. It would be nice indeed if Nissan goes back to its previous glory.

It’s Official. The World Is MAD!