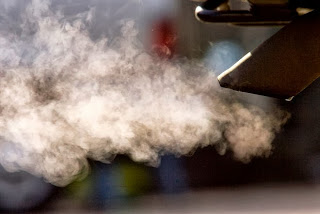 Well, okay, perhaps the headline is a little overstated, but trust me, I haven’t gone completely crazy. There have been hybrid cars available commercially since the late 1990s and most are familiar with the Toyota Prius – you know, the one that all Hollywood stars seem to be driving. Now, despite recent concerns about how GREEN the hybrid idea really is, we seem to have reached a tipping point where hybrid technology is mainstream and set to dominate new car sales – well, at least in tree-hugging Europe.

Recently, even many of the world’s supercar makers, of the type of cars driven rapidly by hairy-chested Adonises through sleepy Italian villages, have been creating their very own hybrid versions. The latest offering by Porsche, labelled with typical Teutonic flare and imagination, is the 918 Spyder breaking the four-year-old record at the legendary Nurburgring in Germany. For all of you Petrol Heads out there, you can watch the lap here:

For those of you that missed it, by the way, the car went into production on September 18…9/18, get it?

But I have a question: are hybrids really more green than existing diesel or petrol engines, or are there other technologies available? If you are to believe the amazing and sometimes controversial Jeremy Clarkson of Top Gear fame, then the resounding answer to that question is a very emphatic NO! So I am here to give you five good, rational, sound and well thought-out reasons as to why you should NOT buy a hybrid car.

The first and foremost reason not to buy a hybrid car is the cost. Typically, for some of the more popular hybrids in the USA, you will pay at least USD9000 more than for the non-hybrid equivalent, although some countries allow for tax credits, etc to offset this. Somewhat sadly, the high price is often stated as the reason why people do not buy hybrids. It simply takes too long to recoup the additional cost of purchase. When pump prices are high, the time can be as short as a few years, but a recent report claimed that for the Lexus LX600h, it could take as long as 106 years to recoup the inflated price tag. That’s when you compare against petrol; when you compare against oil-burning diesel, the figures become even worse for hybrids!

The next reason that you shouldn’t buy a hybrid is perhaps the most significant, from a global warming point of view. Hybrids still burn hydrocarbon and emit carbon dioxide, the greenhouse gas that is potentially killing the world. Well known environmental activist and treehugger, Tony Bosworth, maintains that we need a 21st century energy revolution based on efficiency and renewables, and not more fossil fuel. So, in other words, we have got to kick our hydrocarbon addiction in favour of non-polluting renewable energy sources. Hybrids just elongate the time we will be using hydrocarbons and, thus, are bad.

Thirdly, have you ever considered one of the new generation ‘clean’ burning diesels if you are looking for good fuel economy? If you believe Jeremy Clarkson, then some of the offerings from the Volkswagen stable will do nicely. Modern diesels have shed their ‘oil-burner’ image and account for up to 50% of European passenger cars. In fact, many of the newer European diesels can almost match the fuel economy figures of current hybrids and without the grossly inflated purchase price.

The fourth reason you should seriously think twice before you buy a hybrid is that the economy figures that you achieve will be affected by your driving style and where you drive. Not to be too simplistic, to achieve a real advantage over non-hybrid vehicles, you have to virtually drive in traffic jams and/or around town all day as this is when hybrids come into their own, especially when idle-stop technology is installed (when your car turns itself off at the red light). But before putting on your hemp trousers and commiting to a new hybrid, you may want to trawl the Internet where you will find countless stories from hybrid owners who never get anything close to the fuel economy figures that the manufacturer claims.

The fifth and final reason is probably the most earth shattering (literally) of them all. All the treehuggers out there probably thought that buying a hybrid would be the kindest way to treat Mother Earth, but we are frantically blowing up mountains and polluting rivers to obtain the materials needed for the batteries found in these cars. The eco-warriors’ favourite ride, the Prius, has a total of 4 pounds of cobalt in its 89-pound nickel-metal hybrid battery pack. This cobalt, along with many of the other elements required, are mined in central Africa’s ‘copper-belt’, a region that includes the DR Congo; the proceeds of which fuel countless civil wars. These metals are then shipped halfway across the world in great, big oil-burning ships to be processed into batteries that are, in turn, shipped halfway across the world to be put into vehicles that are, again, shipped halfway across the world to be sold. Great, big oil-burning ships do not sound very environmentally sensitive.

There is an argument for plug-in hybrids, a new emerging class that utilise the national grid to get a battery charge before you set off. But of course, if you use coal or oil to fire your power stations, then both of these have environmental concerns. The argument to reduce your carbon footprint is well established. The real question is whether hybrid cars are the best way to do this or should we consider other methods.