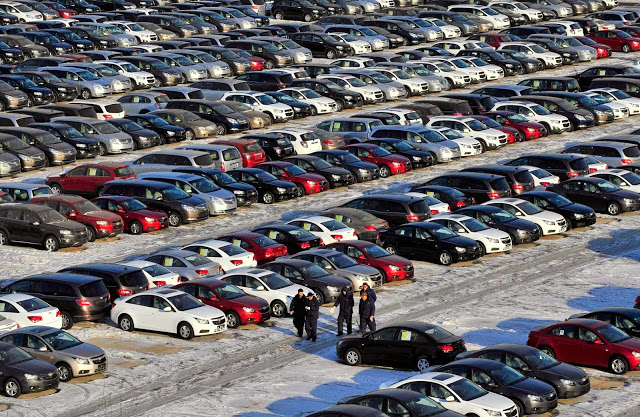 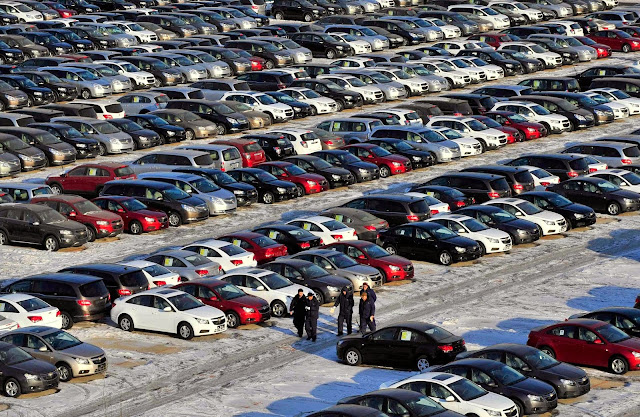 Automologist LILY takes us through the highs and lows of domestic car brands in China, what was and what is to come.

China’s domestic carmakers have ambitious growth targets for 2015; should the targets be met, the growth would be astounding. On the other hand, sales of local brands have dropped into a deep valley, thus any improvement in sales would be a substantial achievement.

Here are the Chinese car brands and their 2014 sales numbers as well as 2015 forecast. Although these are unofficial numbers, they will do for further discussion in this article: 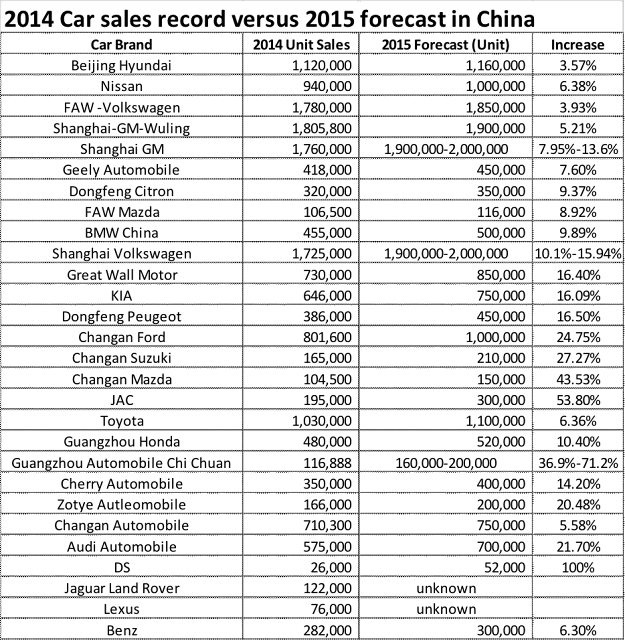 The sales for domestic brands were quite passive in 2014. Changan, Guangzhou Automobile and Chery were the more popular ones, but overall local brands experienced a landslide fall, especially during the final quarter. In the mid of last year, many local brands adjusted their target figures, yet still could not achieve the lowered numbers.

Sales of SUV’s cushioned the fall, so the local brands started to place more emphasis on SUV models this year, hoping to boost sales. JAC is targeting sales of 300,000 units, a 53.8% increase from last year. Guangzhou Chi Chuan is confident that it would achieve sales of 160,000 units by end-2015 and has a stretched goal of 200,000 units, with its main focus on SUV’s and bringing the GS4 to the USA. The figure of 400,000 units forecasted by Chery is only confined to the local market; if taking into consideration export sales, it should be a steep increase. Five years ago, BYD boldly declared that it would become number one in China in five years time; well, the deadline has arrived but the dream remains a dream, so the company has been keeping relatively quiet.

Despite the anti-corruption crackdown in China reducing luxury car sales, brands such as Audi and BMW were not affected too much. The lower-upper brands, such as Land Rover, Infiniti and Volvo, achieved quite impressive results as well. I guess there must have been an upgrade of consumer standards in China; consumers with sufficient disposable income will still buy upmarket cars with their own cash if they were not receiving them as “gifts”. Luxury cars provide better profit margins as compared to the mass-market cars. This reminds me of why GM’s CEO, Mary Barra, placed a lot of emphasis on the Cadillac brand in China, to accede to the trend.

Jaguar and Lexus sold 122,000 units and 76,000 units respectively in 2014; both brands are playing it safe by not announcing or even indicating their forecasted sales for 2015. I suspect something is brewing as Jaguar is going to have 12 new models while Lexus has eight new models. They probably don’t want to reenact BYD’s scenario!

We can foresee that the competition will get tougher in China, pushing many local automakers to branch into the US and Europe to gain a wider market. We know that China has the highest population in the world; considering the resources that they have, it can actually be self-contained if managed well. An obvious example is their internet and social media world, which is totally independent due to the priority by the government in protecting their privacy. What can the Chinese government not do with its car industry? That would be a point to ponder for another time.