What Will Investigators Find on Tiger Woods’ Data Recorder? 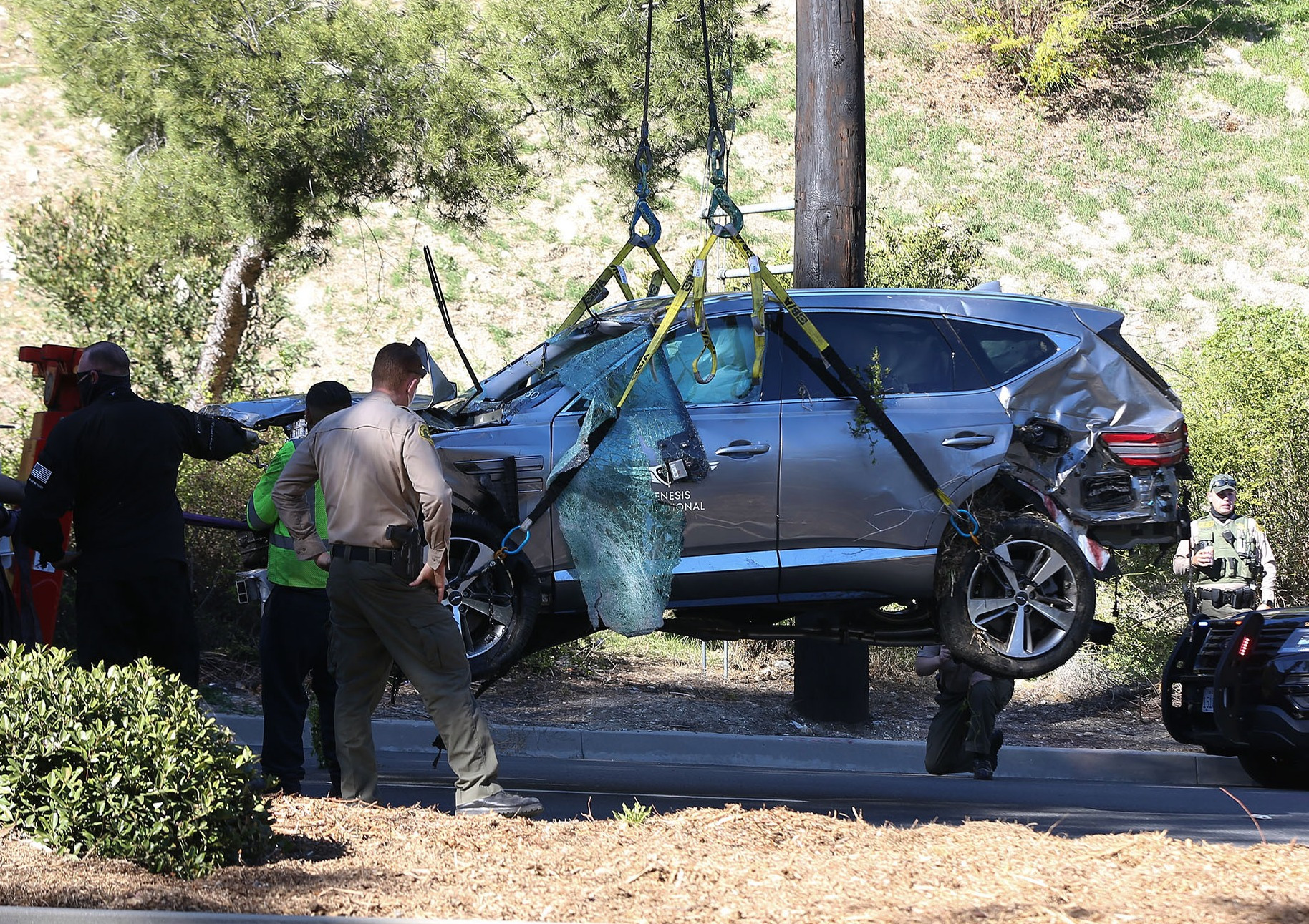 Automologist MAC reports on the incident and is quite sure he doesn’t one of those recording gadgets in his car.

After golf legend, Tiger Woods, rolled his Genesis SUV and injured his leg in the process, investigators are still trying to figure out what went so wrong. However, we have learnt that Woods’ car had a data recorder like those found in airplanes and the investigators are hoping to find out what happened from that.

Tiger was driving a brand new Genesis GV80, which is Hyundai’s luxury brand, and this has a brand new data recorder, nicknamed “black box” after the somewhat more sophisticated ones that you would find in a plane. On this it is hoped would be a veritable treasure trove of information that they can study.

Police investigating Tiger’s accident, which has left him with a leg injury requiring surgery, has already ruled out drink or drugs from the equation; the weather was also described as good. Apparently, Woods was travelling down a hill that is known for accidents when he struck the median and the vehicle ended up rolling several times.

So what is the “black box”? Well, to start with, it is called an Event Data Recorder and is a small computer that stores a number of information points that can be downloaded by the local Police if they are investigating a crash. Normally, they are located low in the centre of the dashboard, a place that is least likely to suffer catastrophic damage apparently.

From Black Boxes to Speed Limiters, 15 Ways the European Union Will Make All Cars Safer

Driving has never been safer.

No country yet has legislation requiring cars to be equipped with a data recorder; however, in Americaland, most cars already have them. The first manufacturer to do so was General Motors back in 1994. The data recorder has been legislated in the US of A since 2013 and, if used in a car, is required to record 15 points of data including how much the accelerator was pushed, if the brakes were applied, if the seatbelt was buckled and so on. Some GMs, Subarus and Toyotas also store film of the short period prior to any crash.

For one, I am not so sure about the gradual creep of control systems into my vehicle. I know that at present they can only access the Event Data Recorder if there is an accident and this could be useful to prove who caused the crash, but allowing a feature on my car that would give the local constabulary the right to know precisely how fast I was going …well… not so sure this fast driver would want that.

The Top 10 Most Beautiful Performance Cars...According to "Science"