What the FRACK was that? 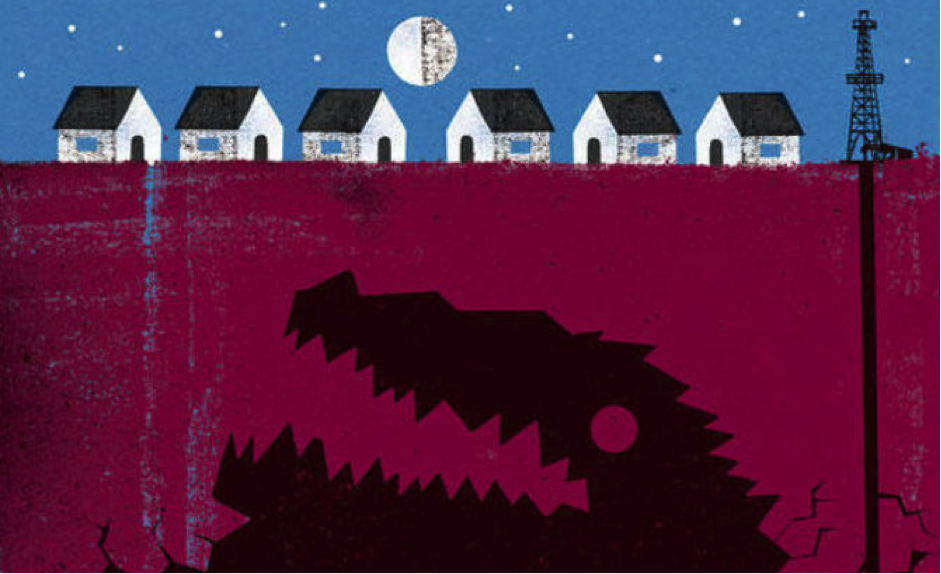 A sleepy backwater called Fox Creek in the Province of Alberta, Canada, has found itself front and centre in the on-going war between the hemp-trouser-wearing ecologists and big oil, after a 4.8 magnitude tremblor was registered within 700 feet of several well heads, according to reports from the Alberta Energy Regulator (AER).

The wells, owned and operated by Repsol Oil and Gas, are 35 kilometres north of Fox Creek, and were being fractured – or fracked – at the time of the earthquake. The wells are situated on what is known as the North American Craton to geologists, and is an area that has been stable and devoid of major earth movements for about 600 million years. Thus, any quake would be considered unusual, let alone one that measured 4.8 on the Richter scale.

As a result, the AER ordered the immediate cessation of operations until further notice. Carrie Rosa, a spokeswoman for the regulator, said, “The company has ceased operations…and they will not be allowed to resume operations until we have approved their plans.”

According to the AER, Repsol is working with the regulator to ensure all safety and environmental rules are being followed. In a statement, Repsol confirmed the seismic event and said the company was conducting hydraulic fracturing operations at the time it happened.

“Repsol immediately shut down operations and reported the event to the AER and other local authorities,” the statement said. “The company is investigating the event, which includes reviewing and analysing available geological and geophysical data, as well as the onsite seismic monitoring data. Operations will not resume at this location until a full assessment of the event has been completed and approval has been received from the AER.”

In the Province of Alberta, the AER automatically shuts down a fracking site when an earthquake hits a magnitude of 4.0 or higher in the area in which a company is operating. “It’s too soon to tell if it’s related to fracking,” said Camille Brillon, a seismologist with Natural Resources Canada. “It was a light earthquake that would have been felt.”

This particular area of Alberta is peppered with fractured wells and there have been hundreds of quakes, by some estimates, in the past six months, ranging between 2.0 and 3.0 in magnitude. 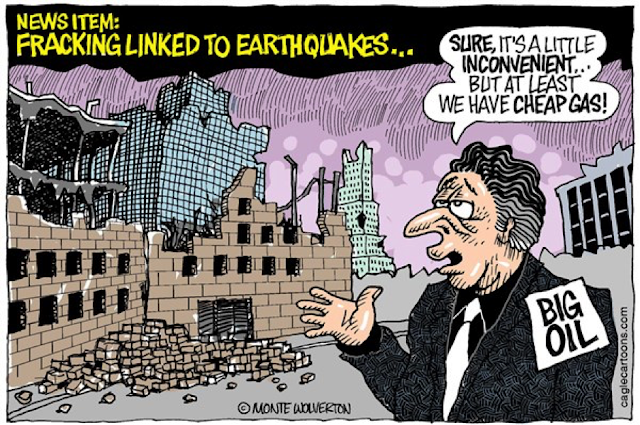 Jeffry Gu of University of Alberta said that the area has been suffering a proliferation of quakes but many go unfelt as the area has a very low population.

“There are faults in this area that have been mapped, have been reported in that area, but nothing of significance,” he said. “It’s a relatively safe area without major, major faults.”

Still, Gu said, there were two fairly large quakes in the area in January 2015, one of which was a magnitude of 4.4

There is no direct evidence that the quake is the result of fracking but Gu believes it is highly probable and the AER said of the previous 4.4 quake that it was likely caused by hydraulic fracturing. The news has made the politicians a little shaky as well, with Alberta’s Premier, Rachel Notley, announcing that Provincial officials will be looking into the matter.

“The AER has been engaged in a review of fracking, in particular as it relates to this issue, and I’ll be asking them to speed that review and to come up with some recommendations that we can consider sooner than later,” Notley said.

One resident of the area said, “We were all just kind of standing around…and everybody just looked at each other and said, ‘Did you feel that? It didn’t feel uneasy or anything, it was just like some shaking through your feet a little bit, but not too much.”

Fox Creek is a small town of about 2000 residents that is largely sustained by the recent oil and gas boom in that area.

Read also: Who gives a Frack about Oklahoma?

Oil predicted to fall to USD20 per barrel

We could be riding these tubes in the future

More in asia
Toyota to increase prices in Malaysia
October 7, 2015