What Happens If you Jam a Car into Reverse at 60kph? 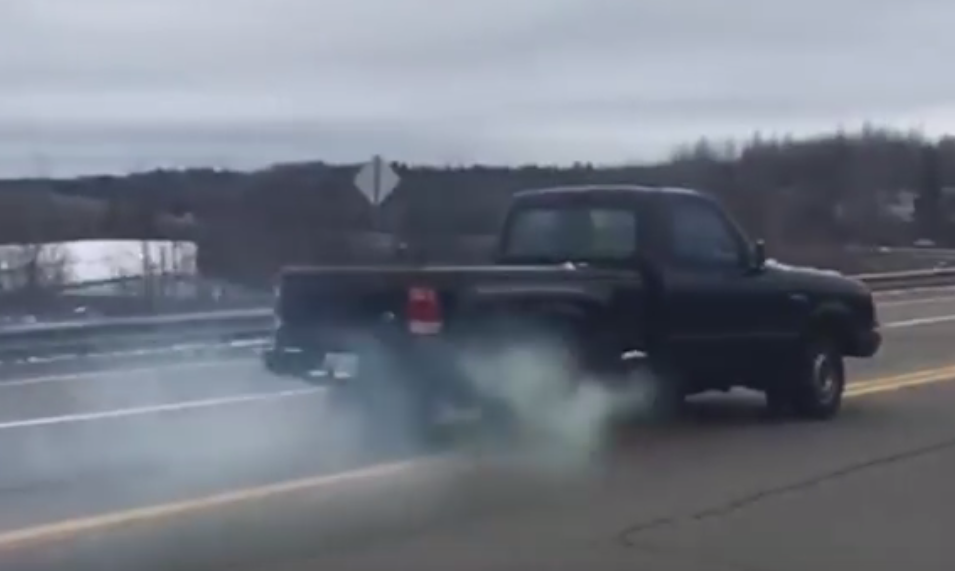 Probably every petrol head at some stage has wondered the “what if I put my car into reverse when I am going at speed” question. Come on, you know you have. Of course, none if any of us has actually done it because the primeval core of your brain had screamed at you not to; that is if your wallet wasn’t already trying to strangle you for the mere thought of doing something so ridiculously stupid.

But welcome to the wonderful age of the internet and netizens who seem intent on posting videos of themselves on Youtube doing ridiculous or insane or life-threatening or bank-account-emptying stunts for the pleasure of complete strangers. Thus, whilst trawling around the ether over the weekend, I came across the following clip of a driver dropping his ride into reverse whilst going in a forward direction at an alleged 60kph! The thought of this makes me cringe. I imagine various cogs and gears penetrating into the cabin of my car as the transmission fragments with a deafening wail of meshing gears.

SO, imagine my surprise when this unnamed netizen drives his Marque II Ford Ranger forward, followed by some grinding of gears, a solitary rev of the engine, and then the forward turning wheels start spinning in reverse, along with a heck of a tyre burn-out smoke show and, quite disappointing for me, NO spectacular explosion.

Of course the stunt was probably helped by the truck being unloaded and so the wheels broke traction with the ground, resulting in less load on the gear box, but you sort of have to say well done to Ford for selecting the Mazda M50D gearbox for this model, as it is obviously a pretty sturdy little transmission.

To Buy or Not To Buy…A Car