What Does Your Favourite FRIEND Drive? 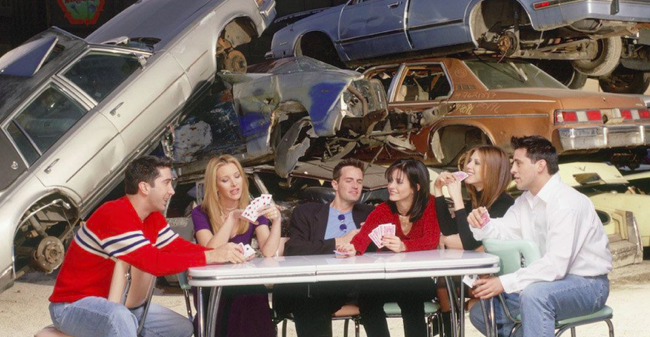 Automologist and FRIENDS fan, KEVIN, finds out what each cast member keeps in their garage.

“So no one told you life was gonna be this way?”, the very first line from the iconic TV show ‘F.R.I.E.N.D.S’ theme song is something we’ve all been wondering about while we try to make peace with the whole COVID-19 situation. I’m sure that many fans of the comedy series, like myself, would have watched reruns of the show’s 10 seasons multiple times during the lockdown. Recently, we have been given closure when the main cast of the sitcom reunited and reminisced. 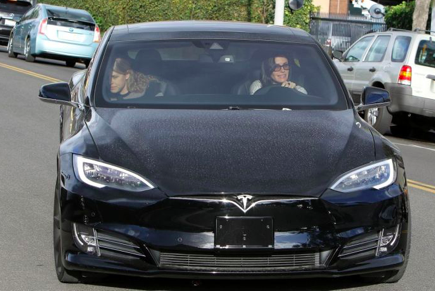 Let’s start with the most OCD of them all, the one known for her tagline “I Know”. I’m talking about the “neat freak” Monica Geller played by Courtney Cox. Courtney was always considered the glue that kept the six cast members together throughout the show. Well, it was in her apartment that they all hung out the most. For those of you who follow them on social media, you would know that she still keeps in touch with the ensemble regularly and her Instagram account is proof of that.

Both Courtney and her character Monica have been blessed with great cars. Remember in season 7 when Monica inherited a 1985 Porsche 911 Targa from her dad?

In real life as well, Courtney has owned some magnificent cars ranging from Jaguars to Mercs. She has owned a Porsche 911 as well. But, the latest ride she has been spotted riding in is a black Tesla Model S. Here’s the list of cars that Courtney Cox has owned:

These cars may not the fastest ones around, but if they are under Courtney’s care, they would be spotless as Monica Geller’s cleaning obsession is inspired by Courtney’s real-life attributes. 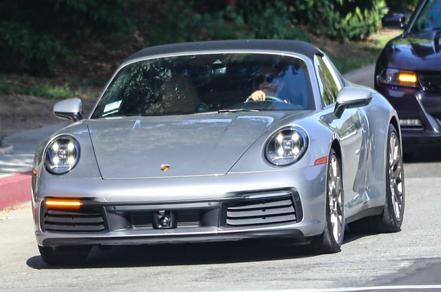 Undoubtedly, the most charismatic “friend” among them is Rachel Green played by Jennifer Aniston. Ross’s “love of his life” and Joey’s heartfelt crush has been stealing hearts till now, decades after the show went off the air. She recently joined the Instagram tribe and the social media platform literally crashed from the overwhelming response by Jen’s fans. She is clearly the most sensational of all the six to date.

When Monica got the Porsche from her dad, Rachel’s requests to drive the Geller Porsche were denied. However, in real life, she can drive any car that she so desires. Jennifer Aniston’s car collection is what you call swanky. It consists of luxurious Grand Tourers and SUVs, full-size luxury sedans and a Toyota Prius as well. Here is the list of cars owned by Jennifer Aniston:

Like my wife, Jennifer Aniston also gifted her ex-husband Justin Theroux, a Porsche. Well, whilst they were still married of course. Unlike me, he got his then-wife a Panamera. 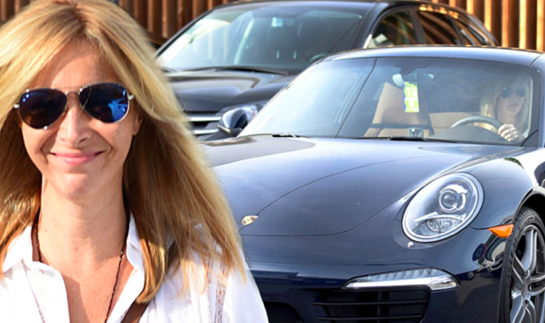 The ditzy yet adorable Phoebe Buffay played by Lisa Kudrow on the show was a sweet-natured but odd guitar player. Having experienced nothing like a normal, complete childhood, Phoebe is usually very dim-witted, sometimes smart and more often than not, still a child at heart. She believed Santa Claus existed until Joey told her otherwise. The actress Lisa Kudrow has got herself a very comprehensive garage in real life, ranging from sports coupes to SUVs and just like Jennifer, even a Toyota Prius. Here’s the list of cars that Lisa Kudrow owns:

Lisa has got a car for every occasion: for the occasional taste of thrill, she’s got the Jag and the Porsches; she’s a mum, hence the Lexus; and to be a responsible citizen of the world, a Toyota Prius Hybrid as her daily driver. 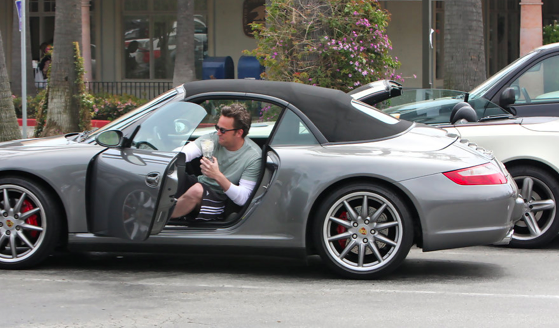 Here comes the Chan Chan Man with his tasteful cars. The one thing that made the show “hilarious” more than anything is Chandler Bing’s spot-on comic timing and the ultimate “sarcasm guru” that he was. Matthew Perry’s portrayal of Chandler Bing was inspired by his own personality. It is said that Perry’s wit was as sharp as his character’s and the writers of the show often incorporated his ideas into the script.

Matthew Perry’s work on the show garnered him tremendous successful even after and he has spent the millions that he’s earned on some exotic stuff, including cars. Matthew Perry’s car garage consists of some notable rides. Here’s the list of the cars that Matthew Perry has owned: 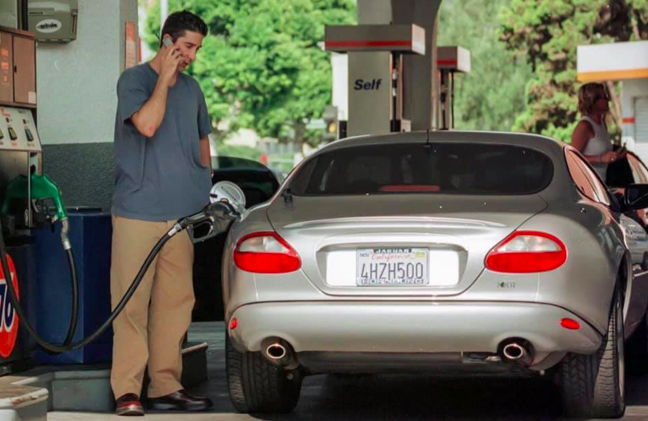 Firstly, someone ought to remind Dr Geller that it is absolutely dangerous to be using his mobile when fuelling up. The palaeontologist with a knack for dinosaurs, Monica’s elder brother, the guy with “the three divorces”, Rachel’s lobster, we all remember David Schwimmer’s character from the show vividly. We also remember Ross buying a red MG Model B for this 30th birthday. The car got stuck in a tight parking spot and Ross had a hard time getting the car out of there.

Looking at the cars David has had, it seems like he too believes in the motto “there is no replacement for displacement” as all the three cars in his list come with big powerhouses under the hood.

Saving the best for the last. Joey Tribbiani, played by Matt LeBlanc is portrayed as promiscuous and dim-witted but good-natured, loyal, caring, and protective of his friends. He is a food-loving womanizer who has had more luck with dates than any of the other group members. In contrast to his persona as the “ladies’ man”, he has also a marked childish side. Joey’s character was also an automobile enthusiast: if you noticed, there was a 1954 French Grand Prix poster in his room and if you remember, the utterly hilarious episode in which Joey finds lost keys to a Porsche.

So, what exactly could you expect when you have his level of automotive enthusiasm and wealth? Matt’s garage consists of everything from sports cars to scooters and even an insane Caterpillar D6M XL Bulldozer. He is completely hands-on with his collection and takes on customisation and performance upgrade projects and works himself. Here are some of the rides in his garage:

He owns a Ducati 1299 Superleggera, Suzuki GSX-R, a dirt bike and even a 50cc Aprillia Scooter. Matt Leblanc’s popularity and his passion for cars got him the part of hosting the world’s most celebrated motoring programme ‘Top Gear’ for two seasons from 2016 to 2019. Starring in one of the most popular TV shows on earth, having the best car collection out there, hosting Top Gear, women going crazy over him despite being 53 years old, what more can a guy ask for? Matt Leblanc sure is living the life.

Last but not least, it is pretty apparent that Porsches are quite popular amongst most of the cast. Why would it not be? After all, it’s one of the best if not the best sports cars out there.

Why Are Used Cars Going Up in Value?

More in featured
Twenty Years in Jail for Malaysian Motorists Who Drink and Drive
July 28, 2020