What Does A Garbage Lorry and A Supercar Have In Common? 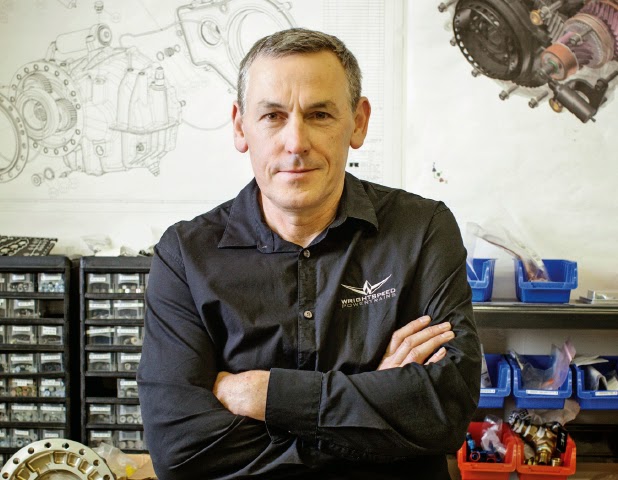 Elon Musk’s old mate may have gone a bit barmy, or not.

What has the designer of some of the wackiest and fastest street legal cars to come out of the USA in recent times got himself involved in now? The name Ian Wright may not be well known outside of the automotive industry, but it was he who co-founded Tesla Motors alongside the more media-savvy, Elon Musk. Wright was the brains behind the early designs for Tesla and he was also the man behind the X1, an Ariel Atom-based car that reached 100kph from a standing start in just 2.9 seconds.

Having left Tesla behind, the New Zealand-born auto designer has now turned his attention to his new venture called Wrightspeed, a developer of lorry powertrains, based in the Californian city of San Jose, which is of course where Silicon Valley is. For many auto designers who dream of being let loose on some supercar project or other, this may seem to be a bit farfetched. But with his new venture, Wright claims that he is much better positioned to accomplish something that he never could whilst at Tesla, that is a massive reduction in fossil fuel usage.

So, what does a supercar and a refuse collection lorry have in common? The answer, says Wright, is “both needs lots of power, and lots of power normally means lots of fuel”. Wright admits that it was “quite a change” to move from supercars to trucks (as they call it in the US), but stated that he was “driven to figure out a way to get this technology to market and build a scalable business model. The market for high-performance cars is too small to get investors excited. It’s a good hobby business.”

Wright says that on average, one delivery van for Wrightspeed’s client, FedEx, consumes about 4,000 gallons of fuel annually, and according to FedEx figures, the company operates a fleet of about 47,500 motorised vehicles. A test was run on just two of their delivery vans; after the results were in, the parcel company immediately ordered 25 more for a broader test of the new technology.

Refuse collection lorries are a big target market when you consider that an average lorry burns about 14,000 gallons of fuel per year in the US, at a cost of about US$55,000 to the operator. Wright says a Wrightspeed powertrain could double a garbage lorry’s fuel economy from fewer than 3mpg to 6mpg. “We can generate $35,000-a-year savings per vehicle through reduced fuel costs,” he said.

When you consider there are about 2.2 million lorries in the US and the Wrightspeed technology is a retrofit, you may start to see the opportunity that Wright is getting excited about. His secret seems to be a very clever re-imagining of a Range Extended Electric Vehicle (REV) that utilises a micro gas turbine, not unlike a regular jet engine, to recharge the batteries when they start to run flat.

The Wrightspeed Route, as it is called, is a retrofit device that can be fitted into a new vehicle or used as a replacement for lorries that are having their powertrains replaced, something that is common up to three times in the life of a lorry in North America. The Route consists of: a battery pack that sits between the chassis rails; two 250 horsepower electric engines that sit over the rear axle and are linked to two-speed geared-traction drive that delivers a continuous 125 to 250 horsepower, and a very respectable 18,000 pound feet of torque. Although the top speed of 75mph may not sound like much, it will be more than sufficient for most operators.

The electric power comes from a micro gas turbine that idles at a staggering 25,000rpm and a peak rpm of 96,000, which can actually recharge the batteries whilst the vehicle is in motion. There is only one moving part, no cooling system needed, and the emissions are 10 times better than mandated by the California Air Resources Board for this class of vehicle –– and it does it with no after-treatment technologies. It needs no catalytic converter, no particulate filter, no urea injection. The system does not even have a muffler and operates at an acceptable 65dB sound level at a 10-meter distance.

The conventional-looking vertical exhaust pipe might make one suspect the lorry has a diesel under the hood, but it’s more akin to a small jet engine, and makes a ‘wooshing’ sound that passersby often cannot quite pinpoint, according to Wrightspeed.

“Part of the magic” declares Wright, is that the “wheels are driven only by the electric motors; there is no piston engine at all. The gas turbine drives an on-board generator which makes it an unlimited range electric vehicle. Drivers love the smooth power delivery and lack of noise, and there is no need to stop to recharge it like a conventional electric vehicle.” Hmm…was that a little dig at his previous employer over at Tesla that runs a more conventional electric vehicle configuration which needs to be plugged in to recharge, rendering the vehicle unusable for a period of time?

The turbines are another key to the potential for this vehicle as they typically run much cleaner than conventional diesel engines because of the continuous combustion process. For the Wrightspeed version, the gas-powered turbines can run on a range of fuel, including gas recovered from landfill sites.

Toyota i-Road's Will Be Rolling Down The Streets Of Grenoble