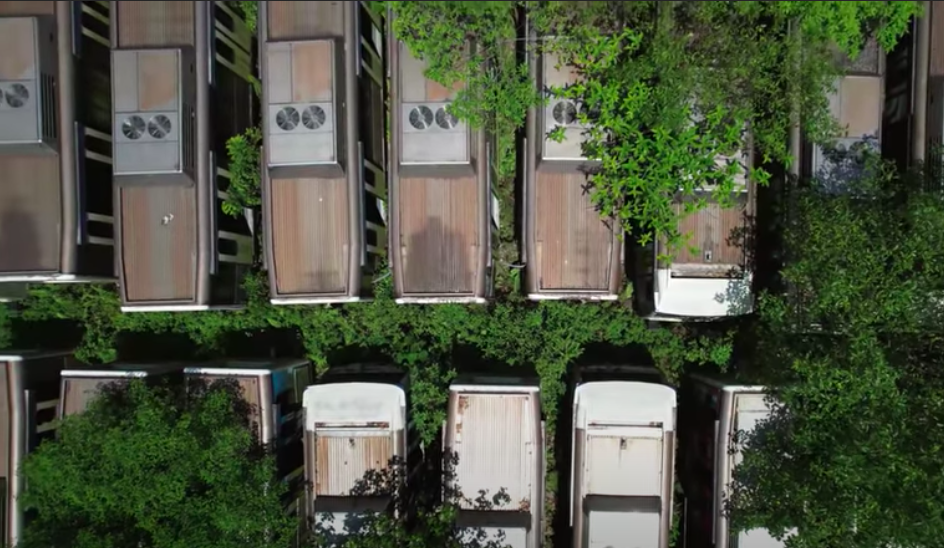 Malaysian content creator who goes by the handle ‘Heart Patrick’ on Youtube travels outside and around the country with his drone to capture aerial footage for his channel. On 5 October, he uploaded a video titled “Heartpatrick Urban Exploring: Abandoned LRT Train Cars in Ulu Yam” that showed a train graveyard filled with Malaysia’s Light Rail Transit coaches being left to rust, disintegrate and seemingly slowly engulfed by nature.

There were over 70 train sets that once plied the Ampang-Sri Petaling route, formerly known as the Star Line. The Youtube video has since been viewed almost 40,000 times and sparked interest and discussion among Malaysian netizens.

Following this video, other content creators have managed to decipher the “graveyard’s” exact location and proceeded to film other on-site videos, including of themselves evidently trespassing on the private property to film a walkthrough video and a TikTok “parkour” video:

Reactions of viewers have been mixed. Some question why the trains were not scraped but left to waste. Others suggested that there is potential for upcycling the train sets to build food trucks or holiday homes. And there are quite a few who criticise the act of trespassing and foreshadow that soon there will tighter rules to control drone usage because of videos like this.

It has generated enough hoo-ha to elicit a response from Prasarana. The government-owned transport company said that the trains were no longer their asset as it was part of a buy-back programme with CSR-Zhuzhou when purchasing 50 new trains 5 years ago. The Chinese company in turn confirms that the trains were sold to an unamed third party in 2016 and were subsequently stored on private property.

China is Running Out of Fuel

More in electric vehicle
The New Electric Hummer Can Do the Crab Walk…
October 21, 2020