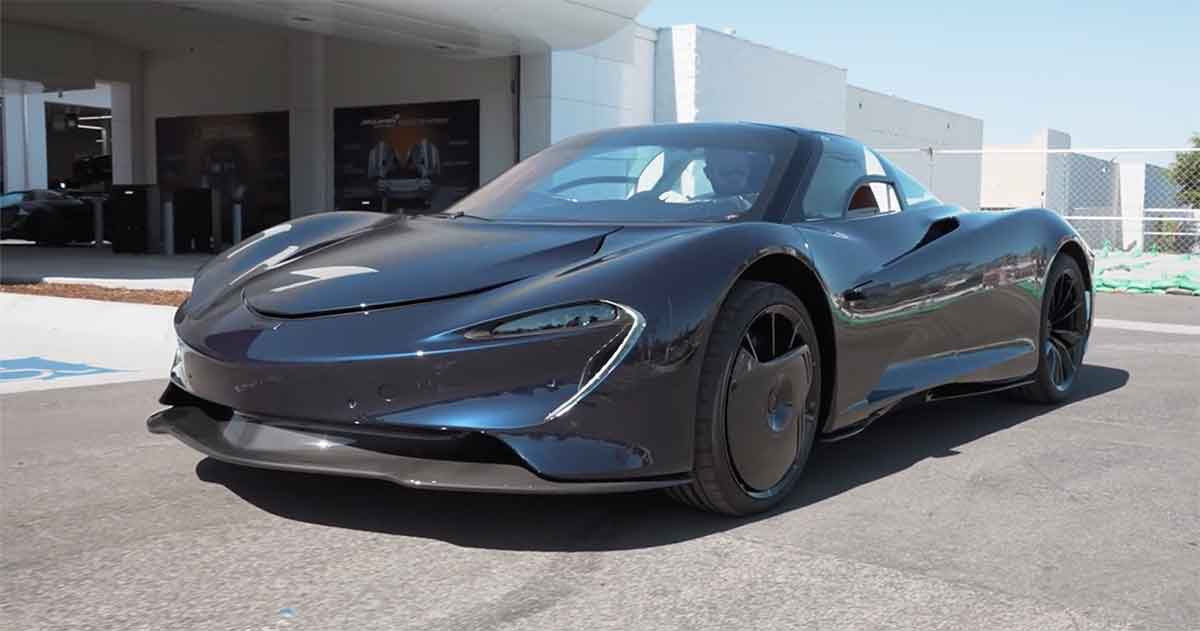 Manny Khoshbin is a real estate mogul with a deep love for hypercars. And he has quite a collection of them, which he documents on his Youtube channel with some 1.1 million followers.

During a time of economic instability and negative sentiments towards conspicuous consumption, we could be bitter that Manny is taking possession of a one-of-a-kind McLaren Speedtail customised with Hermes, or we could live variously through him. The latter’s more fun, so let’s…

To be fair, Manny ordered the Speedtail three years ago, before all this pandemic business began. It is the third car he owns – after a Pagani Huayra and a Bugatti Chiron – that he has had made over by the French luxury goods manufacturer.

Perhaps why we don’t feel mad at Manny is because, rich as he is, he demonstrates great respect and admiration for all his cars in his videos – while these machines are beasts, they are also a work of great craftsmanship and art, some would argue, and Manny has a collector’s appreciation for them. He goes to collect the Speedtail in what looks like a cleanroom suit and often wears shoe covers before stepping into his cars (at least in his videos….)

The Speedtail is, even prior to any personal touches, the wind in solid form. Every curve has been designed to allow the car to cut through the air. A twin-turbo 4.0-litre V8 churns out 750hp, and an electric motor takes its power up to a combined 1,035hp, propelling the vehicle from standstill to 62mph in just three seconds and onto a top speed of 250mph.

The stunning car looks and feels like a luxury spacecraft, inside and out, plus Manny’s choice of midnight blue exterior adds to the impression that it belongs somewhere in outer space, against a backdrop of stars… 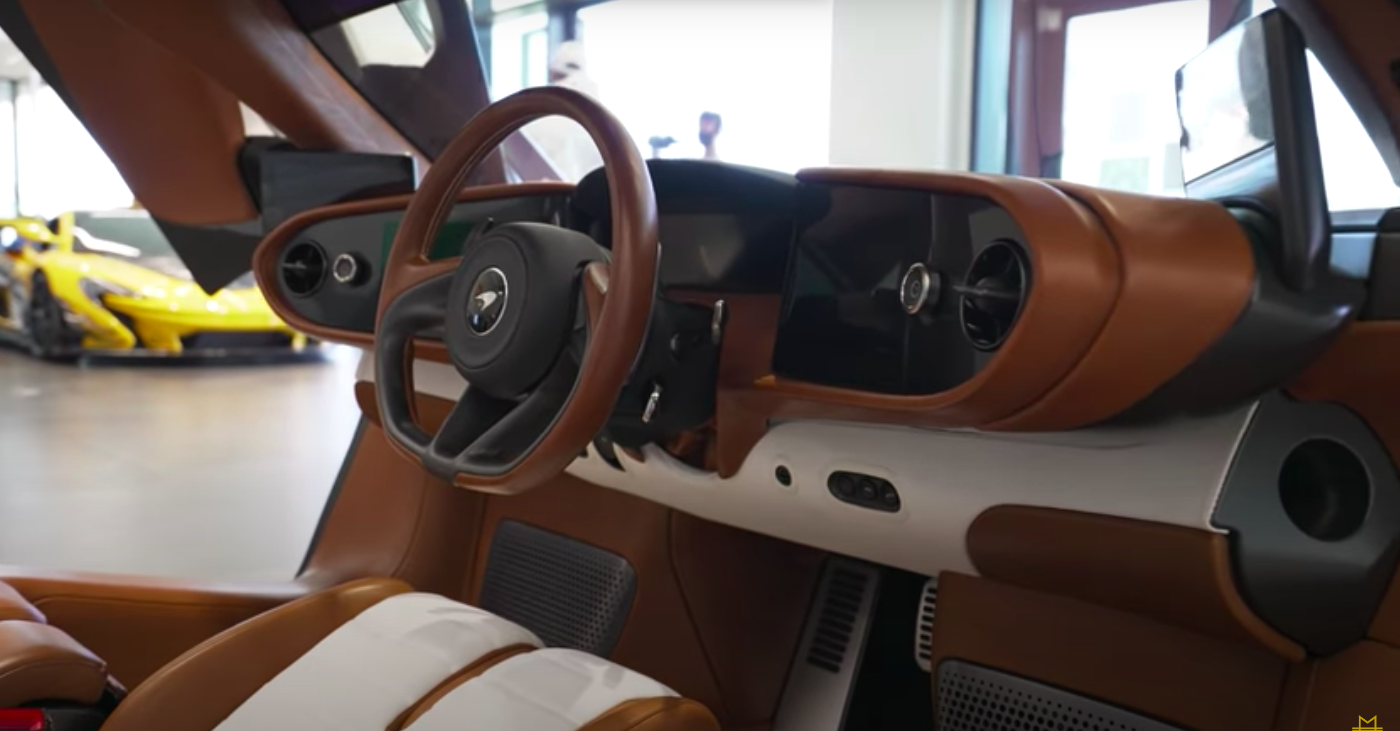 But the more difficult part to adapt to is whilst driving. The central position of the driver’s seat means that the driver would be at the centre of the lane – anyone who has had to switch from left-hand- to right-hand-drive or vice versa would know that you would tend to compensate by veering to the side of the lane, and hopefully not into oncoming traffic before you get the hang of it. 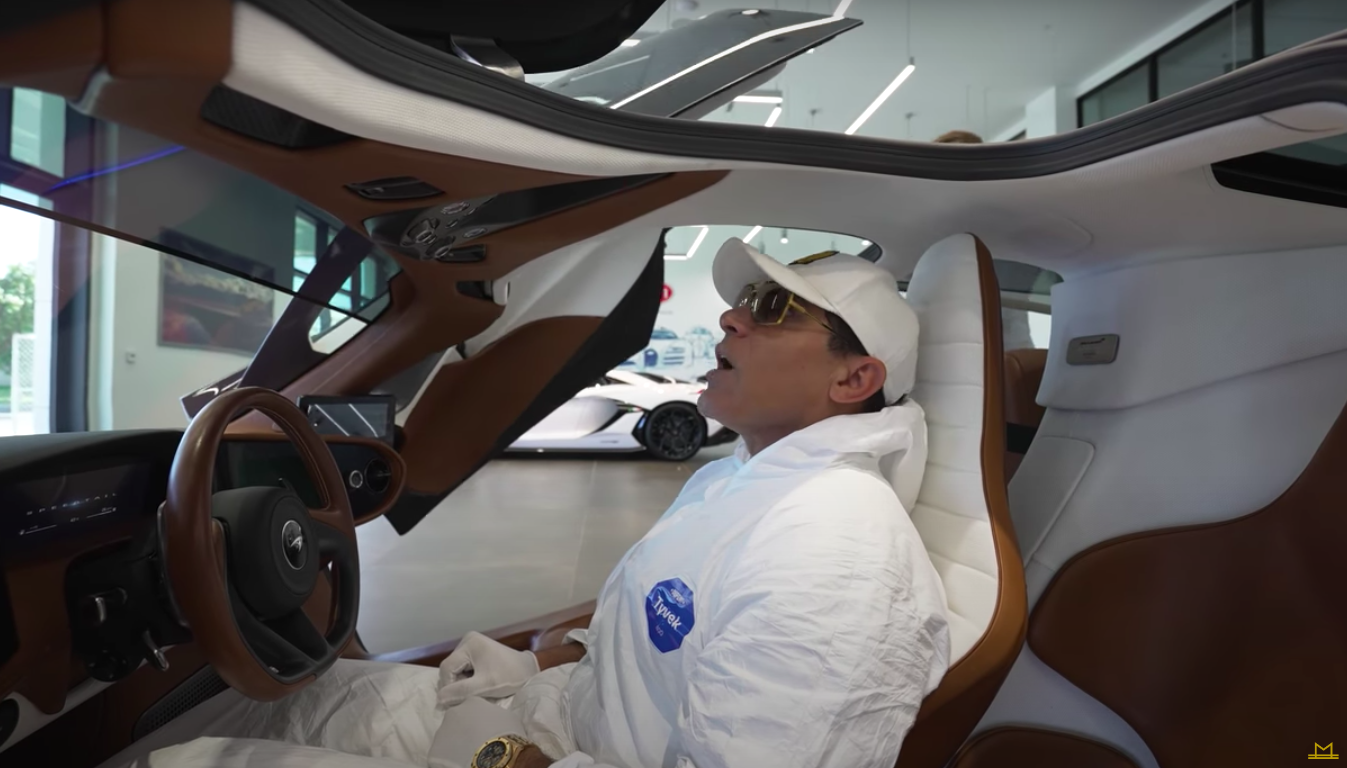 The interior of the custom Speedtail is, of course, exquisite and upholstered in leather by Hermes. Not forgetting the advanced technological features, like the electrochromic glass that replaces sun visors – ie. electronically tinted glass that can be activated with the tap of a finger on one of the control screens – and the side-view screens (and cameras) that replace the mirrors.

Watch the video as Manny takes us along to collect the car and then on its first drive out of the showroom:

If that impressed you, go on to the behind-the-scene video of Manny working with McLaren and Hermes to customise his Speedtail:

Orangechoo glad he decided to go with the blue?

More in whysoserious
Life, the Universe and Jeremy Clarkson
July 29, 2016