Wanna go to the 2018 World Cup in Russia? Hyundai gives you that chance 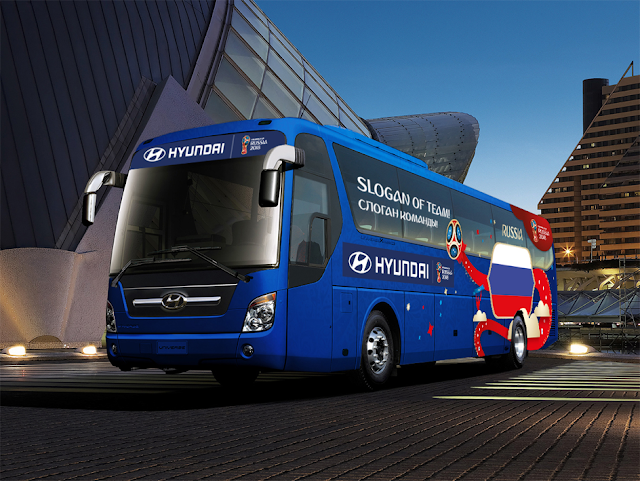 This year, the World Cup takes place in Russia—if you live under a rock, it is one of the biggest sporting events in the world. The world’s best footballers will take centrestage representing their countries for the ultimate prize in world of football.

​Hyundai Motor is the official automotive sponsor of the 2018 FIFA World Cup Russia and its long-standing support has given it access to new markets in promoting the brand. During every World Cup, Hyundai has rewarded fans with one-in-a-lifetime prizes that are much sought after. This year is no exception. The South Korean automaker has launched the ‘Be There With Hyundai’ slogan competition, and fans from around the globe stand the chance to be able to go to Russia and support their favourite teams. The competition began on the 4th of December 2017 and runs till 28th February 2018.

Fans are invited to submit slogans of their favourite teams from the 32 nations that will be bidding for glory.

​Your slogan goes here, and here and here!

It doesn’t end there. The winning slogans will be prominently featured on each of the 2018 FIFA World Cup national team buses used to travel to and from World Cup matches. In addition, the winner and his/her guest will ride in an official Hyundai convoy vehicle while in Russia, to accompany the team’s bus convoy, and watch them compete in a selected match.

Having YOUR slogan on one of the team buses, riding in the same convoy with your favourite team full of football rockstars, watching a World Cup match— how insanely cool is that?

“We are thrilled to invite 32 true football fans as our guests at the 2018 FIFA World Cup Russia™ with this special slogan competition, ‘Be There With Hyundai’. As the FIFA World Cup’s official automotive sponsor, we are committed to providing fans with unique and memorable experiences like this, just as we are committed to caring for our customers by ensuring special and rewarding Hyundai ownership experiences the world over,” said Scott Noh, Head of Hyundai Motor’s Brand Strategy Group.

​Here is the link to the start of making your dream a reality: www.fifa.com/betherewithhyundai. We’ve also added a screenshot for your reference.

If you are selected—and we hope you are—do share your experience with us.

Life & Death on the World's Roads: Why are Philippine Roads some of the Safest Around?

More in porsche
Lego Porsches Race Each Other Through the Museum
March 14, 2018