Virgin Hyperloop Completes First Test with Passengers. This Could Be How We Get Around In the Future. 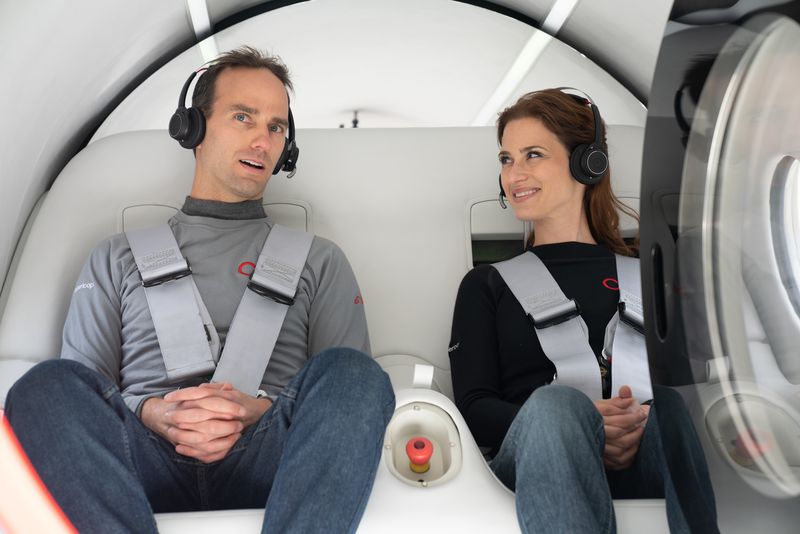 The idea for a Hyperloop stems not from the mind of, as you might assume from the title of this article, Virgin founder, Richard Branson, but that of Tesla’s Elon Musk. Which is why Musk is probably kicking himself following news that Virgin Hyperloop has conducted their first test with passengers.

Musk envisioned a system whereby pods travel inside a depressurized vacuum tubes, using magnetic levitation to lift the pods and propel them forward at high speeds. This potentially could take over trains as know today and cut down interstate travel times by A LOT. After Musk publicised his concept in 2013, he did throw it out there as an open-source idea to invite others to work on it further, which brought about a company called Hyperloop One, which was later acquired by Branson and renamed Virgin Hyperloop. 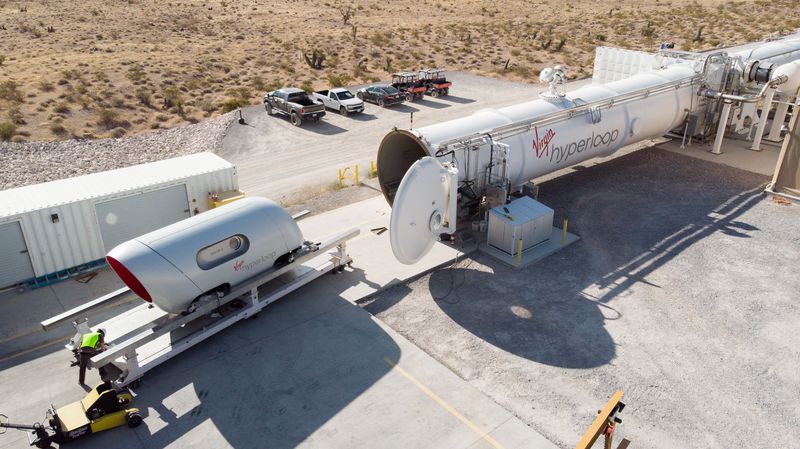 Virgin Hyperloop built a 500-metre test track located in the desert outside of Las Vegas. The two passengers who risked their lives last week were not trained test pilots, but Virgin Hyperloop executives Josh Giegel, their Chief Technology Officer, and Sara Luchian, Director of Passenger Experience. The two-seater Experimental Pod 2 (XP2) is equipped with rather luxurious leather seats, seat belts for safety and small windows – although there’s not much view to speak off because you are inside a tube and moving really fast.

Of course, the choice of passengers reflected the company executives’ confidence in the test system’s safety – one can’t help but recall Virgin Galactic’s fatal test flight crash (which they eventually claimed was due to human error) and that over 400 manless tests had already been conducted on the track.“ If it’s not safe enough for me, it’s not safe enough for anyone,” Giegel later told The Verge.

And as it turns out, nothing untoward occured and Virgin Hyperloop celebrated that they successfully ferried two passengers at a brisk 100mph along the track. Giegel liken the experience of the acceleration to a plane taking off. 100mph may not seem to be an impressive number for now, but on paper, the Hyperloop system can accelerate to speeds of up to 760mph with a longer track.

Virgin Hyperloop projects that they can build up to 670mph eventually, and a full-sized pod will have a capacity of 23 passengers, and measure 15 to 18 feet long. By comparison, the fastest commercial bullet train at the moment runs at round 300mph, so a Hyperloop system could complete a trip from LA to San Francisco in just 30 minutes and Kuala Lumpur to Singapore in even less! What do you think – Should we put off on the KL-Singapore High Speed Rail and wait for this instead?