VIDEO: Behold, the Truckla! Youtuber Converts a Tesla Into a Pickup 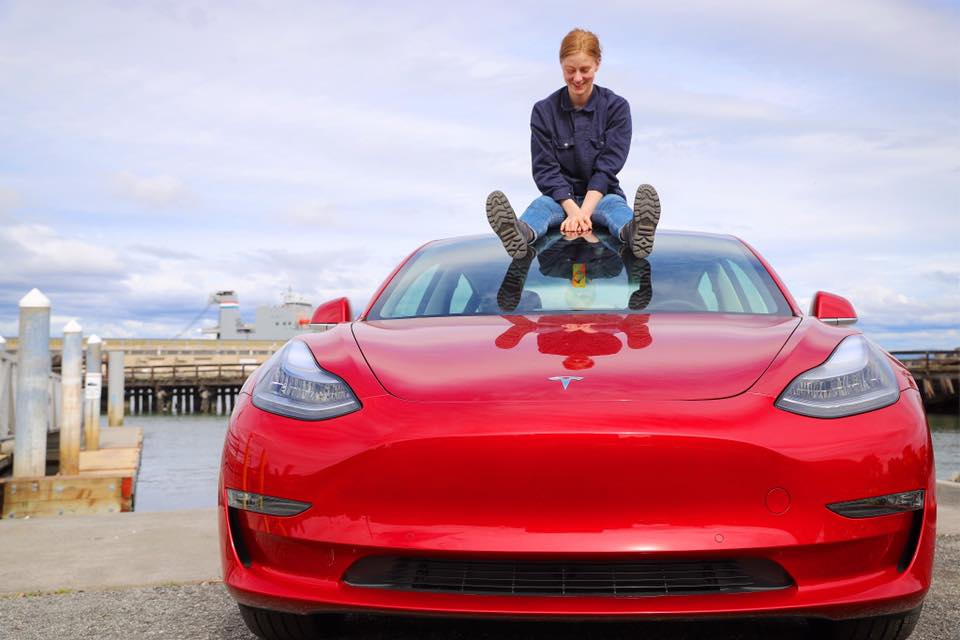 Youtuber Simone Giertz aka “queen of shitty robots” wanted a Tesla but, more precisely, a Tesla pick-up. And although Elon Musk has hinted that one is in the works, knowing that the infamous electric car company is prone to delays, the next best thing is to modify one from an existing Tesla.

So, that’s what she did.

Comes with a special gift.

Giertz started with a brand new Model 3 and documented the process in a recently released video that has gone viral. The transformation was much more complicated than simply cutting away the rear section and glueing on a truck bed.

There was thorough planning to avoid interfering with the car’s electronics and safety features. After cutting away the section behind the B pillars, a roll cage was installed to reinforce the vehicle’s structural strength. The truck bed and cab’s rear panel were salvaged from other vehicles.

Giertz took it one step further and filmed a fake ad for the Truckla. It goes: “It’s here…the truck the world didn’t know it was waiting for…”

In the ad, the Frankenstein’s monster of a car actually looks legit and pretty amazing. We kinda want one now.

But the Truckla is available nowhere, so we’ll just have to wait for the official Tesla electric truck, expected to be launched by the end of the year. Musk has said that it will cost US$49,000 and will be “more capable than other trucks”, ie. better functionality than the widely favoured Ford F150 and a better sports car than even the Porsche 911. But Musk often makes very bold claims, and we have seen evidence of at least one occasion when he was high.

Maybe Giertz can be convinced to sell Trucklas as a side income to her Youtube career.

PS: Even while working on the Truckla, Giertz has been battling a serious health issue. What an inspirational person she is and we wish her all the best!