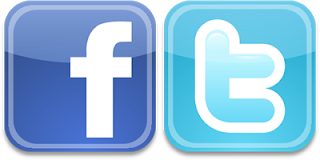 If the technology to reduce traffic congestion takes time to implement – for instance, self driving cars, integrated public transportation and better infrastructures – then the technology to ease at least some of the traffic pains is already here.

A host of mobile applications and social media platforms are already being used to foresee traffic conditions of the journey ahead, and to make optimum travel plans.

In Indonesia, Hendry Soelistyo, an IT entrepreneur, started a site calledlewatmana.com, that collates real time traffic updates on Jakarta roads, from users’ Twitter and Facebook updates. In a city of 10 million population and where daily commutes of 5 hours are not uncommon, this site is a godsend.

Besides relying on its users, the platform is connected to 100 CCTVs mounted on office windows across the city that sends photo updates via Twitter. Not surprisingly, the service has already garnered 200 000 followers.

For commuters in the city of Kuala Lumpur, Malaysia, the Twitter handle @kltrafficupdate, has almost 65 000 followers. Somewhat similar to lewatmana.com that uses crowdsourcing to collect information, followers rely on each others’ updates to find out traffic conditions in various part of Kuala Lumpur and its suburbs. With information in hand before even leaving their home or office, they can decide to proceed, change their route or delay their journey to reduce traveling time.

Waze is a mobile application that was developed in Israel and recently bought by Google (as are many successful online-based companies) for USD966 million. Waze merges GPS navigational service (watch out, Garmin!) with traffic condition updates, relying as well on the community of users to provide traffic information. Users simply need to key in their destinations, and, leaving the app active while driving, passively contribute traffic data or actively share observations of roadblocks or accidents along the way.

The app is fast gaining popularity in Asia. As of December 2012, there were 1.18 million Waze users in Malaysia, and it is gaining momentum in Indonesia and the Philippines. For now, Waze runs on incomplete maps in most countries, as it relies partially on complementary map data from its users. With Google now in the picture, mapping is bound to improve, even for this part of the world.

Now, for those who do not want to drive nor share a bus or train coach, there is the taxi option. However, taxis in this region, with the exception of Singapore, are notorious for being difficult to flag down or for not using their meters.

Enter the mobile taxi booking application. In Malaysia, there are already several similar applications rivaling for the largest piece of the market share. The most successful of them all, MyTeksi, was only launched in mid 2012 and within 4 months, were processing 1000 bookings a day.

The free (for the customers) service provides driver information, taxi location as the vehicle makes its way to pick up the passenger, an estimated cost of the journey and feedback function. Drivers with negative feedback would be blacklisted, after the company verifies the complaint and deem it justifiable. With that comes peace of mind that you’re not being fleeced by the taxi driver or single (especially female) passengers need not worry about their safety as the bookings are monitored by the company. The app has benefited the taxi drivers as well, who previously spent 75% of their time idle while cruising for passengers.

With its success in Malaysia, the company has recently expanded to the Philippines and Singapore under the name, Grab Taxi.

And even if we still get stuck in traffic or waiting on the curb for a taxi, equipped with mobile technology, we can still keep ourselves entertained. Candy Crush, anyone?

Made in Dagenham: Beyond Movie, Beyond Ford

Toyota Rumoured to be Considering Android for Future Models
September 26, 2018