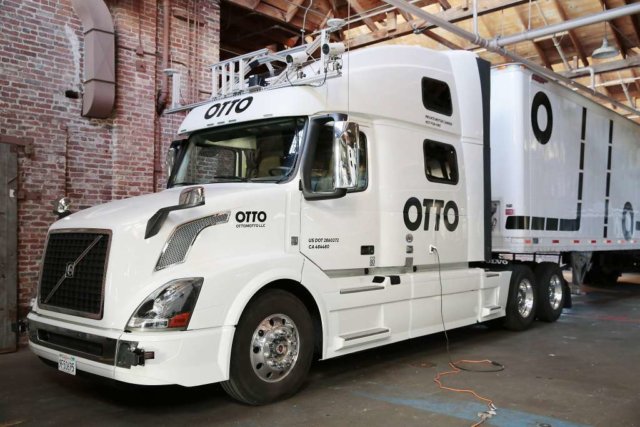 Uber has announced that it will no longer pursue the dream of cashing in on the US$700 billion per annum trucking business in the USA, and will close its controversy-mired self-driving truck business. Instead, it will keep its focus solely on the self-driving car sector.

Almost as soon as Uber founded its autonomous truck division in 2016, the company has been steeped in controversy, not to mention a number of lawsuits. CEO and Uber founder, Travis Kalanick, was the driving force behind the effort, which he kickstarted by taking over Anthony Levandowski’s Otto—which at the time was only months old—for an eye-watering US$680 million.

Almost immediately, the venture was thrown into turmoil as rival autonomous mobility company Waymo, the company that Levandowski left before forming Otto, filed lawsuits claiming that he had stolen the plans for its LiDAR sensor technology—which is, of course, what enables any autonomous vehicle to stay on the road and avoid collisions, particularly with people.

Of course, Uber maintained that it had not used any of the stolen LiDAR documents and fired Levandowski; incidentally, Kalanick had already been shown the door by Uber for other dubious business practices. However, when the case finally went to court, it took under a week for Uber’s lawyers to settle the case for US$245 million in stock, but with no admission of guilt.

When you consider the US$680 million purchase price and the US$240 million in shares, you could probably say ‘well, that was a costly mistake by Uber’. Uber now says it will pour money into its own LiDAR development and let us hope that it is better than its effort with the trucking company.

In part, Uber’s decision to close could also be due to the fact that one of its self-driving test vehicles, a Volvo SUV equipped with LiDAR, failed to ‘see’ a pedestrian crossing the road and the safety driver failing to react, resulting in a fatal accident—now, poor Elaine Herzburg has gone down in history as the first human killed by an autonomous vehicle.

Autonomous vehicles could well be the saviour of ride-sharing businesses, such as Uber and Lyft, both of which have been subsidising their rides with money raised with venture capitalists, just to ensure that they have market share. Not having to pay the driver would shake the taxi business to its very foundations and also probably some other businesses, like car manufacturing, and could make personal ownership of a vehicle as something consigned to the history books.

The same would be the case for the trucking business in the US of A. But it is not without its problems: at least 300 thousand drivers could lose their jobs in the US alone and those who remain would probably be consigned to simply driving the local delivery routes around cities, as most analysts will tell you that the thought of having driverless trucks navigating busy streets is beyond the scope of anyone now and will be for the foreseeable future.

Miniature Bus Takes to the Streets of London

More in toyota
Ford Revs Up To Knock Toyota Out Of The Race In China
January 15, 2014