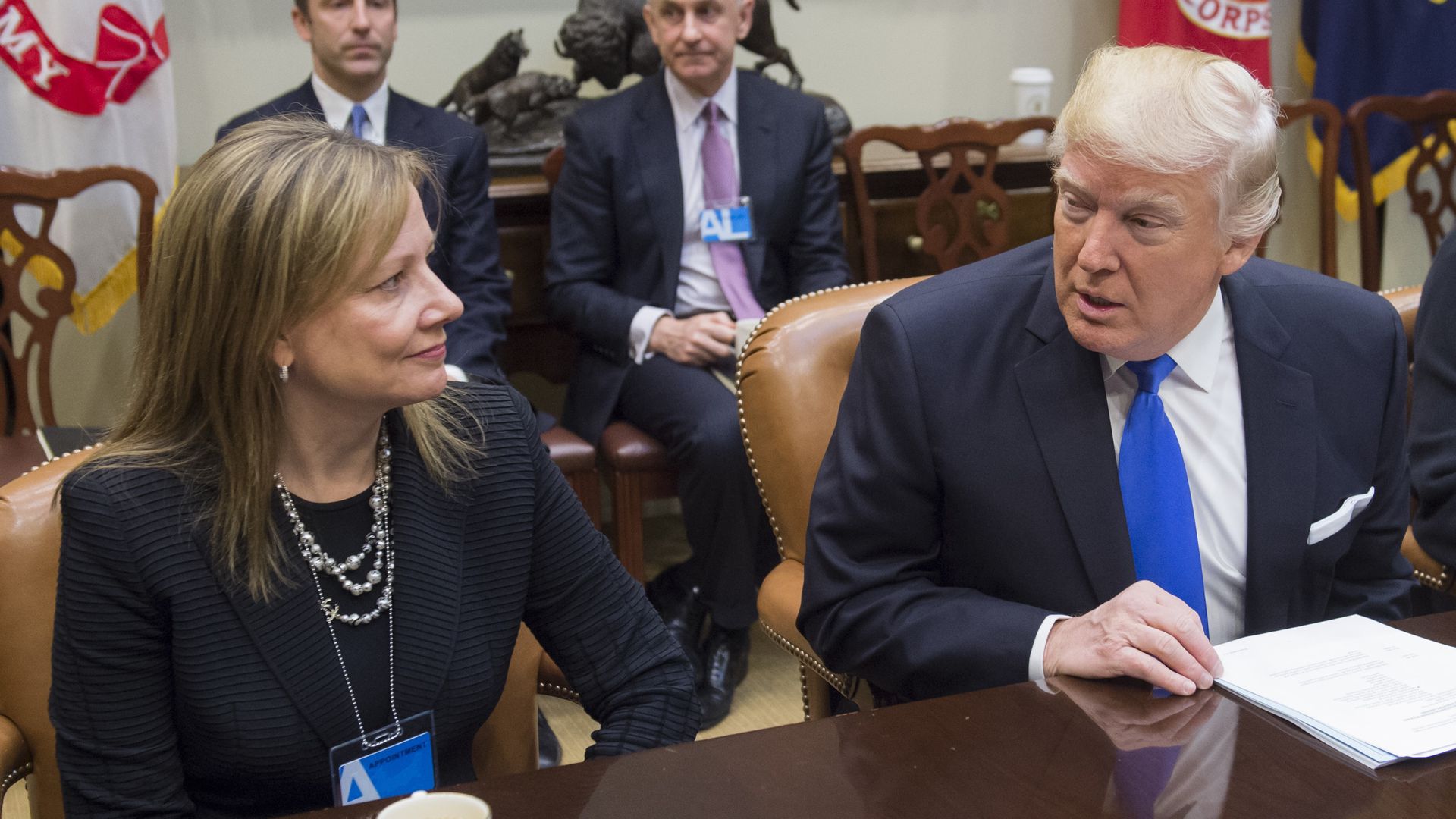 Plans are afoot at GM to cease production at seven of its manufacturing plants, which will result in the loss of about 14,000 jobs. GM is, of course, Americaland’s largest automaker and thus the move has annoyed President Trump somewhat.

The plan is to shift much more of its focus into electric and autonomous vehicle production, due to the overall decline in the market for GM’s traditional petrol-/diesel-powered vehicles. The restructuring is also designed to save some six billion dollars per year, which is of course not exactly chump change.

The new plan is the largest change to GM since it staved off bankruptcy a decade ago. But do not expect the labour unions nor politicians to go gently into that good night. President Trump has already declared that he is “not happy” and has told Mary Barra, GM’s CEO, to stop manufacturing in China and bring the jobs ‘home’ to Ohio (where most of the closure will be) to replace the ones that the company is to shed.

In a report carried by the venerable Wall Street Journal, Trump said, “They had better damn well open a new plant there very quickly, we don’t like it”, which is pretty strong language for a President. Apparently, Trump has spoken directly with Barra, reminding her that America had done a lot for the company and thus it owes a debt of gratitude to the nation.

The cold hard reality of modern manufacturing and business may win the day, though. The Detroit business has plans to cut its global workforce by 15%, with 8,000 salaried staff and 6,000 temporary staff to face the axe. This is all with the aim of slashing about 4.5 billion dollars off costs whilst removing 1.5 billion in capital spending.

What Trump may be forgetting is that any company has to be the right size for the marketplace, and this is the size that Barra’s GM believes it should be to meet future challenges. And she may well be right. For the past two years, Barra has managed to have two consecutive years of record profit.

It is, therefore, a good time to change, according to GM, to get ahead of the game and GM perceives that the market is changing fast. The staff, though, do not seem quite so keen to change with the market. Until last month, GM had been offering 18,000 voluntary buyouts to its 103,000 US-based staff, but apparently there have been few takers for the scheme.

Most of the plants to close are in Americaland’s Midwest, the exact areas that helped to elect Trump in the first place, although two are actually outside of the US of A. Whilst the President is unhappy about the move, Wall Street saw it as very positive and shares soared 5% on the news.

Our Shemud Debut: Quitting Was Not an Option

Bigger, Faster, Fatter: We Give You the 8th Generation 911