Automologist MAC likes to tell jokes here sometimes…but this is not a joke. 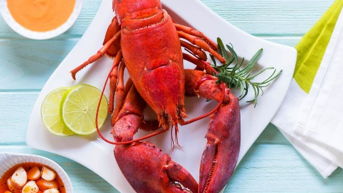 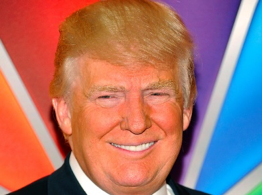 One is a President, the other is a cooked lobster.

Yes, I know that President Trump often has a similar orange colour of a cooked lobster, but this headline is no joke. In a televised roundtable with commercial fishermen in Bangor, Maine, one of the homes of the American lobster fleet, Trump threatened to impose tariffs on European Union cars if the trading bloc does not drop their tariffs on American lobsters.

He is that serious that he has appointed Peter Navarro, a White House trade advisor named ‘the lobster king’, as the person in charge of trade talks. At the same event, he has requested Navarro to identify Chinese-made products to put a tariff on should Beijing not drop their tariffs on American lobsters as well. And at this point, I would like to stress that I am not making this up.

Trump stressed that if the European Union doesn’t drop the tariff, then the USA would put an equivalent tariff on their cars. Neither the European Union nor any representative of China has as of yet replied to the comments. This is not a new topic – last year, Robert Lighthizer proposed a mini-deal that would have made US lobsters more freely available but it never got put into drive.

Trump has made a number of threats about European cars. It has become his go-to place when he is in trade talks with Europe. So far, though, he has not placed any additional tariffs on the cars.