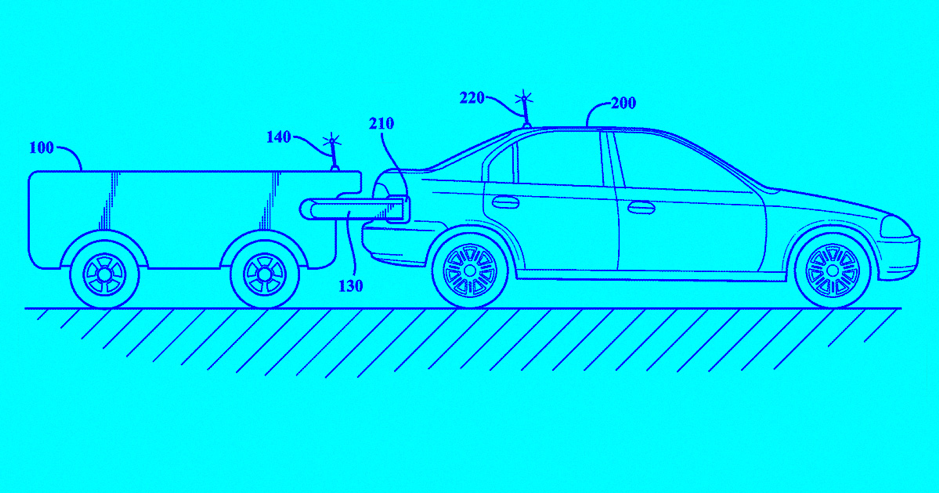 One of the issues with EV cars has long been anxiety around the range of the car. The fact that most of us never drive our car further than the range of an average car is irrelevant – running out of juice is still a big worry.

So, perhaps with a little out-of-the-box thinking, Toyota has quietly patented an autonomous refuelling drone that can drive to your location and top up your batteries on the go. Just think of those military in-flight refuelling tankers. Cool, right? Apparently, the drone is not just for electric vehicles; the same technology could be used for petrol-, diesel- and hydrogen-fuelled vehicles.

There is no information in the patent filing as to whether the receiving vehicle needs to be stationary or if indeed you can refuel ‘in-flight’, but it does mention separate compartments for fuel, a fuel delivery mechanism and control unit, but none for snacks.

How Do You Put Out An Electric Car On Fire?

All of which got me thinking about a future in which you are being whisked along the local highway when you run low on fuel and your car automatically summons the nearest drone to top off your tanks. Proximity sensors coupled with a GPS system and automated fuel nozzle take care of the rest of the operation while you the driver continues to sit back and relax.

Seeing as we are still not at Level 5 autonomy yet, there is a lot to be done and considered before we will see this level of tech on the roads. But for me, there is still one major area that needs to be addressed. If you are travelling with kids, or old folk for that matter, fuel stops are the ideal time for bladders to be emptied and snacks to be resupplied. Therefore, this drone will only be successful if it can address those issues as well.

Are Future Car Sales Going to be Digital? Suzuki Thinks So.