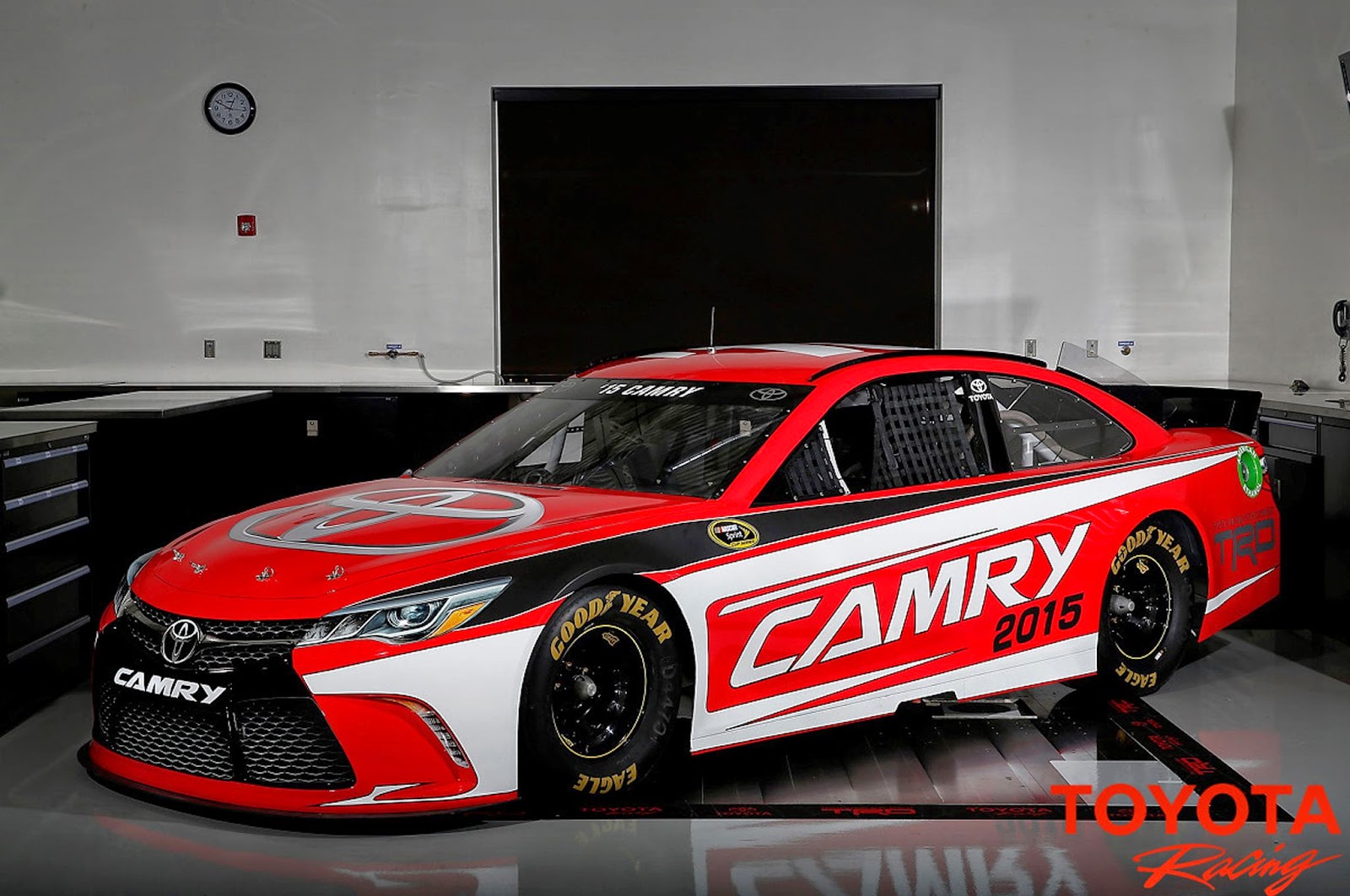 Toyota has lifted the veil off the 2015 Toyota Camry NASCAR race car, which is revving up to compete in the next season of the NASCAR Sprint Cup Series, and will also compete in the 2015 NASCAR Xfinity Series.

The Japanese carmaker is the first in the series to update its race car, the NASCAR ‘Gen-6’ model that originally debuted in 2012 for the 2013 season. The updated version is very similar to the 2015 Camry production model. In 2013, Chevrolet, Ford and Toyota all revealed race cars that looked like they had just rolled out of the showroom.

The most notable change to Toyota’s NASCAR race car is a bold front end and grille that looks like its mass-produced counterpart. It also has a sleeker hood and nose, a new rear and tweaked quarter windows.

“Definitely the 2015 Camry race car has benefited from a cosmetic standpoint from the stance that the 2015 production Camry is perfect – the front end, the aggressive, wide-mouth look is just perfect for this race car,” said Andy Graves, vice president of chassis engineering & Toyota NASCAR programme manager.

The new NASCAR Camry will debut during February’s Speedweeks at Daytona International Speedway.

Italy leads the way with biofuel

The Johammer J1: This snail can go fast and far