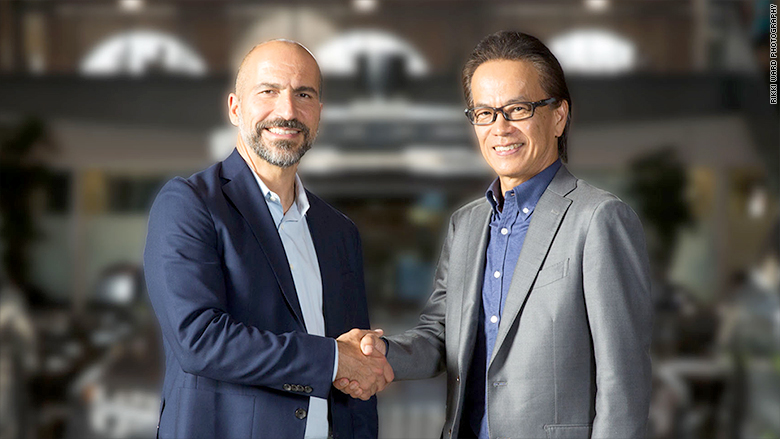 Toyota has announced a US$500 million investment in Uber, with the aim of expanding the partnership to jointly develop self-driving cars.

There is rarely a dull moment if you are an Uber watcher (like some of us at Automology are). Today is a fine example of one of those days when the ride-sharing company has been capable of hogging the headlines, although this time for the right reasons with the announcement of the expanded relationship with Toyota.

According to reports, the plan is for Uber and Toyota to pool their efforts in the production of driverless technology so that they can catch up with rivals, such as Waymo and Lyft, in the pursuit of a mass production autonomous vehicle.

Toyota is obviously eyeing a share of the future Uber market and let us not forget that there are something like 1 or 2 million Uber drivers in the world. Sorry, that’s being a bit vague, but Uber is still a private company and thus does not divulge the true numbers. It is thought that at least half of all the Uber drivers are in the USA which makes this a potentially huge market for any Auto-Manufacturer who wishes to become a future Mobility-Provider.

Globally, and according to information from a recent conference divulged by Uber Group Product Manager Yuki Yamashita, Uber drivers log a total of 8.5 million hours on the road PER DAY!  This translates to about 15 million rides daily across some 500 cities.

A joint press release issued by the companies said that self-driving technology from both firms will be integrated into purpose-built Toyotas. Presently this will be the Sienna Minivan and trials will begin in 2021.

Shigeki Tomoyama, Exec. Vice President of Toyota Motor Company, claims that the investment will be seen as a major milestone in the transformation of Toyota into a mobility company. This may well be the case as both companies are currently lagging behind other players in the field and of course Uber has been dogged by scandal and fatalities.