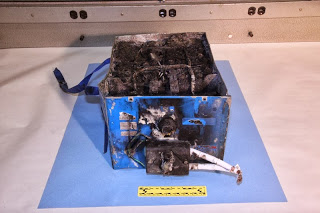 Columinist, MAC, ponders on the plateau of battery technology.
Growing up in rural England, one of my early childhood memories was being awoken on school day mornings by the quiet hum of the milkman’s electric powered milk float from Howard’s Dairy as he made his way up the hill on his essential mission to deliver the nation’s milk supply before breakfast. I will always remember the somewhat melodious chink, chink, chink of the empty bottles rattling in their crates. I will also always remember how frustrated my father would become if he got stuck behind one of the slow moving rolling roadblocks as they were, in actuality, slow beyond belief.
The fact is that the much heralded efficient electric vehicle development has somewhat stalled. This is primarily due to a lack of advances in battery technology for use in electronic vehicles. The speed issues have been resolved and vehicles like the Tesla S is testimony to this, but there are still issues with range anxiety and recharge time, not to mention the lack of public charging stations should you get caught short. For 10 years now, there have been no advances in lithium battery technology and no one appears to be close to finding a replacement for the li-ion battery.
The lead battery has been around for 154 years and really its dominance has yet to be surpassed in auto-motion. However, engineers from Chevrolet Volt and Toyota Prius now have a new aim – to build a battery strong enough to power EVs into the mainstream of private vehicle ownership. At a recent gathering of experts in the field of battery technology held in Washington by the National Transportation Safety Board, which is leading the investigation into the problem with the Boeing 787 Dreamliner’s lithium battery, the conclusion seems to be that the expectations of the li-ion battery were too high and advances have stalled, undercut by high costs, technical complexity and safety concerns.
Many experts are saying that it will take at least another 10 years before lithium battery technology is ready for widespread adoption in transportation, and executives from Toyota are being quoted as saying that the solution lies past li-ion batteries. Interviews with dozens of other industry experts, including the founder of Securaplane, which makes the Dreamliner’s battery charger, reveal that many other companies share Toyotas view on the matter.
“Smart people have been working on this for 10 years and no one is close to a new kind of battery,” said Fred Schlachter from the Lawrence Berkley National Laboratory. In fact, it was widely believed that clean technology batteries would shrink in size and weight in a similar way that microchips had. That hasn’t happened and, according to Schlachter. it is not going to happen anytime soon apparently. “We’re not going to see a different chemistry, unless we are very lucky, for decades,” he said.
The supporters of lithium batteries, including Boeing, Tesla and General Motors, the makers of the Volt, believe that they can make the batteries safe, stating that problems with new technologies are to be expected. Tom Gage, a battery expert, believes that the lithium battery may be a little more tempestuous than other technologies, but is the best that the industry has to offer and will only improve. However, Subhash Dhar the founder of Energy Power Systems, the advanced lead acid battery company, claims that the promised improvements with li-ion batteries were never achieved. Dhar, who helped develop the nickel metal hybrid battery for the Prius, described his disenchantment with li-ion technology’s complexity and cost.
In fact, it can be claimed that the technology in the GM Volt makes the case for both critics and fans. The battery itself has more than 600 components, including seals and cooling components, all of which have to stay in place for the entirety of the battery life. Otherwise, it will experience catastrophic failure. But GM is adamant that the technology is now safe enough for mass production. It is a fact though that many li-ion battery factories are lying idle as many don’t agree with either Boeing or GM.
Against this backdrop, Tan Chong Motors of Malaysia is set to launch the second EV in the market, the Nissan Leaf. The problem is that although Datuk David Chen has been championing the creation of EV charging stations around KL to support the government’s green initiative and even though the Mitsubishi i-MiEV has been in the country for some time, there are but a handful of recharge sites available to date, at Bangsar Shopping Centre, Suria KLCC and Lot 10; this can hardly be described as an extensive network. So who’s for a Leaf?
As an aside, Airbus, Boeing’s global competitor, has decided to drop the li-ion battery and would rather watch the technology develop and ‘mature’…So, who’s for the Dreamliner?

Malaysians vs Singaporeans: Who’s Worse Off?

007s And Their Aston Martins