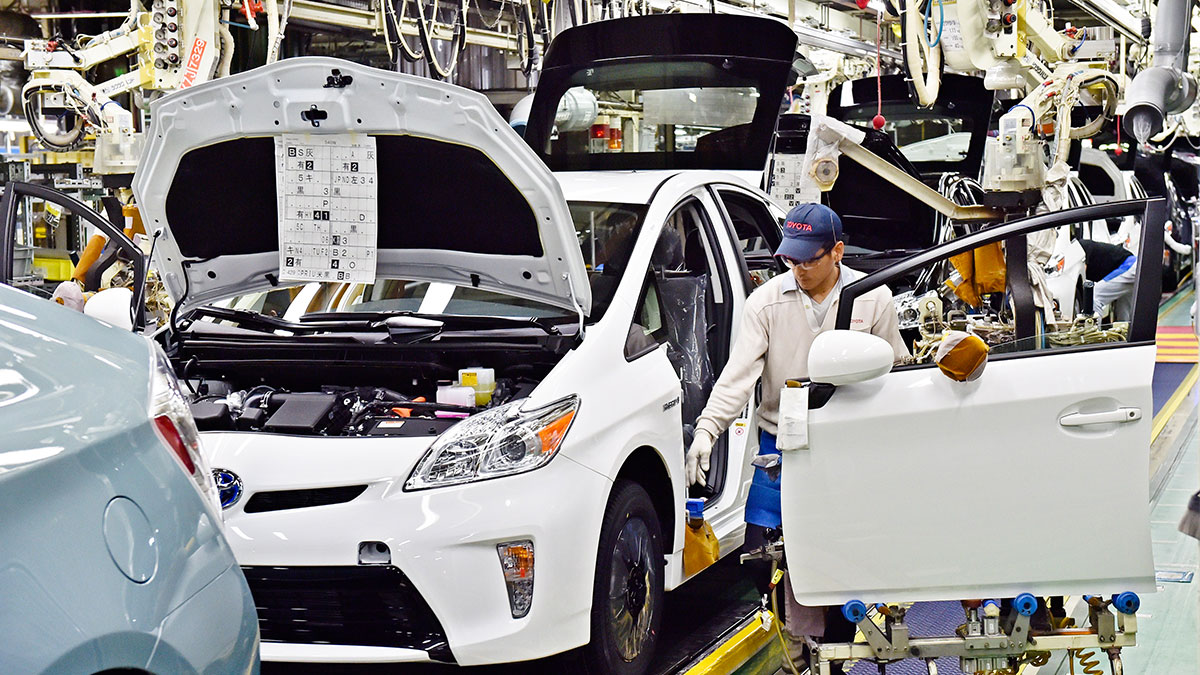 Just outside of Haiphong, the port city just north of Hanoi in Vietnam, a single factory worker came down with the Covid Delta variant. This particular nasty beastie had spread like wildfire throughout Vietnam and this one positive test was enough for provincial officials to call a halt to the production lines there. Ripples spread across the ocean to the Toyota Chief of Purchasing, Kazunari Kumakura. The plant, which is operated by a supplier, is one of the world’s biggest assemblers of wire harnesses, those bits that essentially command and control all cars and without which, all you have is a useless hunk of metal and plastic.

Almost immediately as the virus disrupted production, Toyota’s stocks grew perilously thin. Toyota traditionally has a very low inventory of parts, choosing to operate a famously lean “Just-in-Time” system. Basically, their production is planned months and sometimes years in advance and thus great emphasis is placed on the supply to produce the required items as and when they are required on the production line. Not before, not afterwards, but just in time for it to be used.

It wasn’t only the wiring looms that were a problem. Down here in Malaysia, the supply of chips had also been disrupted. So, unable to get the parts to the factories as and when they were needed, Toyota succumbed and the World’s Number One Car Manufacturer reduced the number of cars to be produced by 40% in September. Globally, carmakers have been beset by shortages that have dramatically reduced production, just as the public emerge into the post-Covid dystopia clutching wads of cash from their ‘forced savings and a desire to get a new ride. This has driven up the price of second-hand cars across the globe.

Over in India, the largest volume car maker there, Maruti Suzuki, are saying that they will probably be able to deliver about 40% fewer cars than expected as well. Manufacturers are now faced with the challenge of sourcing substitute suppliers and parts to recover lost output to meet the inventory-depleted demand for cars. However, this recent logjam that has shut down one of the world’s most efficient supply chains over at Toyota will make some question whether the strategy to focus on in-and-out efficiency, with inventory maintained at minimal levels, will survive in the post-Covid dystopia, unless you are betting that there won’t be another virus that escapes from a lab in China.