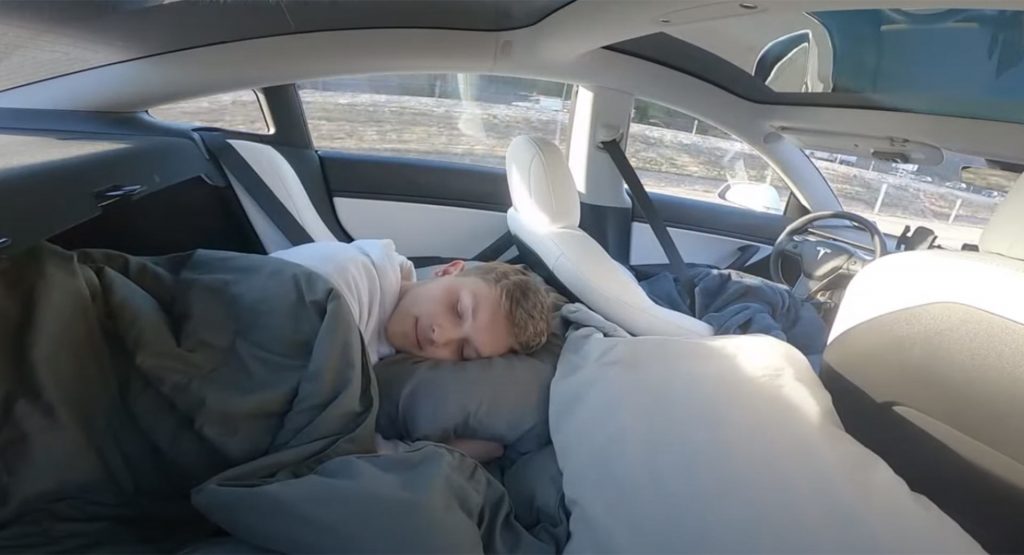 While Elon Musk might have said before that Tesla’s vehicles are capable of “full self-driving capability”, no vehicle on the road nor the ones in development for full automation has yet to achieve Level 4 autonomy – ie. without expectation of a human driver available for takeover. But that hasn’t stopped drivers of Tesla, and other highly automated vehicles, from letting go of the reins and taking a nap as the car cruises down the highway.

Most vehicles on the road that are capable of autopiloting themselves usually have some sort of built-in safety feature to prevent drivers from fully handing over command of the vehicle to the vehicle’s AI. So, there isn’t the question of maybe these drivers had simply fallen asleep behind the wheel – they had to make an actual effort to trick the car into “thinking” that they are still alert behind the wheel.

TikToker, Johnathon Cook, who has 1 million views on the social media platform, uploaded a video of himself “sleeping” behind the wheel and then in the backseat of a Tesla Model 3, snug with pillows and blanket, while the car was moving at a significant speed on a highway.

He even uploaded a behind-the-scene Youtube video of how he used what looked like wrist weights wrapped around the steering wheel to dupe the vehicle into thinking that the driver had their hands on the wheel; Johnathon also climbed out of the fastened seatbelt to avoid disabling the Autopilot. And who was filming him? Let’s just say that Moms don’t always know best.

Now, doing this is probably a criminal offense where Johnathon is from, as it is in many parts of the world, and he has given the authorities all the evidence against him by publishing it to the world. But Johnathon is not the only one who is guilty of reckless driving, or rather reckless not-driving.

Sex in Cars, the Next Safety Hazard

You can hardly be surprised.

But the company remains steadfast that they are not responsible for crashes that happen while on Autopilot even as they continue to received flak for using what critics say is a misleading name for the function. Tesla says in their defence that they still instruct drivers to keep their hands on wheels and eyes on the road.

Which Car Window Should You Open To Avoid Airborne Germs

More in transportation
Should Your City Ban Cars?
January 16, 2019