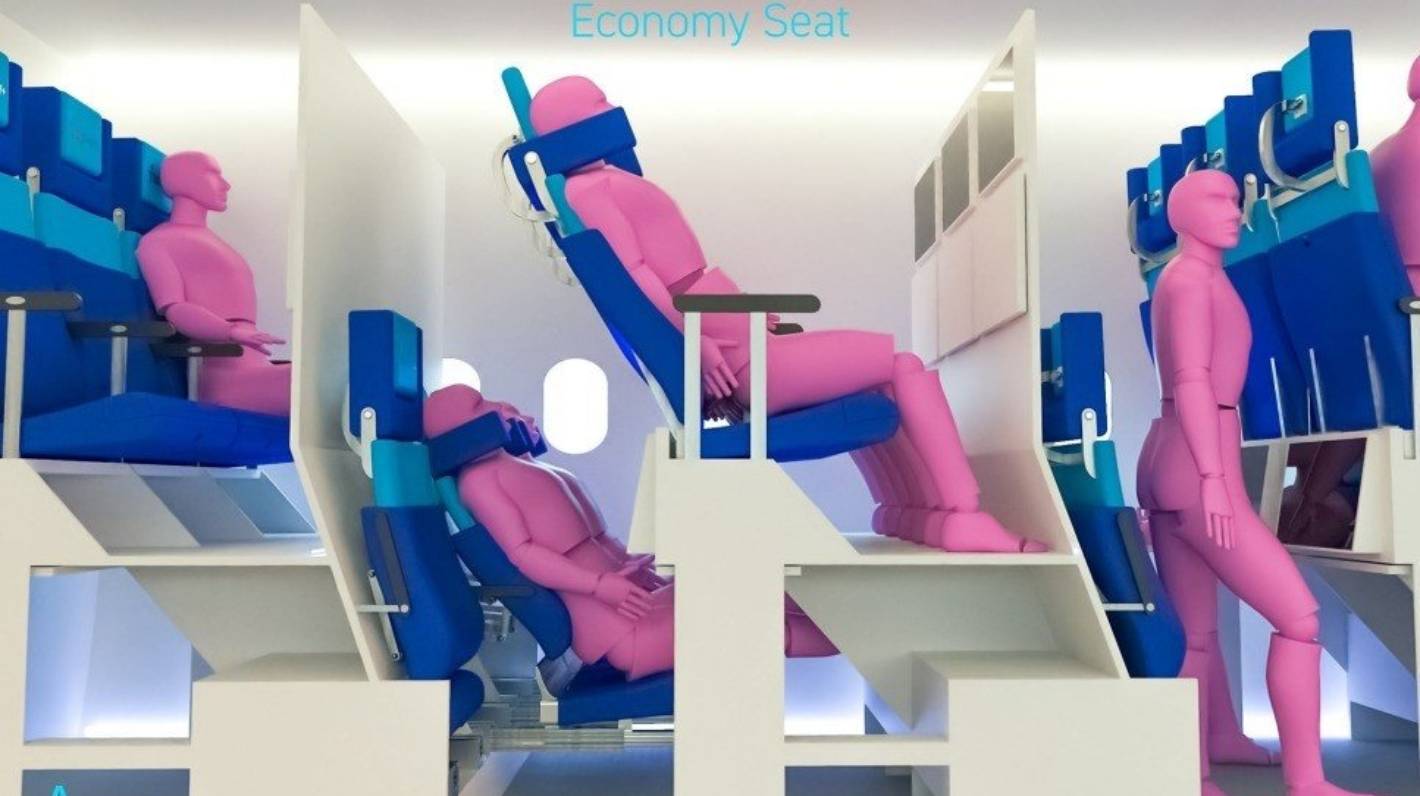 What fresh hell is this?

Airlines are always looking to stuff more passengers into the plane to increase the profitability of each flight, and Alejandro Núñez Vicente’s idea has caught their attention. Vicente began designing double decker seats for planes as a college project, and now it seems like his Chaise Longue Airplane Seat concept could be the future. (Sounds fancy and quite relaxing, but wait…)

Vicente even garnered a nomination in the 2021 Crystal Cabin Awards, which is a big deal in the aviation industry. Now, he is in talks with some of the big airlines and has even received investments to continue developing his project.

While the airlines are excited, Vicente’s design has been gaining notoriety on the Internet. His prototype, which was recently on display at the 2022 Aircraft Interiors Expo in Hamburg, Germany, comprises a top level accessed by two short steps and while the prototype upper seats are wide and comfy enough, there is not much headroom left even though overhead cabins have been moved to between the top and bottom levels. 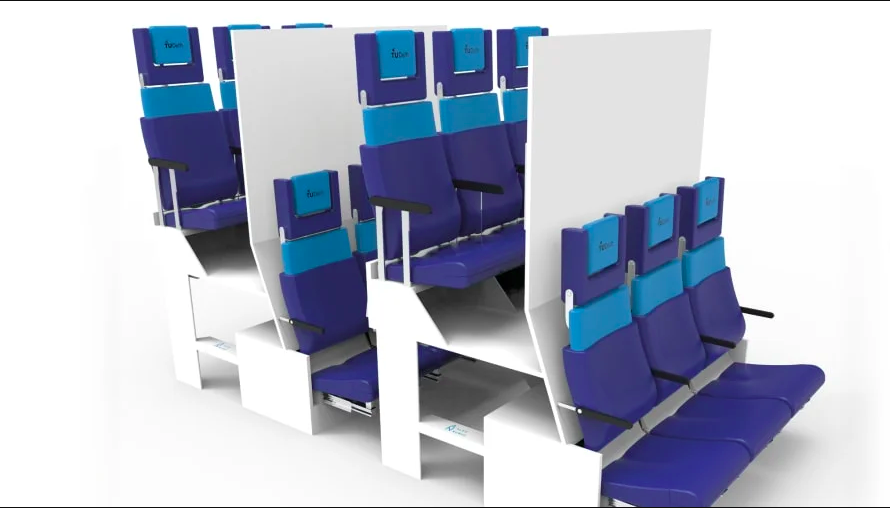 It’s the bottom row of seats that looks like a claustrophobic nightmare. While bottom row passengers can stretch their legs in the cavity created by the elevated upper seats, there is not much space between the head and the seat in front; worse still is that your face would be level with the upper passenger’s buttocks and would be in the direct flow of gas that is emitted from them, and let’s not lie to ourselves—we fart more frequently than we let on.

As if flying economy is not bad enough.

Vicente is however confident that his design would become a reality some day and could be found on a Boeing 747, Airbus A330 or any medium to large wide-body airplane. But the road there is long and protected by stringent rules (thank god).

If you think that it could never be, remember that airlines are here not to make flights more comfortable for you but more profitable for them. And if you had to suffer someone’s flatulence for half off the current ticket price, well, someone else if not you will be willing to take it.

More in fuel
No more fuel subsidies for Malaysians
November 24, 2014