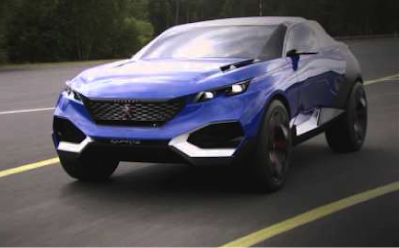 Automologist KEVIN places his stamp of approval on these new Peugeot concepts.

Every year, manufacturers come up with an array of concepts, showing off their talent in terms of design and technology. It usually is done to give the public an indication of their new design language or, in some cases, the actual car itself. All this said and done, concepts merely sit as an idea for years before they are turned into somewhat of a reality.

Peugeot, however, decided to take a rather different approach this time. Introducing the Quartz SUV and Exalt saloon, which not only provide future potential customers with a sneak preview of what we can expect from Peugeot’s future models, but, more than that, these prototypes also work. 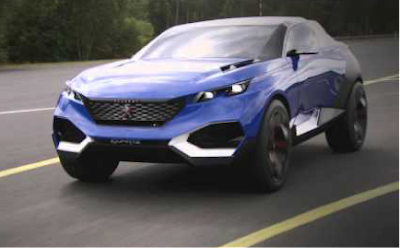 The Quartz was designed with an angular body and the Exalt sports more svelte lines. Both concepts use a hybrid powertrain, combining tuned versions of Peugeot’s THP 1.6-litre turbo petrol engine with electric motors.

The Quartz is the more powerful of the two, pumping out a whooping 493bhp from the 1600cc four-cylinder turbo-charged engine and two electric motors. Each one is attached to each axle. When running purely on electricity, Peugeot claims it can achieve a range of 48 kilometres. The Exalt, on the other hand, with the same powertrain system, develops a more modest 335bhp. This is mainly down to the fact there is only one electric motor supplementing the power at the rear axle. 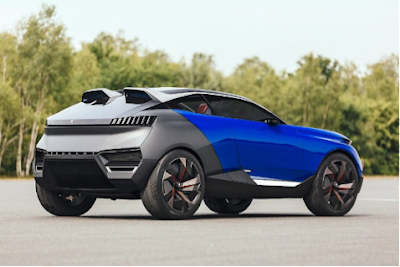 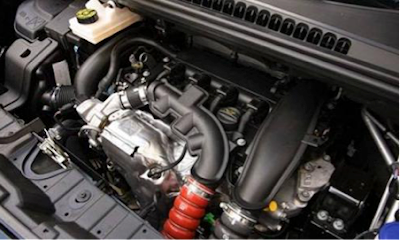 The Quartz is the newer of the two concepts. It was shown to the public for the first time at the Paris Motor Show. It gave a glimpse of how Peugeot’s future crossovers’ design language would be and the SUVs that will carry these somewhat angular designs would be the next-generation 3008 and 2008.

The Quartz blends trademark SUV styling cues with those of a coupé, seen in the sloping rear and flared arches. A shallow window line and steeply raked rear screen – complete with a split spoiler – give the car sporty proportions, like the Range Rover Evoque or BMW X4. 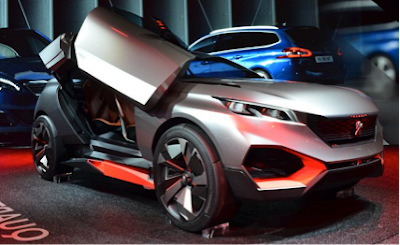 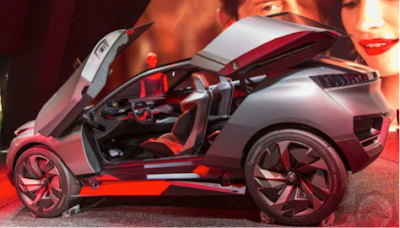 To allow you to access the cabin, the doors tilt out then move up. The bodywork around the C-pillar moves in the opposite direction, rising over the rear, making it look like something from a sci-fi or fantasy movie. Maybe it will be featured in the next instalment of the Transformers; it is after all very Autobots-like.

The Exalt is restrained and composed. The panel lines are soft and the profile much more sleeker; the overall design far more subtle than that of the Quartz. The Exalt was first previewed at the Beijing Motor Show in 2014 and then later, a European version was displayed at the Paris Motor Show that same year. The one shown above is the European version which, if goes into production, will be the basis of the actual model, we believe.

While Peugeot has taken a different approach to the way the concepts look on the outside, the family connection is more evident inside. Both use a development of the i-Cockpit found in the 308, but here it’s pushed to its limits of luxury and style. Buttons and switches have been kept to a minimum, with the bulk of driver information coming through a head-up display and dash-mounted screens.

Materials used in both cabins are a cocktail of wood, leather and brushed metals. Peugeot has had nearly a year to fine-tune the concepts, so the execution and finish are almost flawless, unlike the hastily constructed cabins of some concepts. 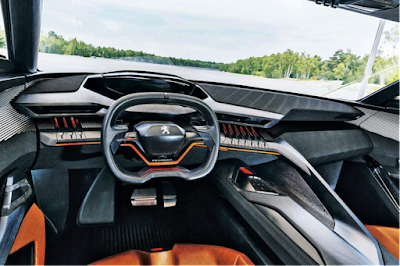 Whilst the company does not offer a plug-in hybrid currently in their line-ups, these concepts feature the same powertrain and the head honchos at Peugeot seem to be keen on putting this technology into production.

Most concept cars are not road-worthy and can never drive as well as they look, but looking at what Peugeot did with these two concepts, I’m sure many of us out there can’t wait for their models to be launched; of course, with the design flair and the technology infused into the Quartz and the Exalt dripping down to these early awaited future road-going models.

Automotive Art that will make you go WOW