The Pope gets a Papal-themed Lamborghini Huracan 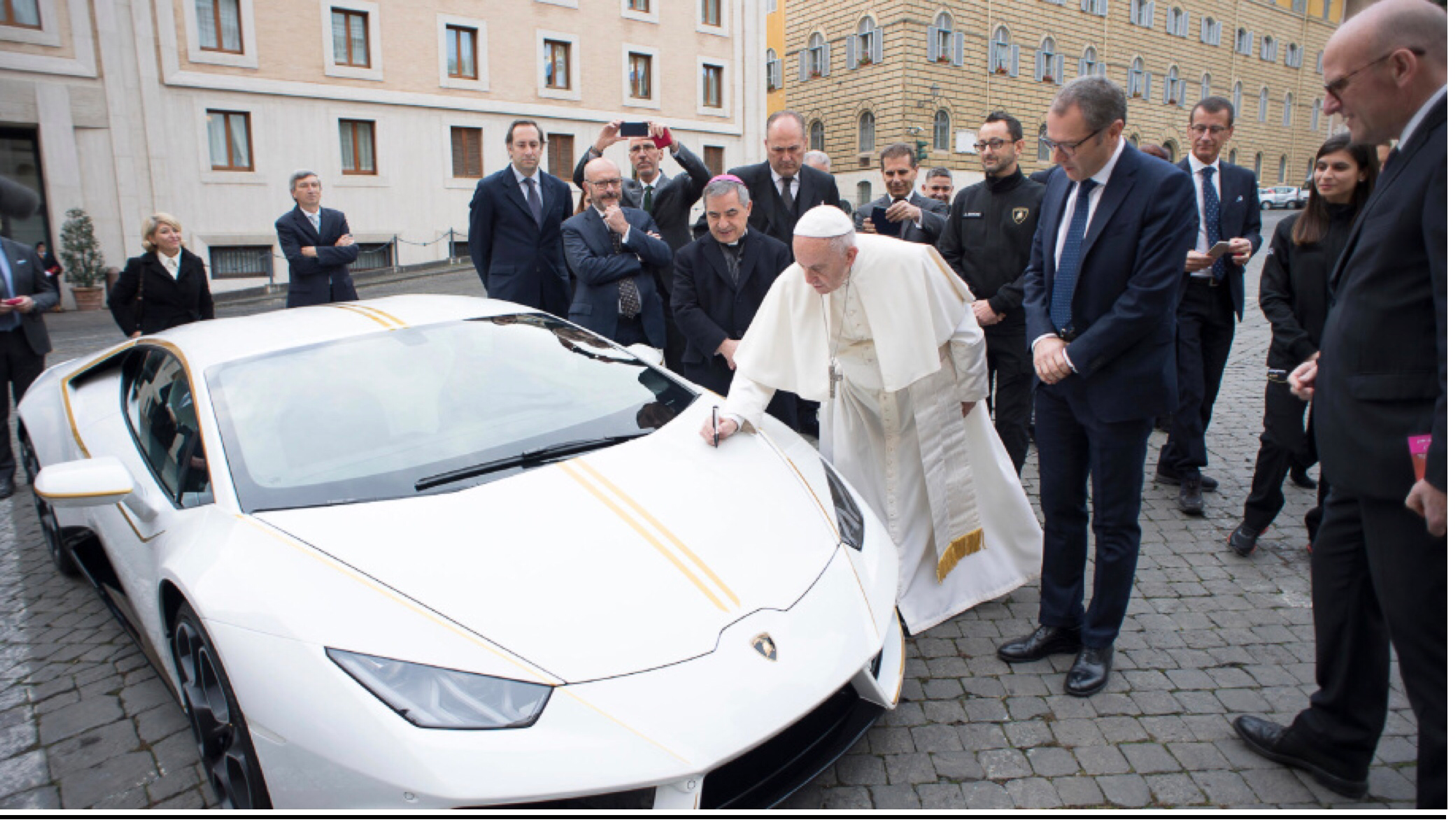 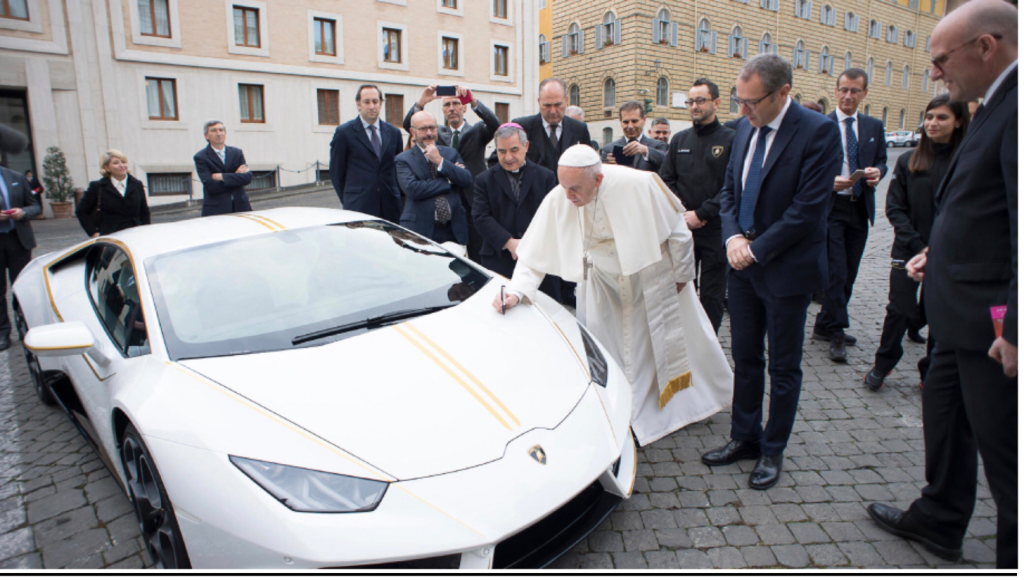 The good folks from Sant’Agata, who manufacturers these celestial machines, has presented the Pope with a one-of-a-kind Lamborghini Huracán LP580-2. The Huracán RWD is done in Monocerus white with Tiberio yellow stripes running along the hood, roof and body, mirroring the colors of the flag of the Vatican City, just like the Pope’s cassock. The Pope blessed and autograph the car when it was presented to him outside the Casa Santa Marta, the guesthouse within the Vatican where he lives. It usually sells for more than US$200,000 but with the signature of the Pope on the hood, it will definitely increase in value. 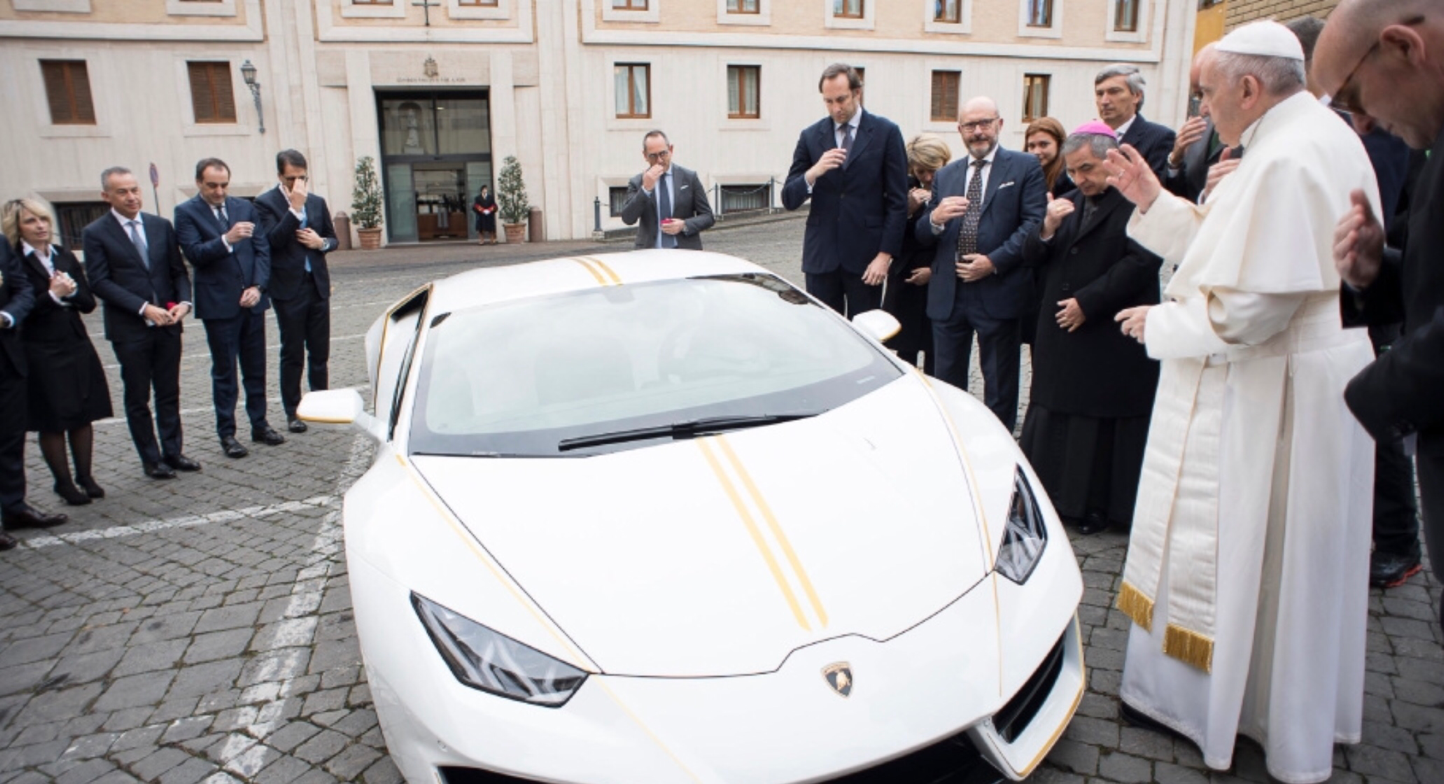 The pontiff blesses the Lamborghini Huracan.

Chairman and CEO Stefano Domenicali, board members and two employees who helped build the car were present to hand over the supercar. The seventh version of the Huracán, the Italian company’s entry-level model, is powered by a naturally aspirated 5.2-litre V10 that makes 602 horsepower and 413 pound-feet of torque.

The supercar will be auctioned off for charity to support causes that are dear to the pontiff. These include projects to help female victims of human trafficking and forced prostitution, helping the faithful return to rebuild their homes in Iraq’s Nineveh Plain that were destroyed by militants and to two Italian groups which provide medical services in central Africa. 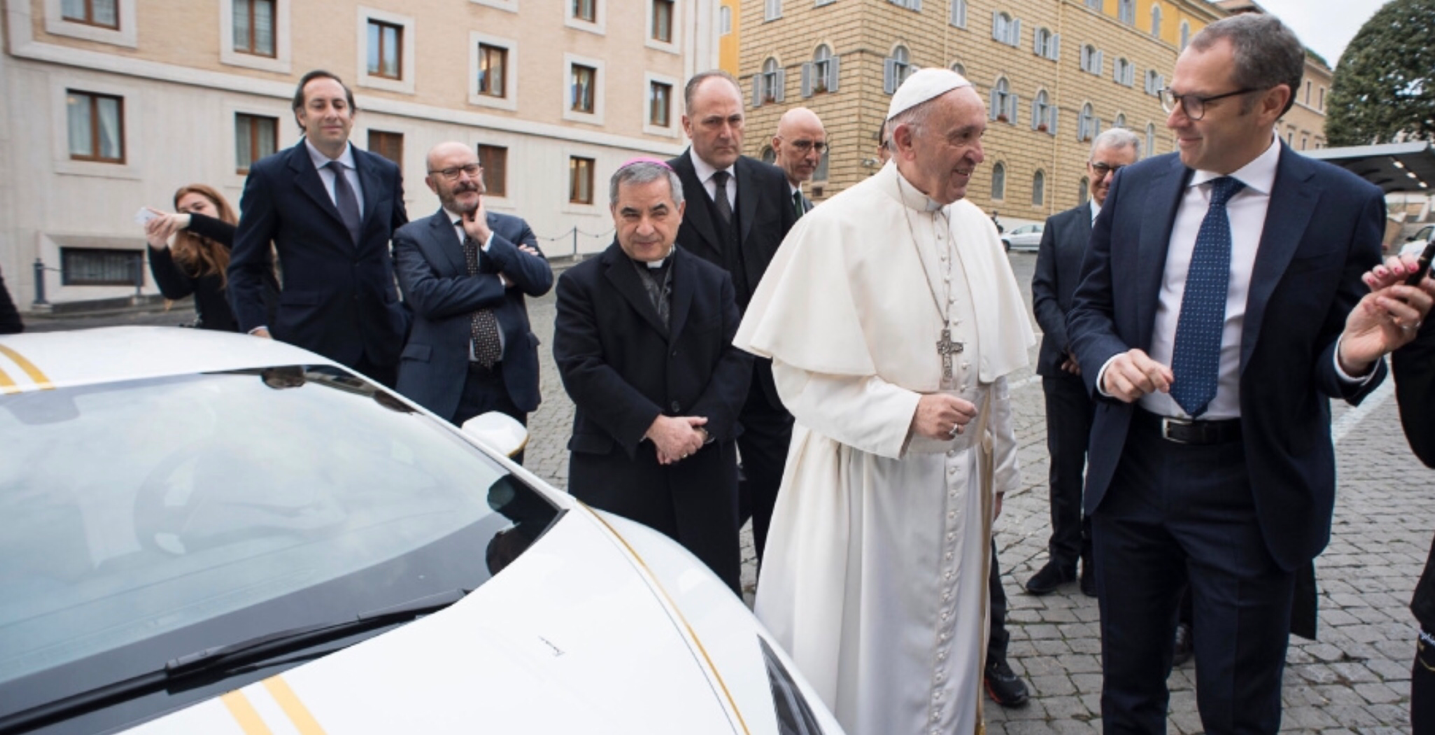 The Pope having a chat with Lamborghini Chairman & CEO, Stefano Domenicali.

When Pope Francis was given a Harley-Davidson motorcycle back in 2013, it sold a year later at auction in Paris for a staggering US$327,000, despite retailing for around $13,000. The fact that the Pope had signed his name on the tank hugely increased its value. A leather Harley-Davidson motorcycle jacket, also signed by the pontiff, sold for US$77,000. We bet the Huracan will be auctioned off at an astronomical fee in Sotheby’s on May 12, 2018. 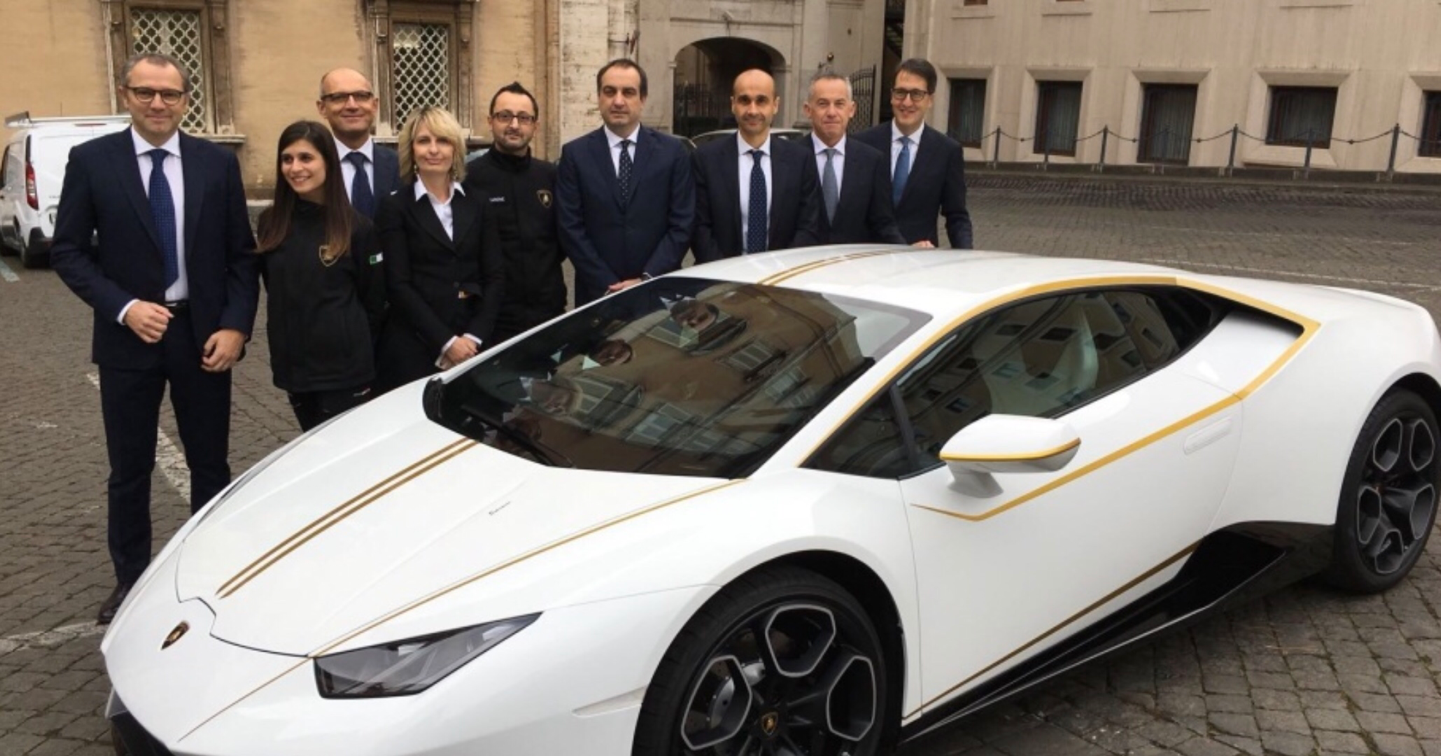 One for the family.

The All-New Myvi Launched and it is Better Than Ever