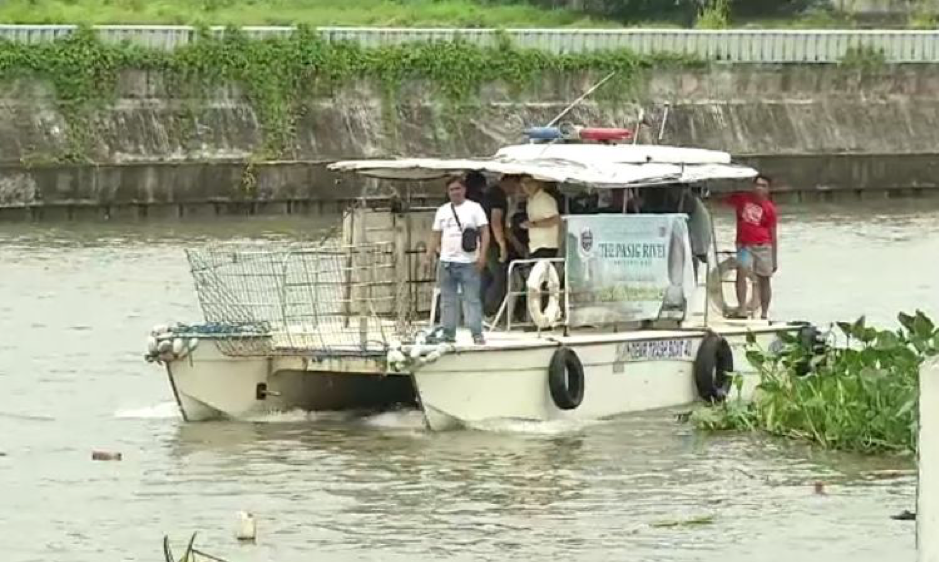 Since my early childhood memories, the Pasig River in Metro Manila, Philippines, has been associated with pollution and not with transportation nor tourism. In the 1800s up to early 1900s, though, this once deep and clean river was the most efficient way to ferry cargo between the Manila international and domestic seaports, and the industrial areas of Pasig and the many towns of Rizal province.

But after years of waste- and debris-dumping, the river has become 75% filth and silt. Many attempts were made to revive Pasig. There was the “Save Pasig Project” by the then First Lady Ming Ramos, wife of President Fidel Ramos. Even the present Duterte Administration has attempted to clean the river, but unless this river is dredged to remove dirt and mud and restore its depth, it will never return to its previous glory.

Is This Tesla Cybertruck Made In The Philippines?

A Ford F-150 in Cybertruck clothing.

But, salute to Mr Ramon Ang, President of beer-maker San Miguel Corporation (SMC), for finally channeling the accumulated profits from Filipinos’ longtime “addiction” to beer into rehabilitating the Pasig River. Their plans involve removing the filth and silt, and turning it into a viable river transport way with highways alongside it. CNN Philippines reported that SMC announced on Thursday its ₱95.4 billion Pasig River Expressway (PAREX) project, which will require cleaning up the Pasig River to be able to build the expressway – the visionary business tycoon emphasized that PAREX will be a “solution within a solution”.

“For so many decades, even when I was young, the Pasig River had been synonymous to pollution,” Ang said. “Many Filipinos have long wanted to clean it and revive it, bring it back to its old glory. There were even high-profile fund-raising projects and similar initiatives to clean it. But unfortunately, not much has changed,” Ang said.

“Not only will we be building a much-needed direct link between eastern and western Metro Manila, we will also be leading a historic effort to bring the Pasig River back to health.”

PAREX will be a 19.40-kilometer, six-lane elevated expressway along the river banks. After the river bed has been cleared of debris and garbage, cargo barges and transport vessels can comfortably use it again. The clean river will provide an alternative and faster access to the country’s largest business districts: Makati, Ortigas, and Bonifacio Global City. Once the bad smells plaguing the Pasig River are gone, river tourism will also begin.

The expressway will start from Radial Road 10 (R10) in the City of Manila and end at a connection to the South East Metro Manila Expressway or the Circumferential Road 6 (C6). This will reduce the travel time from Manila to Rizal to just 15 minutes, the multi-billion conglomerate said. PAREX will have entry and exit points at the University Belt area, San Juan, Buendia, Mandaluyong, Makati, Rockwell, EDSA, Pioneer St., BGC, and C5, before terminating at C6.