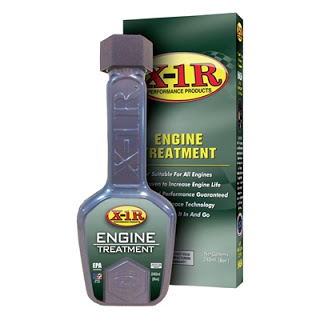 Motorists in the Philippines have got new places to find X-1R after it was announced that the Honda-Ayala Group has become an official stockiest of X-1R Engine Treatment and is enthusiastically endorsing this Certified Space Technology and NASA Hall of Fame Awardee product to their loyal customers. This is great news for all motorists, and especially great news for Honda enthusiasts as Honda Ayala Group corners approximately 60% of the total Honda Market in the Philippines and comprises of 10 Honda Franchised Dealers: 5 in Metro Manila, 4 in Visayas and 1 in Mindanao.

The Honda-Ayala and X-1R working relationship is made even stronger with X-1R invited to be a major sponsor of the recently conducted Honda-Ayala Service Associates’ Skills and Knowledge Competition (HASKCOM) Final 2013. HASKCOM is an annual skills excellence and proficiency contest in 9 service areas. Honda-Ayala is no stranger to this competition as they have been the perennial champion bagging 27 of the 29 national awards.
During the HASKCOM 2013 Awards Night, Honda-Ayala acknowledged 3 of their most valued suppliers on stage: Honda Cars Philippines Inc (supplier of Honda cars and parts), Willex Paints (supplier of paints) and X-1R Global (supplier of X-1R Engine Treatment). X-1R Country Manager for the Philippines, Harold Ledda, received the Certificate of Appreciation. Ledda said, “ It was an honour for X-1R to be included among the 3 most valued suppliers of Honda Ayala Group.”
In fact, X-1R Engine Treatment emerged as the winner among all other engine treatments tested in a very strict technical evaluation conducted by the Honda Ayala Group. This announcement was made by Mr. Leo Dolendo, Vice President and Functional Director for Service of the Honda Ayala Group, in the presence of all the Service Managers of the Metro Manila Honda-Ayala dealers, when X-1R was finally accredited as a Honda-Ayala-compliant product.
In response, Mr. Brixton Aw, President of Creative Sparx Inc, the exclusive Philippines Distributor of X-1R, has offered an X-1R promotional programme for Honda Ayala customers and the entire Honda-Ayala service team, an effort seen to increase the use of X-1R among Honda-Ayala customers.

Hyundai Is Buoyant, But Maruti Suzuki Is Cautious

More in featured
Generation 8 Corvette is Now Officially With Us
August 2, 2019