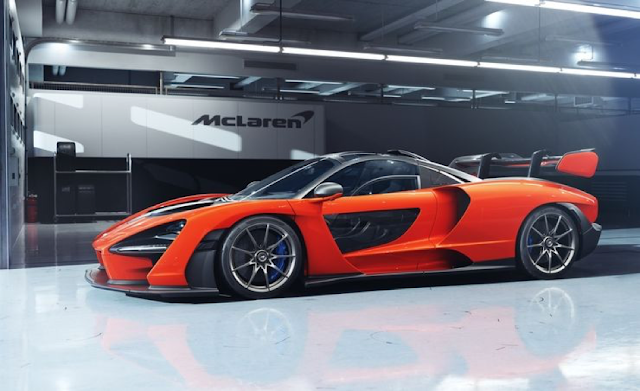 When the words “McLaren” and “Senna” are put together in the same sentence, we can immediately sense that it will lead to something miraculous. Miraculous like when the McLaren F1 was built. Miraculous in the way when McLaren won all but one race in the 1988 F1 season, with Ayrton Senna winning eight of them.

So it came as no surprise when McLaren decided to pay homage to its greatest driver, who won all his titles while associated with the team, by creating the McLaren Senna. Only 500 units will be built and with a USD1 million dollar price tag. And the car has already been sold out. No surprise.

has the most powerful engine in a road car ever built by the automaker. The car is designed for track use, first and foremost, hence the massive limitation in weight and minimalistic approach. No fancy features, no air-conditioning, no cargo area, because it all leads to one thing—mass. And mass is the enemy.

Its 4.0-litre twin-turbocharged V8 engine produces an immense 789bhp and 800Nm. Now, that doesn’t seem much, but because the Senna weighs only 2,461 pounds, the lightest ever since the supernatural McLaren F1, you great an incredible power-to-weight ratio of 688PS per tonne.

Following the principles of aerodynamics and downforce, every single line passes through a functional air intake or vent in order to create massive downforce from the front splitter right to the double diffuser at the rear. The 4-feet high rear wing is hydraulically actuated and can serve as an airbrake.

Its carbon fibre MonoCage III chassis is the strongest monocoque ever built for a road-legal vehicle. The carbon ceramic braking system is the most advanced ever fitted to a McLaren road car.

“The McLaren Senna is a car like no other: the personification of McLaren’s motorsport DNA, legalized or road use but designed and developed from the outset to excel on a circuit,” McLaren Automotive CEO, Mike Flewitt, said in a statement.

“Every element of this new Ultimate Series McLaren has an uncompromised performance focus, honed to ensure the purest possible connection between driver and machine and deliver the ultimate track driving experience in the way that only a McLaren can,” he added.

The Senna can crouch two inches when Track mode is activated, reducing drag and increasing grip. The wing can tilt forward to increase downforce or backward to take its main element out of the airflow to improve speed in a straight line. Inside the air intakes on both sides of the front bumper, there are two movable flaps used to increase or decrease aerodynamic grip at the front and keep the car in balance.

Clever designing led to the forged-aluminum wheels being made lighter, and center locks rather than studs make it possible for it to be designed symmetrically with nine spokes rather than 10. You know mass is a big issue when even the license-plate holders are designed to be easily detachable to improve aerodynamics on the track.

Seats are little more than padding on lightweight frames while the controls have been trimmed down to just a central touchscreen. It also features fixed glass below the beltline to maximize apex-spotting opportunities on the track. Every single bit to produce a true track weapon.

And just three days after the big reveal, McLaren announced it sold the last copy of this monster at a surprise auction. The winning bidder purchased it for USD2.68 million, which excludes taxes, and all the proceeds go toward the Ayrton Senna Institute, a non-profit organization in Brazil dedicated to providing education for young underprivileged people.

It is a magnificent car built by brilliant minds to honour an icon.