The Lunar Loo Challenge: NASA Wants You To Design A Better Toilet For Astronauts 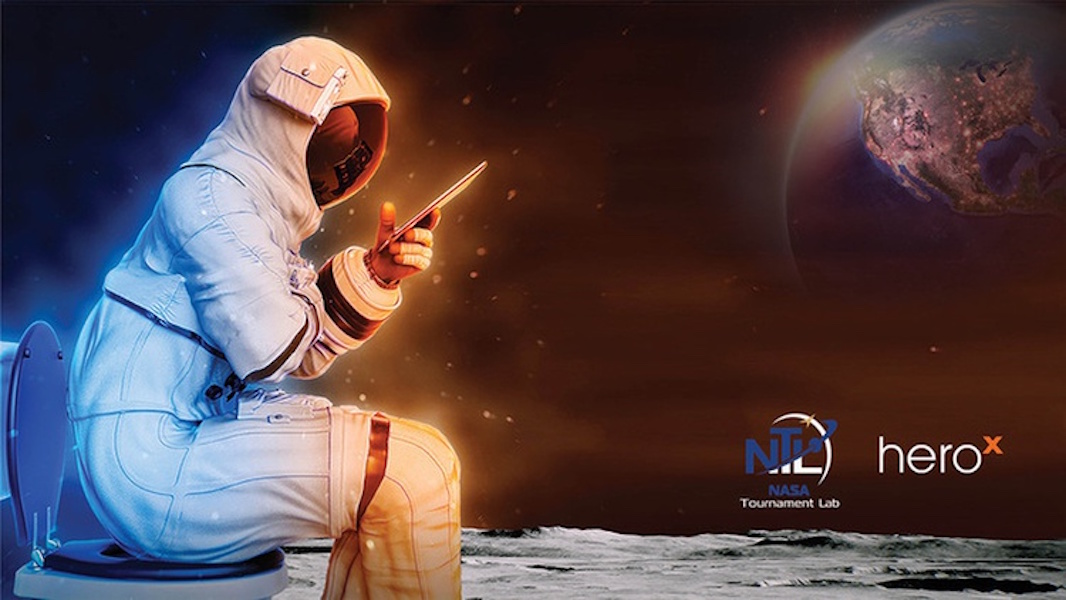 While the Apollo mission that first brought Man to the moon was a great leap for mankind, it wasn’t the same in the human waste elimination department. Astronauts back then had to relieve themselves in the most rudimentary way: they urinated into a rubber hose (that looks like a condom) connected to a bag.

Pooping was worse. Astronauts had to attach a plastic bag with a sticky ring around the opening to their *ahem* behind. The difficulty of this is evident and led to this recorded conversation taking place aboard the Apollo 10, while the crew prepared to leave the moon’s orbit:

Commander Tom Stafford: “Oh…who did it?”

Command module pilot, John Young: “Who did what?”

Lunar module pilot, Eugene Cernan: “Where did that come from?”

Stafford: “Give me a napkin quick…There’s a turd floating through the air.”

Toilet facilities in space have certainly improved since then but not much. On the International Space Station, No.1 goes into a cup attached to a hose with a fan inside to create suction; No.2 involves aligning your behind over a seat with a rather small hole and a similar fan system ensures that the waste enters the storage container.

How are Astronauts Going to Have Sex in Space?

Because they have needs too.

Now that the space race has been renewed (now between billionaires rather than countries, now to Mars and not just the moon), the least that NASA can do for their astronauts’ comfort is to give them a better toilet. They have therefore announced the Lunar Loo Challenge, a public competition to design the best space toilet for the agency’s lunar lander, which is expected to send humans, including the first woman ever, to the surface of the moon again in 2024.

NASA has a few requirements for the lunar loo, and that includes being no heavier than 15kg, no bigger than 0.12m2 , not more power-hungry than 70 watts and no louder than 60 decibels. It needs to accommodate females and males of all shapes and sizes, work for all sorts of liquids including menses, vomiting and diarrhea, and works in weightlessness while in orbit or microgravity when on the surface of the moon. Not child’s play, for sure, but if you think you want to have a go at it, the deadline is 17th August and the not-so-small prize is US$35,000.

Why So SeriousAbout 3 hours ago