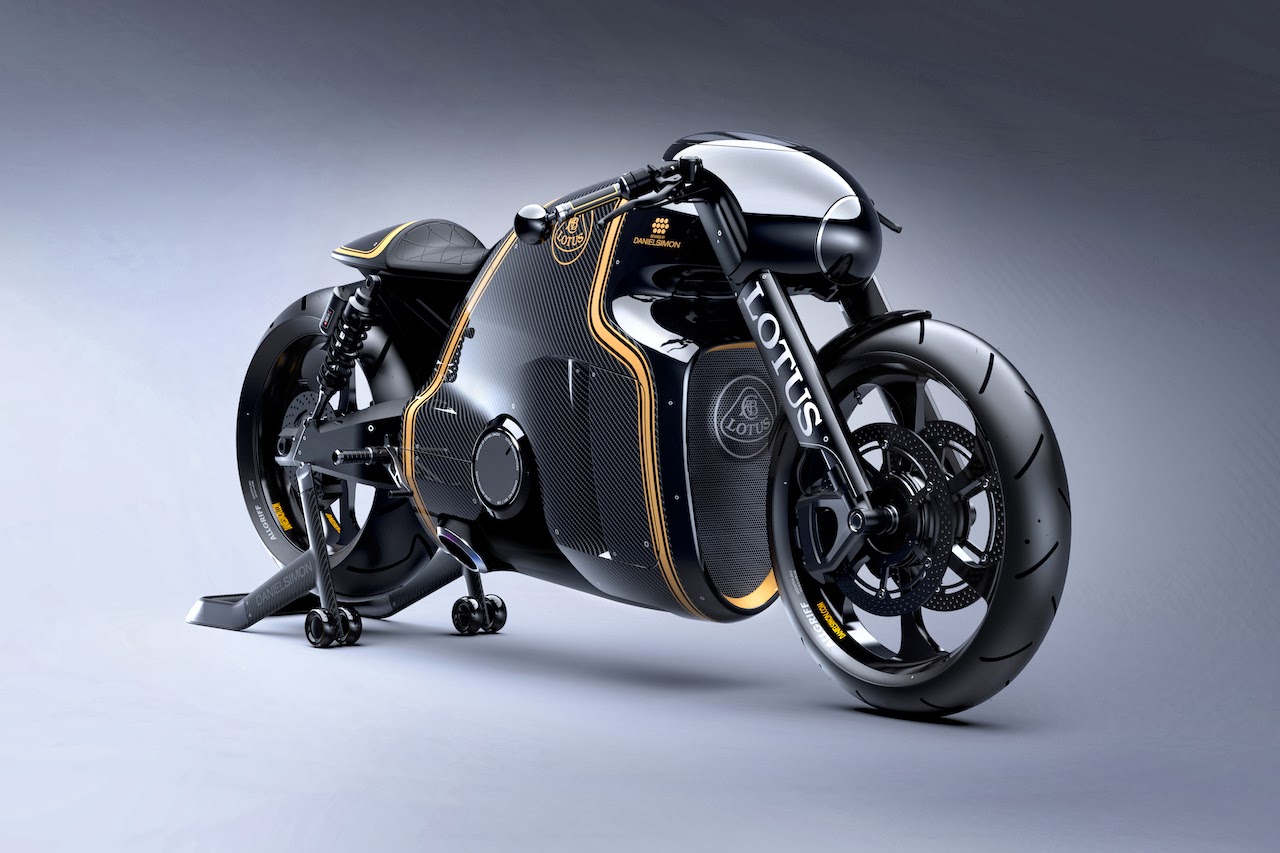 The TRON bike bursts through the screen into the real world.

The C-01 hyper bike will be the first bike EVER to bear the Lotus marque. Announced in June 2013, the hyper bike will have a distinctively futuristic design and incorporate cutting edge technology. The initial concept images show a machine that looks like it was imagined for a Hollywood sci-fi movie. Some people say that it looks very much like the Light Cycle from the Tron:Legacy movie, a make-believe machine that motorbike enthusiasts had coveted ever since the movie’s release.

Actually, the resemblance is not surprising, considering that the designer for both the fictional Tron bike and the real Lotus C-01 is one and the same; Daniel Simon is a German concept designer and is known as an automotive futurist, and was hired by Lotus Motorcycles last year.

The C-01 will be powered by a 1.2-litre, V-Twin KTM engine that generates a maximum of 200hp. The chassis is a steel, titanium and carbon fiber composite. The 65-inch wheelbase would make it ideal for drag racing, but quite uncomfortable for city riding. In comparison, a superbike’s wheelbase is usually around 55 inches, which makes a whole lot of difference.

The CEO of the Holzer Group, Güther Holzer, was among the first to ride the bike and enthused about it: “…I have to say I was very impressed. Together we have found that delicate balance between raw, aggressive power and breath-taking handling. The team has created something very special, it looks incredible, it sounds fantastic but above all, the ride is sensational. I’m very happy.”

Lotus will only produce a limited run of 100 bikes. Each will cost customers a sizable stack of cash, ie USD140 000. The high cost is due to the pricey carbon-fiber, titanium, and aerospace quality steel. But for enthusiasts, the chance to ride the ‘Tron bike’ may just be too tempting to resist.

Is Proton Still In Need Of A Foreign Partner?