The Italian Job: Thieves Use Backhoes to Open Armoured truck 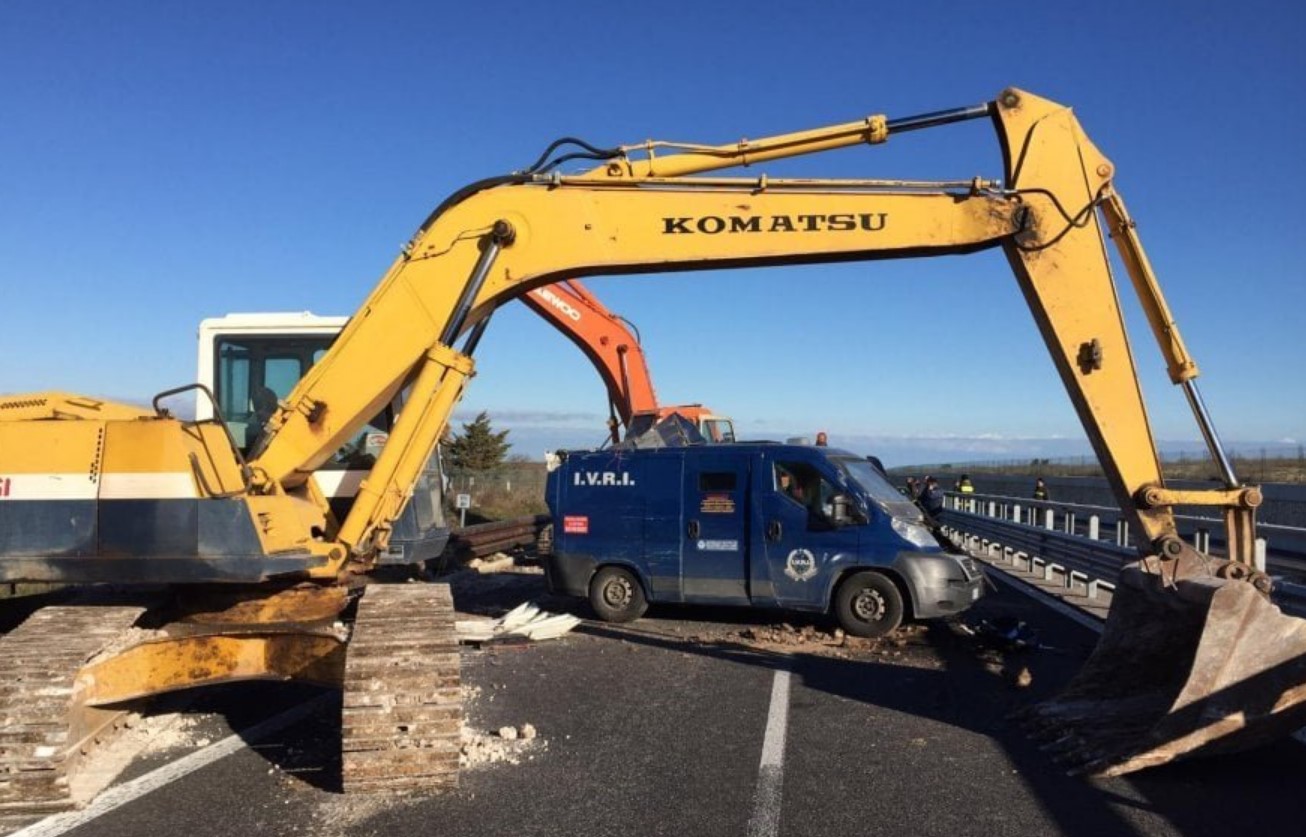 Nope, this story is not the plot from some new Hollywood film. But at first, it does sound very reminiscent of one. What happened along a stretch of motorway in the South of Italy could be put very firmly into the bizarre category, after the thieves robbed an armoured security truck using nothing more than a pair of backhoes.

Gone in about 60 seconds.

According to reports, the armoured truck was transporting about 2 million Euros that was destined to be distributed by the Italian Post office as pensions when the thieves struck….or was that dug? To start, a number of the thieves blocked the road with burning vehicles that forced the armoured truck to stop. Accomplices then snuck up behind the armoured truck in the backhoes (sorry, how is that possible?) and peeled the roof off the truck like a “tin of sardines”. The robbers were then free to take their loot and abscond, and all without firing a shot.

Fortunately for the crooks, the roadblock they had created also blocked the polices efforts to pursue them and they made a clean getaway. Locals had said that the construction equipment had been at the site for some days, but they paid no attention to it because there were roadworks nearby. Apparently, the attack happened so quickly that the guards had no time to raise the alert either.

Ghosn Will Go to Court...in Ropes and Handcuffs