The Fastest (Portable) Toilet in the World. Yes, It’s a Thing. 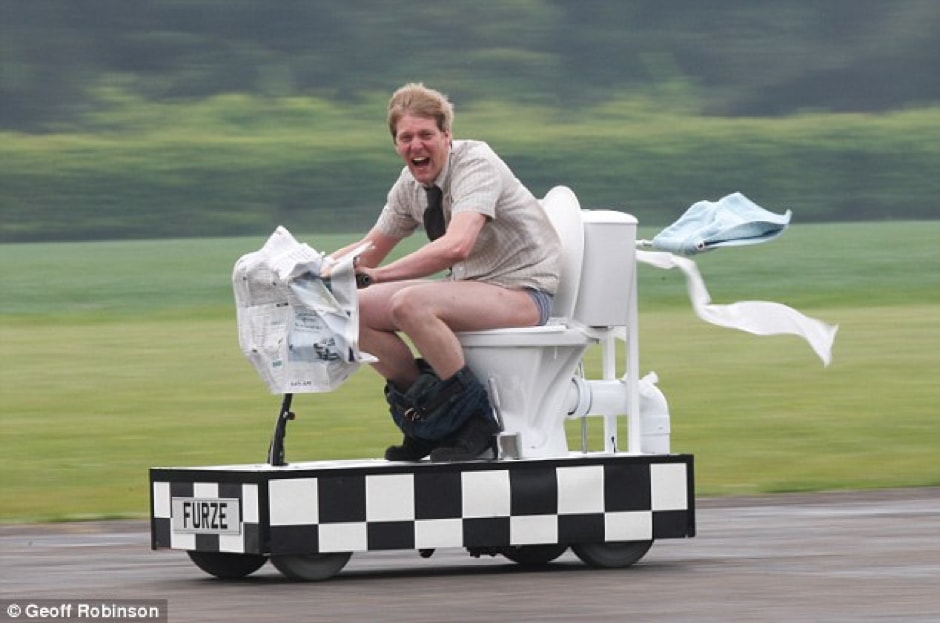 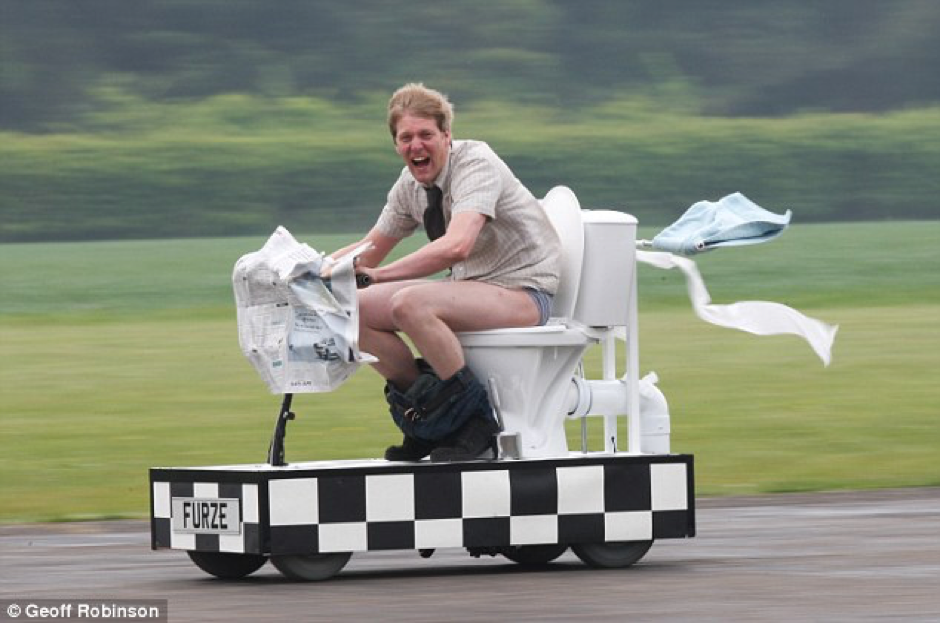 Racing and land speed records do not come cheap, so it was just a matter of time before some bored mechanics got to talking about who could get a toilet to go the fastest and, after bolting some wheels to an item that really is not supposed to be mobile, portable (though of course not exactly aerodynamically capable). Now, a whole new class of Land Speed Records could well end up in the Guinness Book of Records.

The current land speed record for a car is 763mph, a number that will not be that easy to beat on a paper-thin budget. So, Colin Furze decided that his one and only chance to claim a land speed record would be to create a niche event and, thereafter, he and some of his friends dived headlong into the toilet….toilet-racing, that is.

Furze managed to beat the previous mark set by none other than Ed China of Wheeler Dealers fame at the Shakespeare County Raceway, when he managed to get his portable-potty up to a staggering 52mph. Now, that is a fast toilet break.

Of course, in the barmy world of land speed records, this may well be the clarion call that awakens so many.  One such aficionado of the rapid toilet is a janitorial guy called Paul Sender, who has allegedly stuck a turbine engine to some of Sir John Crapper’s finest designs, in his bid to be the first person to exceed the 70mph mark.

Furze is every bit the eccentric British inventor who dreams up crazy ideas in his garden shed, which is in itself a great British tradition. Good luck to all the eccentrics out there. And at least we can rest assured that they are in the right place if it all gets a little too scary.  Enjoy the video: