The end of the road for Tollbooth Workers 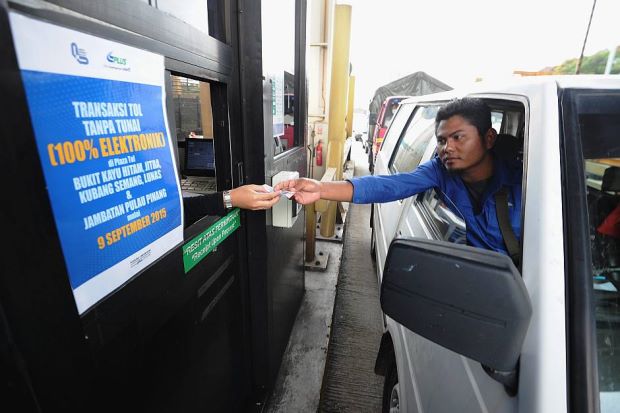 Automologist LING bids goodbye to tollbooth workers as PLUS automates all its tolls.

There was a time when Touch ‘n Go and SmartTAG had yet to be introduced to our roads. Every time we approached a tollbooth, we would have to fumble for change and drop it into an extended gloved hand belonging to a tollbooth worker. Sometimes the workers would be grumpy and do not make eye contact; who could blame them, being stuck in a tiny box for hours on end. Sometimes, especially during festive seasons and despite people balik-ing kampung in throngs, she/he would offer a friendly greeting and wish you selamat jalan, and you carry on feeling like you have been blessed by the highway gods.

As the tollbooths became increasingly automated, the number of manned booths has decreased. Since I bought my first Touch ‘n Go card in 1997, I have never had to interact with a tollbooth worker more than once or twice a year, when I had neglected to top up my card or when the boom barrier fails to rise. As of a few days ago, 27 April to be exact, all tolls operated by PLUS have gone cashless. Henceforth, to pass through these tolls, motorists have to use the PLUSMiles, Touch ‘n Go, MyKad or SmartTAG. Except for a few top-up lanes, the others will be fully automated. Even so, rather than queue in the lane to top up my card, I’d rather do it at one of the 9,000 top-up locations across the country, which includes petrol stations, convenience stores and my preferred option, ATM’s.

Speaking to Free Malaysia Today, PLUS Managing Director, Azman Ismail, said that the toll workers would be retained to offer help when problems arise at the toll lanes or they will be transferred to “other places”…like when Mom told you your beloved pet has also gone to a “better place”?

Instead of tollbooth workers, we will be confronted by a small squarish touch panel or (SmartTAG) sensor. So, we may lament the loss of human interaction as the roles of Man in transportation are slowly being taken over by machine (taxi and even Uber drivers next, with the advent of self-driving cars). But with the SmartTAG lanes capable of allowing 16 vehicles through per minute and the TnG lanes 10 vehicles per minute, compared to the 3 vehicles per minute rate of cash lanes, the transition is inevitable.

So I want to take a moment to mourn the loss of tollbooth workers, a role that is joining the ranks of jobs that have become extinct, like switchboard operator and bowling pinsetter (oh yes, bowling pins used to be rearranged by hand, usually that of little boys). Farewell to the workers of tollbooths; they once made long journeys on the road a little less monotonous and a lot less lonely.

5 Types of Drive-Thru's in Malaysia