The DS 7 Crossback. Technically, It’s Not a Citroen 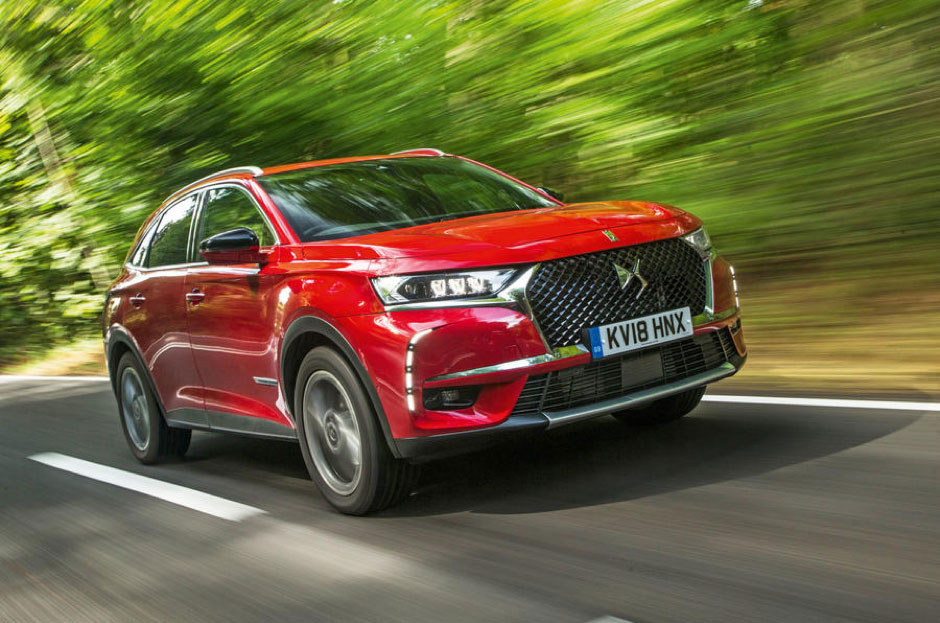 Automologist MAC takes the new DS 7 for a spin, with his kids in the backseat. Does he approve? More importantly, do they?

We don’t do many car reviews but when we do, I personally normally decline the assignment. So, why then did I happily volunteer to review the new Citroen DS 7. Well, to put it simply, I have always had a bit of a soft spot for Citroen. They have steadfastly refused to be mainstream and have generally offered slightly quirky vehicles. The company also has a proud history for innovation as well, with the likes of the first mass-produced front-wheel-drive car, the Citroen Traction Avant, and hydropneumatic suspension. 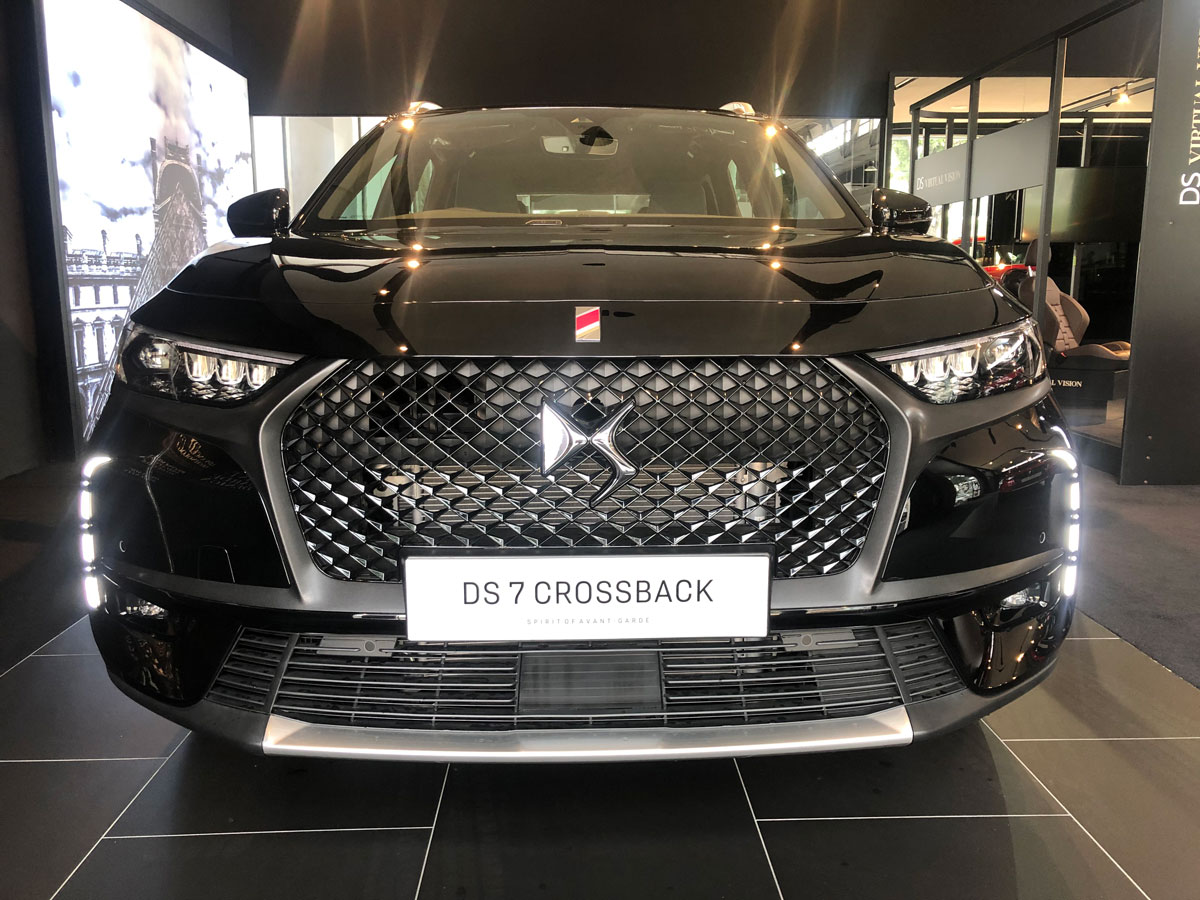 But then, technically, this is not a Citroen but a DS, which is the new luxury brand intended to sit above Citroen, in much the same way Lexus and Toyota share the same DNA but different market positions.

So, on the appointed day, I eagerly took delivery of a brand new DS7 Crossback. To be frank, at first glance, I was a little underwhelmed with the look of the vehicle. Sure, the big gaping front grille gives the vehicle an air of purpose, but this high-sided SUV could be from almost any manufacturer. However, this is a Citroen and should therefore, by definition, be different, right But then, DS Automobiles are trying to build a mid-sized SUV and there are only a certain number of ways you can do that.

The list of ‘Highlights’ on the spec sheet is impressive and as I eased myself into the driver’s seat, I was immediately impressed by the interior. Masses of Alcantara leather adorn just about every surface, giving the car an air of unmistakable luxury. The cabin is dominated by two screens, one behind the steering wheel where you get all of your driving data, and the other in the central console where aircon, radio, etc are found. But really, this is a minimalist interior. 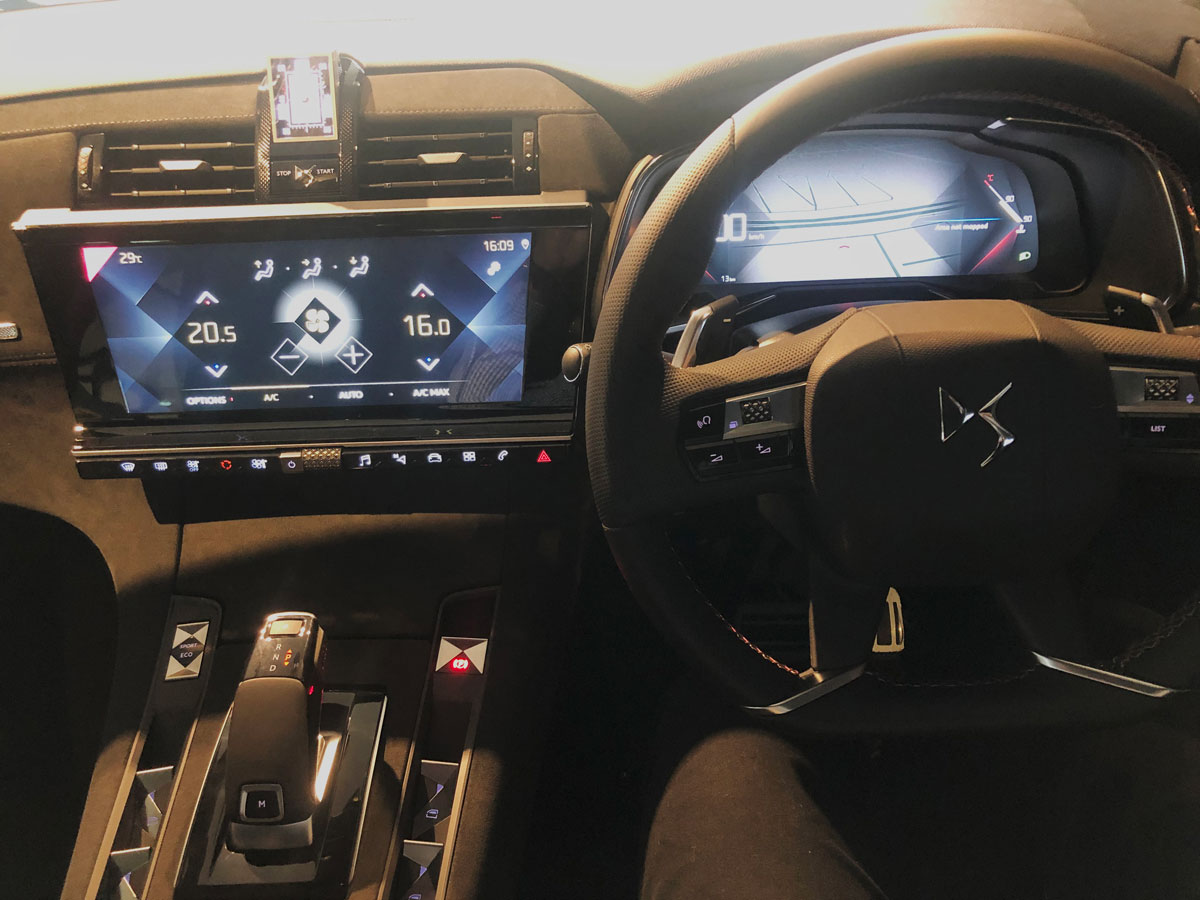 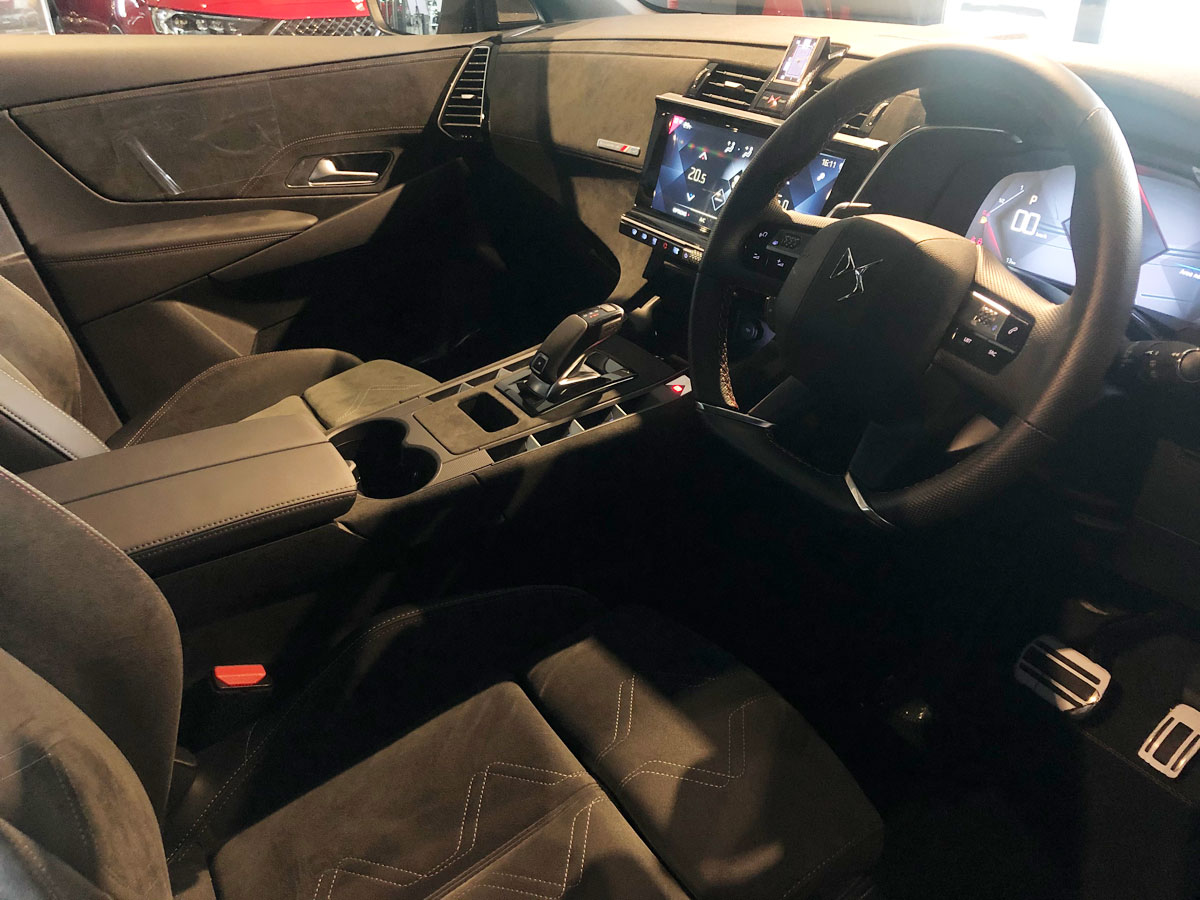 As you start the engine, you are greeted by a rather cool ‘light show’—my kids loved it. First impressions are important and those lights will entertain for years, but they are not just for show. The DS Active LED Vision Headlights have six different modes that are selected by the car itself, which automatically moves the LED light pods to spread the light, for instance, around a corner. Another feature of the DS is the new night vision, which is an infrared system that will throw a box around a target, but this is a premium item in Europe and alas my test vehicle was not fitted with it.

Once I had worked out the slightly odd “gear stick”, I eased the car into drive and took off, but not very quickly. This is not a fast car by any means, with a 1600cc engine that puts out 165 PS once you get to 6000 rpm; you only really have a 0-100kph of 10.2 seconds according to the manufacturer. The twin high-pressure turbos do make the car responsive once you have gotten out of the parking lot, but I do not get that this was a car built with performance in mind. No, this car was built for comfort and luxury and it does deliver that in great big dollops. Yes, there is a little body roll in high-speed corners but you never really feel out of control.

Probably the Best SUV on the Market.

The Fastest SUV in the World!

Around town navigating through the KL traffic, the DS 7 provided adequate visibility and I really didn’t feel like I was in a really big car, which it is. Once I got out of town and onto a highway, then the car came into its own. It was like driving on a carpet. Barely any road noise and the inevitable humps and bumps encountered on the road seem to pale into insignificance. Yes, this was an ultra-smooth ride; in fact, at one point it was almost like I was in my favourite and very comfortable armchair, but in a good way—and my kids loved the reclining rear seats. 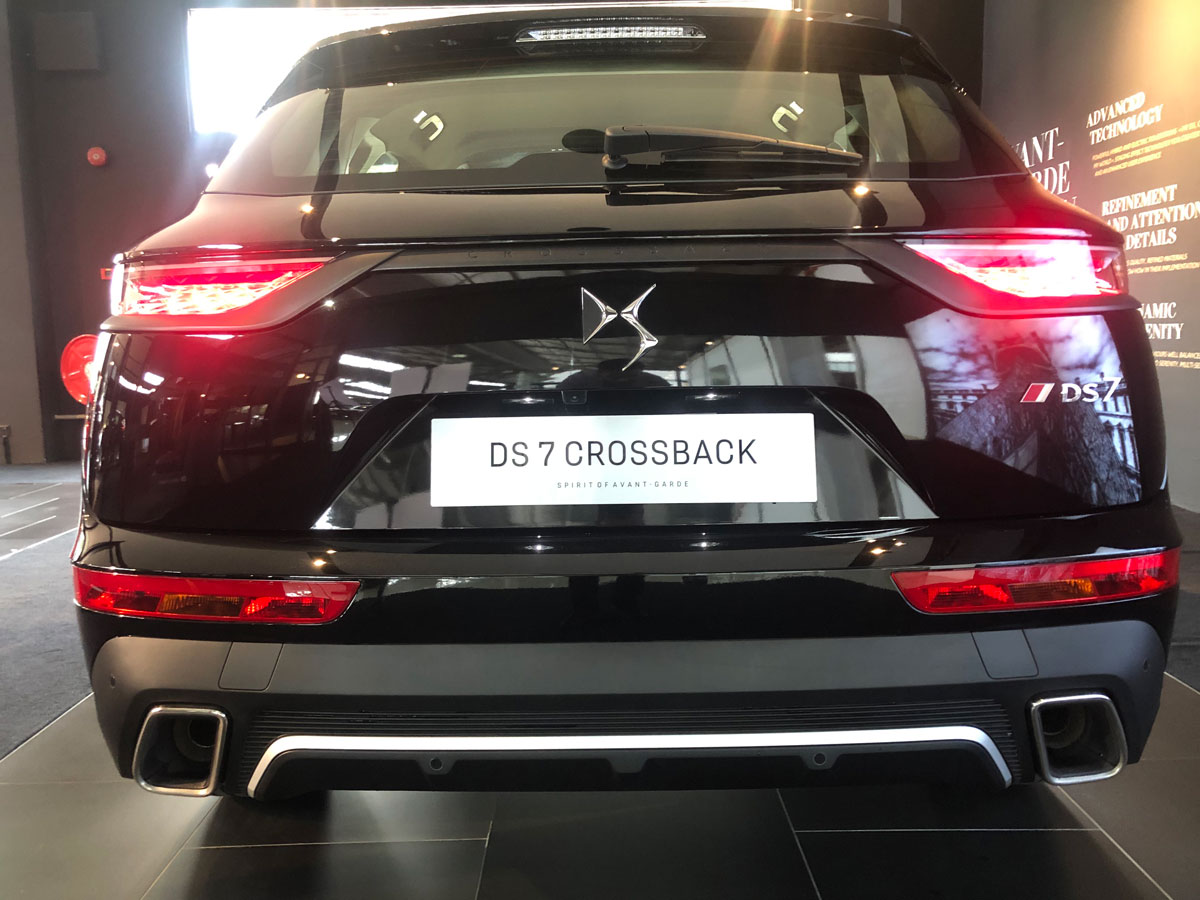 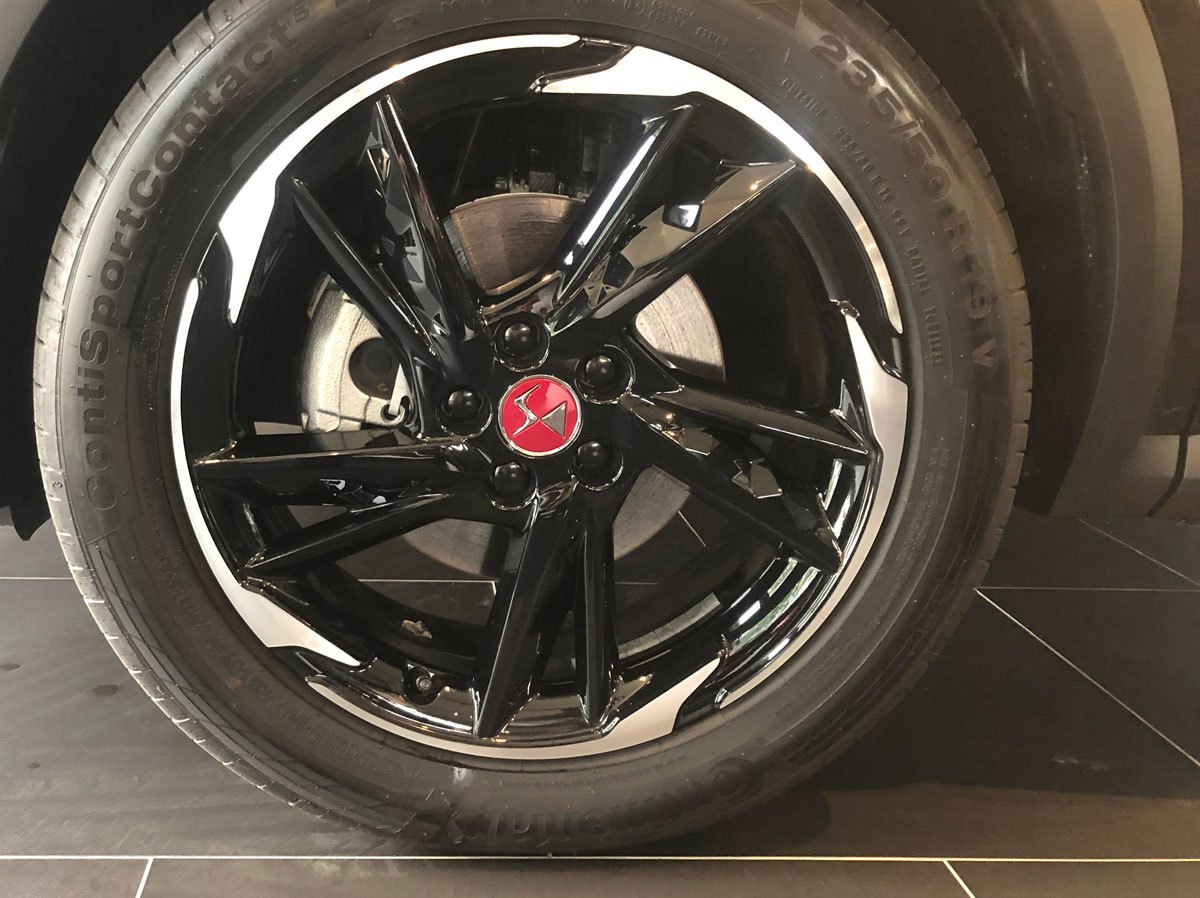 The DS 7 was definitely designed to make a statement and in most ways, it does that—providing a car that is of Audi Q5 spec but at a much more affordable price. In a way, this is a French attempt to break into the SUV market, currently dominated by the Germans by using some of their savoir-faire. Pick out a high spec version of the DS 7 and I am sure you will not be disappointed—you will, though, be a little different and that is a good thing. 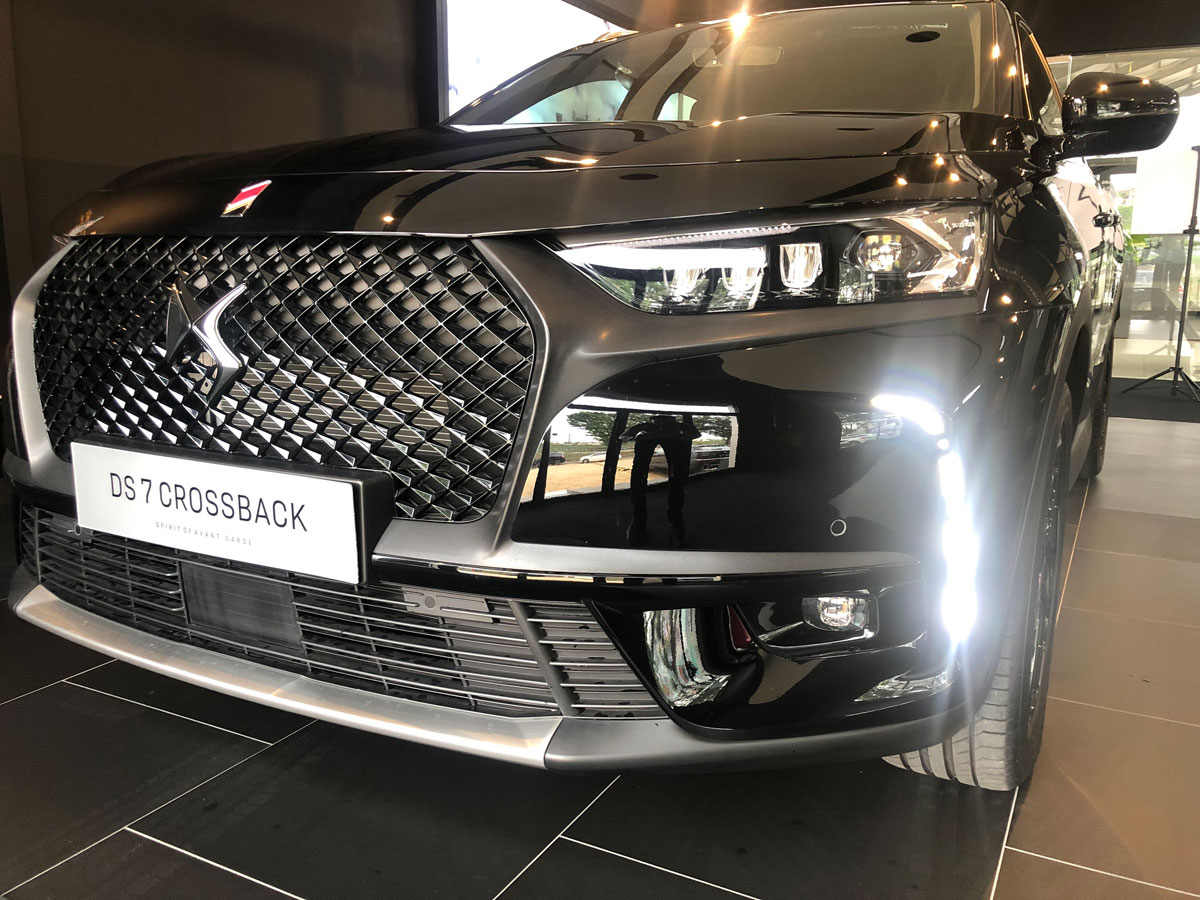 6 Myths and 5 Truths About Saving Fuel

More in malaysia
Should E-Scooters Come with a Public Health Warning?
February 11, 2019