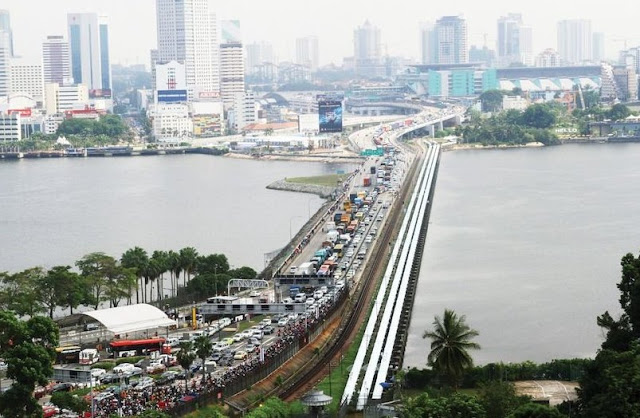 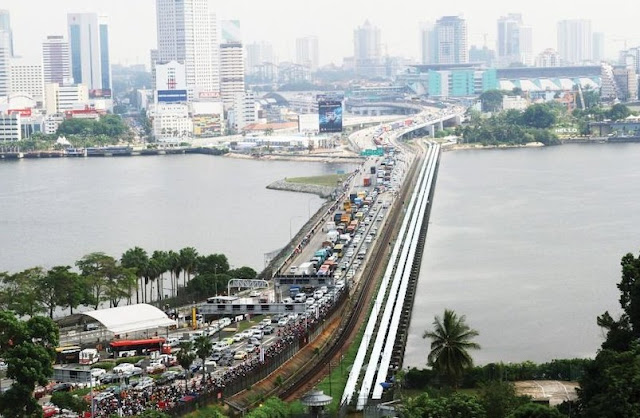 It was just about a year ago that ‘frenemies’ Singapore and Malaysia got into a tiff when the Republic raised Vehicle Entry Permit (VEP) fares for cars entering the island. The raising of fee from SG$20 to SG$35 per day for foreign-registered cars and the quadrupling of fee for goods vehicles, from SG$10 to SG$40, caused the Malaysian transport authority to respond by proposing an entry fee for Singapore cars entering Malaysian soil. (see: Singapore Raises Vehicle Entry Permit; Malaysia Reacts).

The Malaysian entry fee was supposed to commence in August this year, but was postponed to September. Now, a month before the new entry fee comes into effect, Malaysia is requiring that all Singapore vehicles register with its Road Transport Department if they want to enter into the country, a rule which will also begin on 1 September. The new mandatory registration applies to all vehicles, even diplomatic cars.

Online registration will commence on 15 August and a RM10 fee is required as “road charge”. Alternatively, owners of Singaporean car number plates can register at the Causeway and Second Link, or R&R areas nearby. Registrants will receive an RFID card, which will be valid for five years and is non-transferable to new cars.

There will be a one-month free “pass” in the month of September, when all registered vehicles will be allowed through the Johor checkpoints without having to pay the RM20 VEP fee per entry. Although government vehicles, motorcycles, public buses and taxis are exempt from the VEP, these vehicles will still have to be registered with the RTD.

According to the Malaysian Deputy Transport Minister, Datuk Abdul Aziz Kaprawi, the VEP system will be extended to the Malaysia-Thailand border in mid-2016 with likely the same fee amount.

Naturally, the Singaporean Ministry of Transport (MOT) is not happy and has said that it will “consider” matching the new Malaysian VEP in “some form”. In a press statement, the MOT said that it has asked the Malaysian authorities for more details on the new registration policy. “Such costs and inconveniences could discourage Singaporeans from going to Malaysia, in particular Johor, for leisure purposes such as shopping, entertainment, sight-seeing, holiday, et cetera,” a spokesperson said.

While the two transport ministries engage in a war of one-upping the other, it is the everyday motorists who have to bear the additional costs when entering/exiting either way. Here, we are reminded of a Malay proverb “Gajah bertarung lawan gajah, pelanduk mati di tengah-tengah”, which translates to “When elephants fight, the deer dies in the middle.”