Thailand, the ‘Detroit of Southeast Asia’ 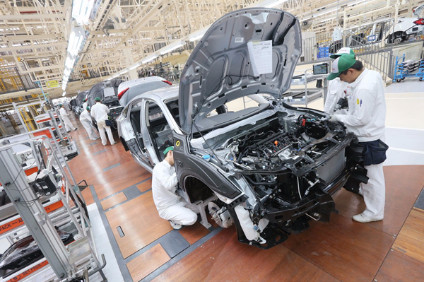 In 2017, it was the 12th largest auto manufacturer in the world, with 1,988,823 vehicles produced, according to statistics from the OICA (Organisation Internationale des Constructeurs d’Automobiles). (http://www.oica.net/)

Of course, runaway leader China is miles ahead, so to speak. The People’s Republic produced 29 million vehicles last year. But in Southeast Asia, Thailand has a healthy lead compared to the second highest producer, Indonesia, which produced 1.2 million vehicles.

Automakers like Mazda, Mercedes-Benz, Ford, Mitsubishi, Toyota, Nissan, Isuzu, GM and Isuzu have been assembling vehicles in Thailand since the 1950s and 1960s. Volvo, Honda and Volkswagen later followed suit.

There are many factors that propelled Thailand to this lead; here are three of them:

The government has initiated numerous tax incentives that are favourable to foreign investors. Once a company relocates to Thailand, it is exempted from corporate income tax for eight years. The automotive hub in Rayong in the eastern province offers reduced corporate tax rates of up to 50%. Apart from that, the government also offers land ownership rights for foreign investors and smooth visa and permit processes for foreign auto advisers.

Geographically, Thailand has convenient ports and airports which allows the ease of export. Most of the auto parts are sourced and made locally. In a welcome note to investors in 2016, Korbsiri Iamsuri, Director of Thailand’s Board of Investment, North America, stated that Thailand has over 2,400 automotive component manufacturers operating in the country, with 709 of them being OEMs (original equipment manufacturers), nourishing this burgeoning market.

In addition, the free trade agreement with the nine other countries of the Association of Southeast Asian Nations is another perk: Automakers in Thailand pay zero or highly reduced tariffs for exporting autos within the region.

Labour in Thailand is much cheaper than in developed nations and powerhouse China, but fairly similar to its Southeast Asian counterparts. Another fact that sets them apart is the skill and experience of the workforce. Not that other countries don’t have the skill or experience, but the ROI and vast number of skilled workers make Thailand an ideal place for auto-manufacturing.

To maintain this dominance, the government is also keen to attract eco-friendly and electric car production—part of its ambitious new US$45 billion project approved in February, known as the Eastern Economic Corridor. This project comprises numerous trade and development initiatives, whereby the government will continue to provide tax breaks and fast-track visas to investors, as well as the ability to rent land for up to 99 years!

The sun is definitely shining brightly in the ‘Land of Smiles’.

EV Suppliers NOT Bullish About Rise In Demand