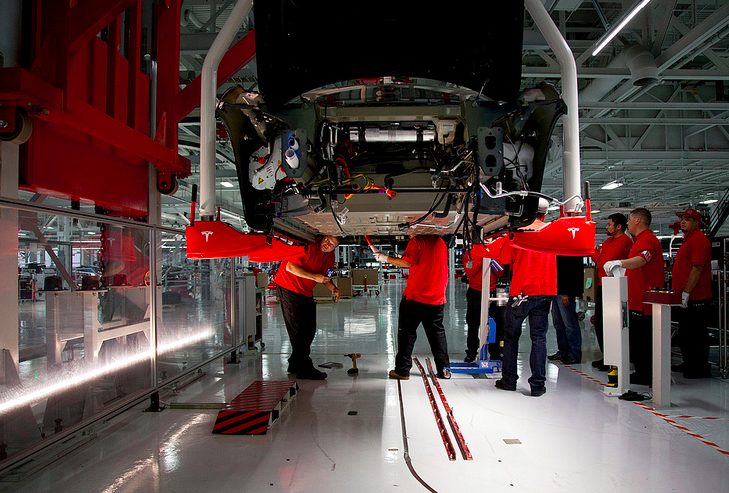 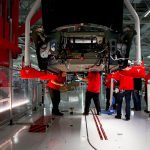 While the NHTSA was still investigating the two Model S engine fires that plagued Tesla with a lot of negative press, the hotshot electric car manufacturer decided to act. Since 6 March 2014, all Tesla vehicles are manufactured with a triple underbody shield and the automaker promised to retrofit all older versions with the same shield upon request, at no additional charge.

The shield comprises of an aluminium bar that will absorb the impact or deflect any stray object on the road away from the battery pack; a strong yet light titanium plate further protects the frontal underbody and another aluminium protrusion functions as additional impact absorber and deflector, and allows the vehicle to ramp over immobile and solid objects.

The two fires under investigation were ignited when the vehicles drove over road debris: one was a tow hitch and the other an unidentified metal object. These objects had punctured the li-ion battery pack which lies at the bottom of the Model S. In the announcement of the new shielding, Musk specifically chose to show, with two others, an animated gif image of the test vehicle running over a three-ball tow hitch (first image below) and spewing it without a hitch (pun intended).

Musk continues to insist that these battery fires are rare and that the company had been unjustly portrayed by the media, but he also said that this new protection should “bring this risk down to virtually zero to give Model S owners complete peace of mind.”

The NHTSA was satisfied with the additional safety feature and in its report of the investigation, it was written, “Tesla’s revision of vehicle ride height and addition of increased underbody protection should reduce both the frequency of underbody strikes and the resultant fire risk. A defect trend has not been identified. Accordingly, the investigation is closed.”

Although titanium is an expensive material, it is an insignificant addition to the cost compared to the more than USD70 000 price tag of the Model S. It is also a cheaper alternative to, say, redesigning the battery pack or paying off lawsuits and losing sales from a potential scandal, like the one General Motors is facing now for ignoring a problem which caused the death of 13 people (read: Barra’s Woes Run Deeper).

However, Tesla intends to launch a cheaper model by 2015, which should sell for only about USD40 000. Will this ‘budget’ model come with the triple-shield as well? Or does safety come with a price? We hope that the answers will be ‘yes’ to the first question and ‘no’ to the second.

How Big Is Your Dog, Bernie?