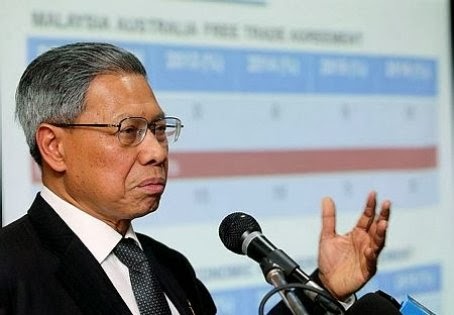 Malaysians have been waiting with bated breath for the National Automotive Policy 2014 which was finally unveiled early last week.

As anticipated, not eagerly, the import tariff and excise duty waiver for hybrid and electric cars was discontinued. However, in lieu of that, the government is encouraging local manufacturing of EEVs as part of its effort to restore Malaysia as a serious contender in the regional automotive industry. Until 2003, Malaysia was the top passenger vehicle manufacturer in South East Asia, but today tails behind Thailand and Indonesia by a large margin (see Thailand Leads Car Sales In SEA). Last year, Malaysia produced 543 892 passenger vehicles, but only exported 20 000 of them. Already, the country’s vehicle to people ratio is the highest in the region, and with a population that is a sliver of Indonesia’s, there is only so much more that domestic consumption can take.

This is seen as an opportunity for local players to finally achieve global competitiveness. The country’s national car company, Proton, has already produced three prototype electric cars modeled on the Persona, Exora and Saga, which even managed to clinch awards during the RAC’s 2011 Future Car Challenge. Proton has announced that they will be ready to launch their hybrid car by end of 2014 and their electric car by 2015.

The boost to EEV production will no doubt help the NAP’s goal of increasing exports of passenger vehicles to 250 000 units in six years’ time, a small amount compared to Thailand and Indonesia, but a great improvement to current export total nonetheless and a step closer to becoming a net exporter.
Another major concern of Malaysians is the reduction of car prices, with added urgency now amidst the various price hikes that include daily necessities like electricity, petrol, diesel and sugar. Datuk Seri Mustapa reiterated that the ruling government is committed to its election promises regarding the reduction of car prices by up to 30% within five years, but he remained vague with details. According to him, excise duties will not be lowered at the present moment, but will be considered upon improvement of the country’s finances. Under the last NAP in 2009, the deadlines for the termination of Open APs is by 2015 and Franchised APs by 2017. Issuance of APs are limited to only 10% of the total number of locally-assembled cars in the preceding year – there is a fine line between protecting the local automotive industry and mollycoddling it. Industry observers, however, are skeptical that AP removal will happen and expect it to rematerialise in another form. Nonetheless, due to Malaysia’s commitment to ASEAN and WTO, the country is obligated to adhere to free trade policies, so citizens can only hope that international pressure will eventually obliterate the publicly loathed APs. Meanwhile, Malaysians can only wait…some more.

Another matter that was addressed during the NAP announcement was the contentious end-of-live vehicle policy that was hotly debated by the masses towards the end of last year. Datuk Seri Mustapa confirmed that the policy will not be implemented and that owners of old cars are simply encouraged to send their cars for safety checks voluntarily. The government will not be limiting the checking services to any one centre. Previously, the talk around town was that checking service had to be conducted at the government’s Puspakom centres, which interestingly have been plagued with corruption allegations and whose inspectors are presently under the Malaysian Anti-Corruption Commission’s (MACC) watch.

Flying Cars To Become A Reality